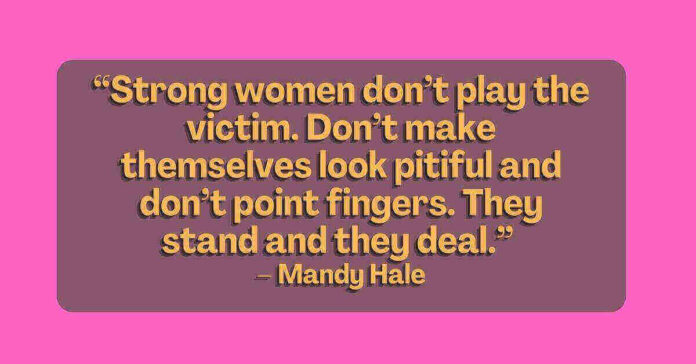 1. “Every great dream begins with a dreamer. Always remember, you have within you the strength, the patience, and the passion to reach for the stars.” – Harriet Tubman

2. “I know my worth. I embrace my power. I say if I’m beautiful. I say if I’m strong. You will not determine my story. I will.” – Amy Schumer

3. “Some people say I have attitude–maybe I do…But I think you have to. You have to believe in yourself when no one else does – that makes you a winner right there.” – Venus Williams 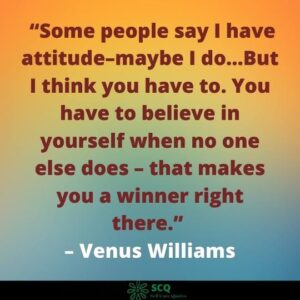 4. “No matter where you are in life, you’ll save a lot of time by not worrying too much about what other people think about you. The earlier in your life that you can learn that, the easier the rest of it will be.” – Sophia Amoruso

6. “Alpha females don’t run in packs. She is often alone. Keeps her circle small. Knows her power and works in silence.” – Anonymous

7. “The term ‘alpha female’ originated in my field of animal behavior, but has acquired new meaning. It refers to women who are in charge, for example, by flirting and dating on their own terms.” – Frans de Waal

9. “An empress does not concern herself with the antics of fools.” – Gabrielle Union

10. “I am learning every day to allow the space between where I am and where I want to be to inspire me and not terrify me.” – Tracee Ellis Ross 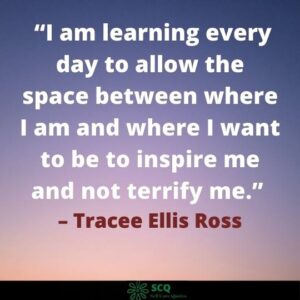 13. “The strongest actions for a woman are to love herself, be herself, and shine amongst those who never believed she could.” – Anonymous

14. “I am too intelligent, too demanding, and too resourceful for anyone to be able to take charge of me entirely. No one knows me or loves me completely. I have only myself.” Simone de Beauvoir

16. “She remembered who she was and the game changed.” – Lalah Deliah

17. “You control your own life. Your own will is extremely powerful.” – J.K. Rowling 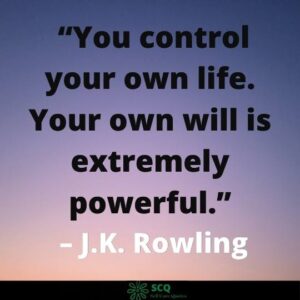 21. “I attribute my success to this – I never gave or took any excuse.” – Florence Nightingale

22. “First principle: never to let one’s self be beaten down by persons or by events.” – Marie Curie

23. “It’s tougher to be vulnerable than to actually be tough.” – Rihanna

24. “The secret to using power is not to use it. Just having it is enough.” – Jessica Alba

27. “Nothing is going to be handed to you — you have to make things happen.” – Florence Griffith Joyner

28. “It’s not about perfection. It’s about purpose.

29. “I’m not going to limit myself just because people won’t accept the fact that I can do something else.” – Dolly Parton 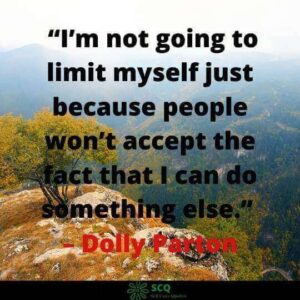 30. “I am a strong woman. I don’t sit around feeling sorry for myself, nor let people mistreat me. I don’t respond to people who dictate to me or try to bring me down. If I fall, I will rise up even stronger because I am a survivor not a victim. I am in control of my life and there is nothing I can’t achieve.” – Anonymous

31. “An Alpha Female accepts the battles of life and is empowered by her scars.” – Anonymous

32. “If you can dance and be free and not be embarrassed, you can rule the world.” – Amy Poehler

33. “Don’t waste your energy trying to educate or change opinions; go over, under, through, and opinions will change organically when you’re the boss. Or they won’t. Who cares? Do your thing, and don’t care if they like it.” – Tina Fey

34. “She would rather walk alone in darkness than follow anyone else’s shadow.” – R.G. Moon

35. “Sometimes you gotta be a beauty and a beast.” – Nicki Minaj

37. “Truly powerful women don’t explain why they want or deserve respect. They simply don’t engage with those who don’t give it to them.” – Anonymous

38. “An Alpha Female loves, forgives, walks away, lets go, tries again, and preservers not matter what life throws at her.” – Alpha Female Quote

39. “There are some people who still feel threatened by strong women. That’s their problem. It’s not mine.” – Gloria Allred

40. “Be and alpha female. Confident, bold. Not afraid of anything.” – Shilpa Negi

42. “She is the one who is happy to admit that her failures are as valuable for learning as her successes.” – Lorraine Candy 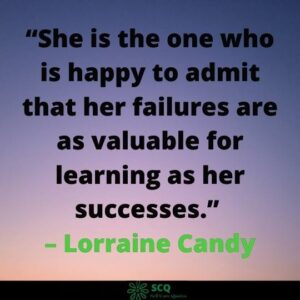 43. “You must do the things you think you cannot do.” – Eleanor Roosevelt

44. Never ever mistake her silence for weakness. Remember that sometimes the air stills, before the onset of a hurricane.” – Nikita Gill

45. “An Alpha Female is a strong woman who raises others up instead of tearing them down.” – Anonymous

46. “The thing about an alpha, male or female, is that they can lead. When things get desperate they attack instead of retreat.” – Kristen Chandler

47. “You could certainly say that I’ve never underestimated myself, there’s nothing wrong with being ambitious.” – Angela Merkel

48. “Don’t limit yourself. Many people limit themselves to what they think they can do. You can go as far as your mind lets you. What you believe, remember, you can achieve.” – Mary Kay Ash

49. “Mindset separates the best from the rest.” – Jo Owen

50. “There is no greater warrior than a mother protecting her child.” – N.K. Jemisin