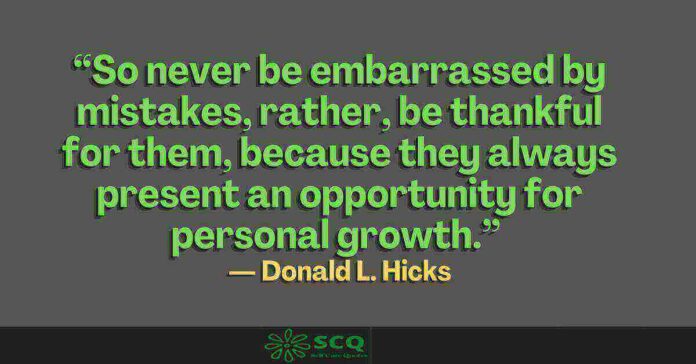 1. “The fragility of love is what is most at stake here—humanity’s most crucial three-word avowal is often uttered only to find itself suddenly embarrassing or orphaned or isolated or ill-timed—but strangely enough it can work better as a literal or reassuring statement than a transcendent or numinous or ecstatic one.”
― Christopher Hitchens

3. “It is easy to display a wound, the proud scars of combat. It is hard to show a pimple” ― Leonard Cohen

4. “Embarrassment is a villain to be crushed.” ― Robert Cialdini

5. “They probably have me up on a poster by now. Warning: this girl is emotionally unstable. Do not allow near hot beverages.” ― Abby McDonald 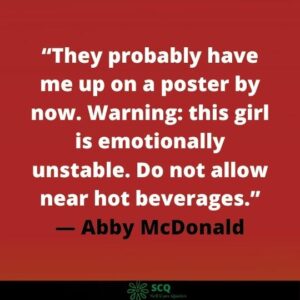 6. “I’d violated the primary rule of junior and senior high– don’t get people talking about you too much. This was wearing the brightest shirt on the playground. This was Mom giving you a kiss in the lobby.” ― Darin Strauss, Half a Life

7. “Observe the behavior of the butterfly, and chase no one, for they will only elude you.” ― Michael Bassey Johnson

8. “Yes. And also, if it’s okay by you, I’d like to shut up now… Or possibly just go somewhere and swallow my face.” ― Lesley Livingston

9. “Most of us say what everyone else says, or we say nothing at all, so we won’t look like fools.” ― Meg Waite Clayton 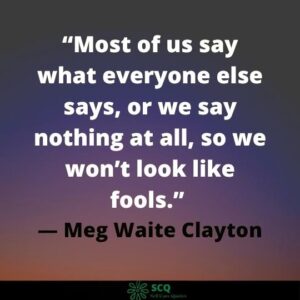 10. “Most of my friendships had faded over the last year because I’d isolated myself and hidden from the embarrassment of my daily life.” ― Stephanie Land, Maid: Hard Work, Low Pay, and a Mother’s Will to Survive

12. “The government is an embarrassment to its citizens.” ― Steven Magee

14. “An embarrassed mind thinks their fart echoed across the mountains.” ― Lirzod Basha

15. “Mae’s first impulse was to die of shame, but she realized after a hot, stomach-clenching moment that this was probably impractical.” ― Sarah Rees Brennan

16. “So never be embarrassed by mistakes, rather, be thankful for them, because they always present an opportunity for personal growth.” ― Donald L. Hicks

19. “I’ve met plenty of embarrassing parents, but Kronos, the evil Titan Lord who wanted to destroy Western Civilization? Not the kind of dad you invited to school for Career Day.” ― Rick Riordan

20. “Have you ever noticed how parents can go from the most wonderful people in the world to totally embarrassing in three seconds?” ― Rick Riordan 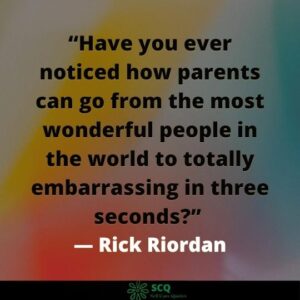 21. “Anyone who isn’t embarrassed of who they were last year probably isn’t learning enough.” ― Alain de Botton

22. “Say you’ll marry me when I come back or, before God, I won’t go. I’ll stay around here and play a guitar under your window every night and sing at the top of my voice and compromise you, so you’ll have to marry me to save your reputation.” ― Margaret Mitchell

23. “I’ve been embarrassing myself since about birth.” ― Phil Lester

24. “An open Facebook page is simply a psychiatric dry erase board that screams, “Look at me. I am insecure. I need your reaction to what I am doing, but you’re not cool enough to be my friend. Therefore, I will just pray you see this because the approval of God is not all I need.” ― Shannon L. Alder

25. “And now I’ve got to explain the smell that was in there before I went in there. Does that ever happen to you? It’s not your fault. You’ve held your breath, you just wanna get out, and now you open the door and you have to explain, ‘Oh! Listen, there’s an odor in there and I didn’t do it. It’s bad.” ― Ellen DeGeneres

26. “Once when I had remarked on the affection quite often found between cat and dog, my friend replied, “Yes. But I bet no dog would ever confess it to the other dogs.” ― C.S. Lewis, The Four Loves

27. “There are some socks that shouldn’t be washed by your mom.” ― Becky Albertalli

28. “He hated being filled with terror. It was embarrassing.” ― Rick Riordan, The Blood of Olympus

29. “Most true things are kind of corny, don’t you think? But we make them more sophisticated out of sheer embarrassment.” ― Michel Faber

30. “Why must this be so mortifying? Oh, that’s right. Because its my life.” ― Tessa Dare, Romancing the Duke 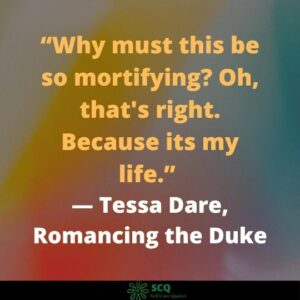 31. “Nothing is as irritating to a shy man as a confident girl.” ― Mokokoma Mokhonoana

32. “There is one thing that has disappeared, not just from the U.S. but from the entire world, is the idea of ever being embarrassed by anything.”
― Fran Lebowitz 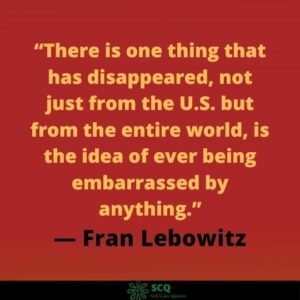