1. “If you are a complete perfectionist, then the truth is that this ice skating business will drive you a little crazy!” – Dorothy Hamill.

2. “Without strength and courage it’s really hard to perform at the highest levels of international figure skating, because you’re alone on the ice and you only have seven minutes over two nights to prove yourself.” – Scott Hamilton. 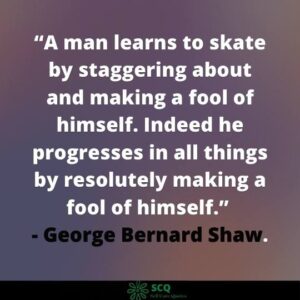 4. “I think you learn how to fall well when you’re figure skating. Your reflexes are very acute.” – Jud Tylor.

5. “Probably the ’86 nationals. That was my first real national title and first real statement I ever made in figure skating, and my life changed after I returned.” – Debi Thomas.

6. “I remember watching the 2002 Olympic Games and watching the men’s event. I just started figure skating, and I remember thinking how cool it would be to be there.” – Max Aaron.

7. “At school I fought sometimes. Kids were saying that figure skating is sport for the girls. Then I had to prove them wrong.” – Evgeni Plushenko.

8. “Sometimes my skating allows me to do things I never dreamed possible.” – Kurt Browning.

9. “If you don’t know a lot about figure skating, it’s easy to fall in love with ice dancing because it’s so romantic and so theatrical.” – Dorothy Hamill.

10. “I love figure skating and what I am able to express creatively. I want to leave a legacy in the sport.” – Patrick Chan. 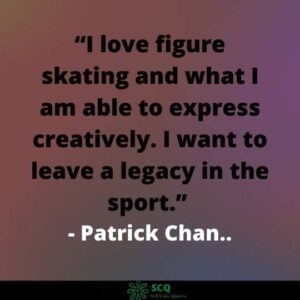 11. “And the fact that I liked to show off and be the center of attention really lends itself to figure skating very well.” – Scott Hamilton.

12. “I was passionate. I found something that I loved. I could be all alone in a big old skating rink and nobody could get near me and I didn’t have to talk to anybody because of my shyness. It was great. I was in my fantasy world.” – Dorothy Hamill.

15. “When I was younger, I always dreamed of being a legend, to be remembered in figure skating.” – Michelle Kwan.

17. “The problem with winter sports is that — follow me closely here — they generally take place in winter.” – Dave Barry. 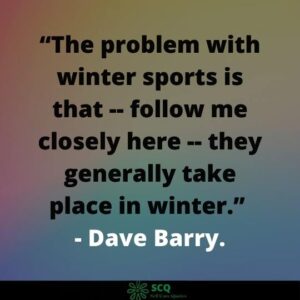 19. “I’m excited to watch slope style and halfpipe. And then, of course, when my events are done, I get to go to hockey, which is always entertaining. I also like figure skating. I think every girl grew up watching figure skating.” – Julia Mancuso.

20. “Ice dance should not be seen as a rigid conformist form of figure skating. There is a great deal of freedom and originality to be had.” – Robin Cousins.

21. “I just try to touch people’s hearts in a way through skating, so they’re not just witnessing a performance, they’re feeling a performance and they’re a part of it.” – Scott Hamilton. 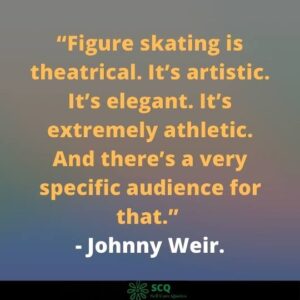 23. “It’s everything for me. Without figure skating, I am nothing.” – Evgeni Plushenko.

24. “Ice skating is very difficult. It takes a lot of discipline and a lot of hard work. It’s fun, but you are there on the ice every morning freezing and trying to do these moves and these tricks.” – Michelle Trachtenberg.

25. “I learned so much through skating: setting goals, taking failures, finding my power and using my voice.” – Tessa Virtue.

26. “In figure skating, your body can only last for so long. I can’t be 50 and trying to skate but I can be 50 and be in fashion, so I have to look to my future and what I want to achieve.” – Johnny Weir.

28. “There’s always that first step in skating, from dry ground to slick ice, when it just seems impossible. Impossible that two thin blades of metal will support you, impossible that because its molecules have begun to dance a little slower water will hold you up.” – Carol Goodman.

30. “Skating is big in Chicago. There’s a lot of hockey; a lot of the boys play hockey. And figure skating is big.” – Joan Cusack. 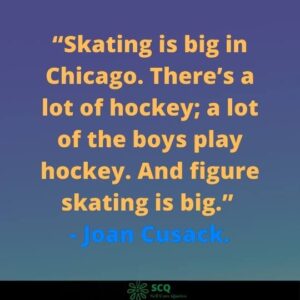 32. “Hearts shall dance once again; when canvas of ice is painted with the brush of skates.” – Shah Asad Rizvi.

33. “Everything that I’ve ever been able to accomplish in skating and in life has come out of adversity and perseverance.” – Scott Hamilton.

34. “My mother introduced me to many different things, and figure skating was one of them. I just thought that it was magical having to glide across the ice.” – Debi Thomas.

35. “Skating is an amazing form of self-expression. It’s like my soul at play.” – Josee Chouinard.

36. “Figure skating is a mixture of art and sport.” – Katarina Witt.

37. “Love your sport. Never do it to please someone else; it has to be yours. That is all that will justify the hard work. Compete against yourself, not others, for that is who is truly your best competition.” – Peggy Fleming.

38. “In figure skating, you have four minutes to do your best. It’s your time; you do your best.” – Michelle Kwan.

39. “Figure skating has been a great influence for me. I took dance at the School of American Ballet, which helped my own skating. And whether you are a skater or a dancer, without sounding narcissistic, it is all about looking in the mirror.” – Vera Wang.

40. “I love skating and sparkling and flying around the ice, and people clap for you. It’s an amazing feeling.” – Johnny Weir.

41. “In this crazy, crazy world of figure skating, it is easy to focus on a name or a target. But when you are going after someone, it really only holds you back from what you are capable of yourself.” – Ashley Wagner.

42. “My skating is a very emotional thing that comes from the heart, never doing it for the medal.” – Debi Thomas.

43. “Society is like a large piece of frozen water; and skating well is the great art of social life.” – Letitia Elizabeth Landon.

44. “Music is fun, but I’m an ice skater. I may sing songs and do shows, make movies and other things…that’s all well and good and I enjoy it, and I would never trade any of those for anything. But figure skating is who I am.” – Johnny Weir.

46. “I don’t know the secret to success, but I’m pretty sure the closest thing is preparation.” – Michelle Kwan.

47. “It seemed to me that life was a giant ice skating rink, and I was the only one who didn’t have skates. Most people fear death. I don’t. I’m only afraid of not living. I don’t want to be the one behind the ice rink fence, watching other people having fun.” – Milena Veen.

48. “I wouldn’t be face-washing anyone in real life. I’d be skating to the bench real fast to get away.” – Patrick Kane.

49. “And the fact that I liked to show off and be the center of attention really lends itself to figure skating very well.” – Scott Hamilton.

Top 50 Quotes About What Matters Most In Life