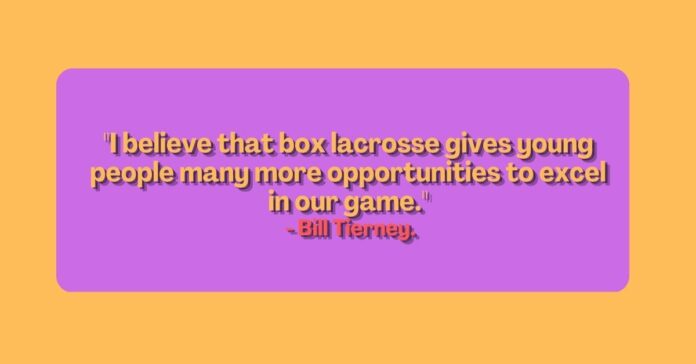 1. “Lacrosse is fast-paced and I like fast-paced games. It’s demanding physically and has the hardest conditioning of any sport…You are always running if you are not sprinting. It’s constant movement.” -Aaron Gray.

2. “It’s not too often around here that you find someone with the lacrosse experience he has.” -Dean Curtis.

3. “In another 10 years, lacrosse will be what everybody’s kids are playing.” -Gary Husmann. 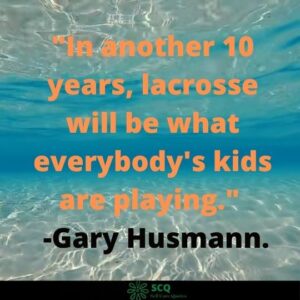 4. “Football is definitely a team sport. Without one person doing the right thing, the whole team falls. At Navy and in lacrosse, the off-the-field leadership comes into play, you know so if one person is slacking off, we’ve got everyone making sure everyone is pulling their own weight. It’s like that in football too.” -Sean Price.

5. “It’s lacrosse that helped teach me to spin off checks, take shots and protect the puck under pressure.” -John Tavares.

6. “You can play lacrosse all over the world provided you know where the goalposts are.” -Peter Greenaway. 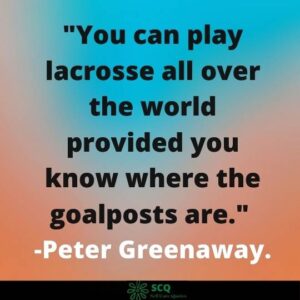 7. “There are guys who play lacrosse, and there are lacrosse players. -Brendan Mundorf.

8.”I believe that box lacrosse gives young people many more opportunities to excel in our game.” -Bill Tierney.

9. “There are two times of the year that stir the blood. In the fall, for the hunt, and now for lacrosse.” -Oren Lyons.

10. “Being a part of the finesse and physicality of box lacrosse has been a great experience for me. I feel that I have learned and improved as an overall lacrosse player. Learning to adapt in tight space while reading defenders and offensive players has been the biggest improvement in my game.” -Paul Rabil.

12. “Until box lacrosse grows in the United States, it’ll continue to be this way.” -Bill Tierney. 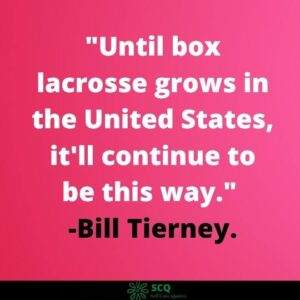 13. “I’d rather play lacrosse six days a week and football on the seventh.” -Jim Brown.

14. “Great champions have an enormous sense of pride. The people who excel are those who are driven to show the world and prove to themselves just how good they are.” -Nancy Lopez.

15. “I played street hockey in Riverside Park when I was a kid. I played goalie. I didn’t make the hockey team in college, so I played lacrosse instead.” -John Katzman. 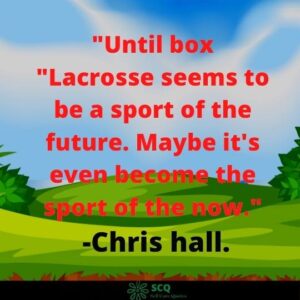 17. “One of the biggest benefits of playing box for a young lacrosse player is in the development of lacrosse IQ. Because everyone plays with a short stick [in box lacrosse], you have to focus on being a complete lacrosse player versus specializing as an attackman or d-man. That is how your IQ grows and skills improve.” -Peter Lawrence.

18. “Lacrosse goals are attained not by strength but by perseverance.” -Felicity Luckey.

20. “When you watch Canadian kids [Box Lacrosse Players] score, when you see their skill level around the cage, you wonder to yourself, ‘Jeez, are we teaching kids [in the U.S.] the wrong things?” -Dom Starsia.

21. “When you talk about Lacrosse, you talk about the lifeblood of the six nations. The game is ingrained into our culture and our system and our lives. (the Mohawk, Oneida, Onondaga, Cayuga, Seneca, and Tuscarora).” -Oren Lyons.

22. “In lacrosse, the momentum changes so quick. Would we like to turn 3-0 into 6-0? Sure, but it’s not realistic with the talent in this league. Teams are going to battle back.” -Ed Comeau.

23. “I’m a lacrosse player and I’m not rowdy. I was an altar boy, the kids here know the difference between what’s on the field and off.” -Jack Moran.

25. “I was just a big guy running down with a big, deep pocket and little short stick putting it against my chest.” -Jim Brown.

26. “Attitude is a little thing that makes a big difference between lacrosse success and lacrosse failure.” -Felicity Luckey.

27. “I thought lacrosse was what you find in la church.” -Robin Williams.

28. It’s a family; lacrosse is not like any other sport, it’s more of a way of life.” -Adam Gardner. 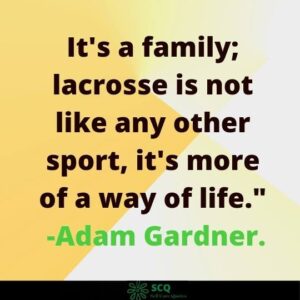 29. “Our goal was to bring lacrosse to Marion County. It’s different from football, basketball and soccer. It’s something new here. The game is very exciting and it moves quickly.” -Yvonne Smith.

30. “There aren’t any great men. There are just great challenges that ordinary men like you and me are forced by circumstances to meet.” -William Halsey.