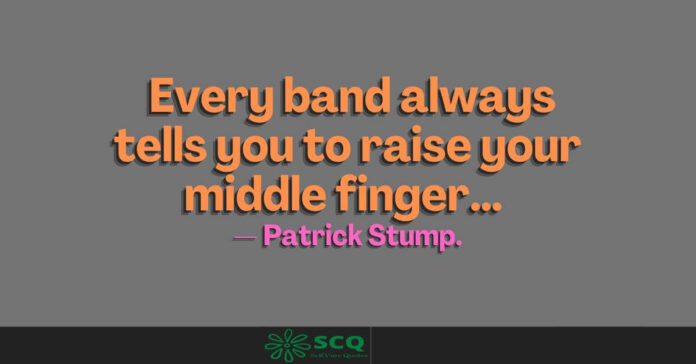 2. I was born with the biggest middle finger on Earth. — Eminem.

3. From one king to another, know that I’m giving you the middle finger right now.” And he was, with a smile. — J.R. Ward. 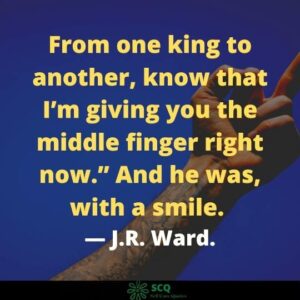 4. And what? Accidentally cuts off three fingers postmortem? ‘Oops, oh, no, my girlfriend just died! Clumsy me, in trying to perform CPR, I chopped off some fingers! Guess I’ll just take them with me…. Oh, darn, where did that middle finger go? — Barry Lyga.

5. Even though we’re not the most punk rock band, the way we’ve done things is pretty punk rock. Just kinda say it with a big middle finger to the record labels and do it ourselves. — Brandon Thomas.

6. Whenever I get upset, I remember that it takes 42 muscles to frown and only 4 to stick up your middle finger. — John Rzeznik.

7. I was helping my mom grind meat at our butcher shop, and it just hypnotized me. I don’t remember sticking my hand in, but it sheared off the three middle fingers and left me with a pinkie and a thumb. — Jon Tester.

8. I am Classic Rock Revisited. I revisit it every waking moment of my life because it has the spirit and the attitude and the fire and the middle finger. I am Rosa Parks with a Gibson guitar. — Ted Nugent.

9. I didn’t invent the middle finger, but I perfected the use of it. — Ted Nugent. 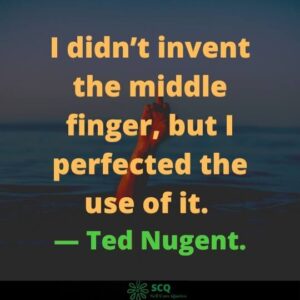 10. My middle finger getting a boner whenever I think of you. — Unknown.

11. I was not born with enough middle fingers. — Wiz Khalifa.

13. I always hit ‘Ignore Call’ with my middle finger. — Unknown. 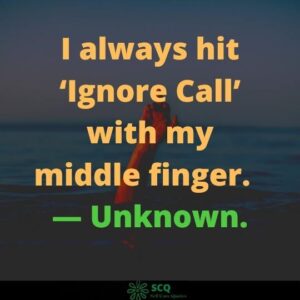 15. I have never, not once, gone on television and not received some email or tweet or comment about my hair. Without fail. Isn’t that absurd? All it does is make me want to shape my bangs into a sort of middle finger-like sculpture. — Sally Kohn.

16. Even though we’re not the most punk rock band, the way we’ve done things is pretty punk rock. Just kinda say it with a big middle finger to the record labels and do it ourselves. — Brandon Thomas.

17. Answer hopelessness with a defiant smile and a raised middle finger. — Daniele Bolelli.

18. I stared up at the sky and raised my middle finger, just in case God was watching. I don’t like being spied on. — Annabel Pitcher.

19. A middle finger is more New York than a corporate ambush. I bleed for my hometown, and I’d die for my fans. — Lady Gaga.

20. Reacting to the world with a smile instead of a curse, a wave instead of the middle finger, will actually help you live longer. — Russell Simmons. 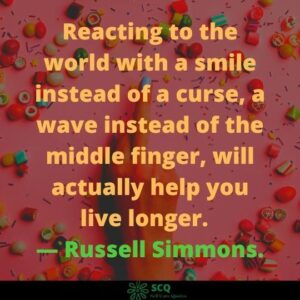 22. Sometimes there are no words to describe how we feel about some people. Thank God, He gave us the middle finger. — Unknown.

23. I have often thought that with any luck at all I could have been born a werewolf, because the two middle fingers on both my hands are the same length, but I have had to be content with what I had. — Shirley Jackson.

24. I have a heart tattoo on the inside of my middle finger on my left hand. — Emilia Fox.

25. I think punk rock, especially for me, was a big middle finger to this whole talent thing. — Mike Watt.

26. There’s always that one person that makes you want to raise your middle finger every time they speak to you. — Unknown.

27. And people like you are the reason we have middle fingers. — Alexandra Bracken.

28. It takes 42 muscles to smile. Instead pick up your middle finger and say “bite me”! — Sherrilyn Kenyon.

29. Sometimes one middle finger isn’t enough to let someone know how you feel. That’s why you have two hands! — Unknown.

30. You can sit right on my middle finger for the night. — Lil Wayne.

31. That invisible hand of Adam Smith seems to offer an extended middle finger to an awful lot of people. — George Carlin. 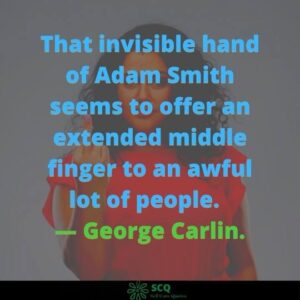 32. That invisible hand of Adam Smith’s seems to offer an extended middle finger to an awful lot of people. — George Carlin.

33. That’s why your middle finger close to your ring, coz it’s either love or hate there ain’t no in-between. — Mike Stud.

34.Every band always tells you to raise your middle finger… — Patrick Stump.