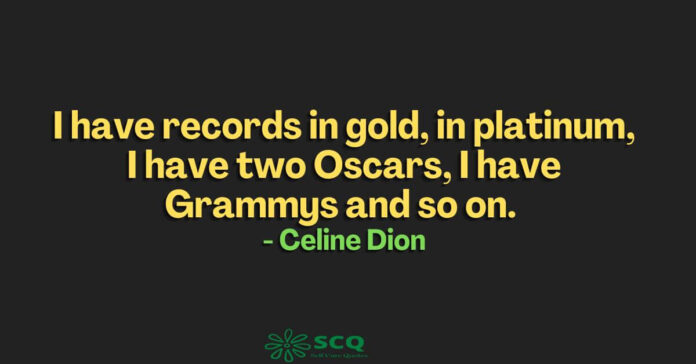 1. Smash together the Grammys, Oscars, Emmys, and Tonys, and you get the Green Room at the Kennedy Center Honors. — Nell Scovell

2. My favourite moment from the Oscars was when Brando didn’t attend and sent a Native American woman to talk about Wounded Knee. She delivered a very unpopular and lengthy monologue about the injustice for indigenous people in North America. It was one of the greatest moments in American television. — Anohni

3. I’ve wanted to come to the U.S. since I was 8 years old. Every single year, my mom and I watched the Oscars. I always told her, ‘I want to do that when I grow up. I want to tell stories; I want to be an actor and director.’— Eugenio Derbez 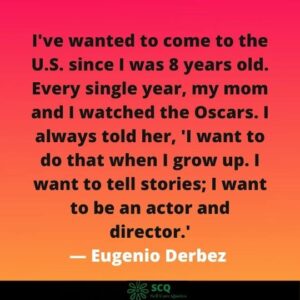 4. Fashion is something I’ve always been interested in… I used to watch the Oscars but paid no attention to the awards… It wasn’t until I started attending red carpet events and was flown out to Paris for my first show, and saw how much is put into it all, that I had this new appreciation for everything. — Hailee Steinfeld

5. I have an awards cabinet in my studio where I keep my eight Oscars, my 11 Grammys, my seven Golden Globes, and my Tony Award. — Alan Menken

6. I would like Albert Brooks to have received the Oscars for best actor, best director and best screenplay for ‘Modern Romance.’ I love that movie. — Andy Kindler 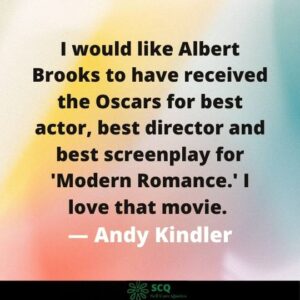 7. I have records in gold, in platinum, I have two Oscars, I have Grammys and so on. Celine Dion

8. When I’m off the golf course, and my wife and I have free time, which is not very often, we really enjoy movies. I’m a movie nut; she might even be more so. Holiday in our house is the Oscars. — Zach Johnson

9. I love watching the Oscars and seeing everybody saying all that ‘it’s an honour just to be nominated’ rubbish. Then you see their faces when the split screen comes up as the winner is announced – the losers are all smiling through gritted teeth and looking as if they just swallowed half a pound of soor plooms. — John Niven

10. I think Chris Rock at the Oscars was a great example. I thought that was intellectually hilarious. The Gap starts a war with Banana Republic… That to me was funny. — Christopher Meloni

11. The success of Indian music at the Oscars is a great achievement. — Gulzar 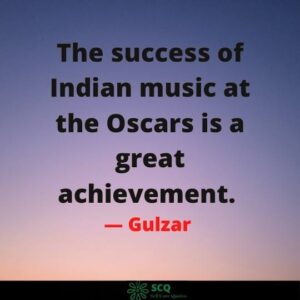 12. I never dreamed I would be producing the Oscars. That was a huge deal for me. Brett Ratner Born in the silent era, with the first ceremony hosted by Douglas Fairbanks at the Roosevelt Hotel, the Oscars are a tradition in a business that doesn’t have much of it, and the biggest spectacle in a business that’s often nothing but. — Steve Erickson

13. It’s not about what’s a good or bad score at the Oscars, rather what’s exposed to the ears more. — Alexandre Desplat

14. Tinseltown is eerily silent when The Oscars, The Emmys and The Grammys, The Sag Awards, and The Golden Globes aren’t in full swing. Amanda Eliasch I ain’t gonna win no Oscars.— Randy Orton

15. I love wearing dresses that hug the body, but then, at the Oscars, I had a big dress, and I really loved that. It’s a style I never thought I would wear, but I saw the dress, and I was like, ‘Oh my God, that’s it!’ — Camila Alves

16. The most important thing is to continue to be yourself. The day after the Oscars, you have to get on with your life. To be honest and true to yourself. — Roberto Benigni 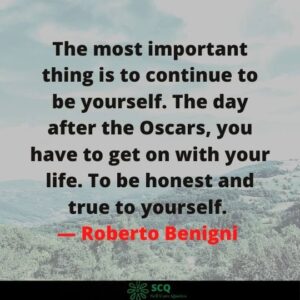 17. People have a preconceived notion about who I am and it’s interesting. It’s like picking who you want to win for the Oscars and not seeing the movie. Before you make a statement about someone, get all the information and see everything before you make a judgment. — Amanda Bynes

18. When I was five years old, I remember watching the opening of the Oscars with my mother and crying as I watched celebrities walk in on the red carpet. Why would any child cry watching the Oscars? For me, the reason was simple: I wanted to be there so badly that I burst into tears. — Ainsley Earhardt

19. I would say that, first of all, if you have the honor of being chosen to produce the Oscars, you usually get only one crack at it. We were the first people in sixteen years to do it three times in a row, and it was one of the most profound experiences you could ever imagine. — Craig Zadan

20. Jimmy Kimmel has proven to be a preeminent voice in comedy, with 15 seasons of ‘Jimmy Kimmel Live’ under his belt and successfully tackling the herculean task of hosting both the Emmys and the Oscars in the same season. — Channing Dungey

21. I really don’t care about the Oscars. — Gaspar Noe

23. For American The Oscars are about the dynamics of that moment, of that season. It reflects what’s been going on in the world every year through the movies. And a lot of times, what’s popular at the movies is popular because of what’s going on in the world at that moment. Bruce Vilanchfilmmakers, the Oscars is like a mystic thing. For me, it was being in a mirror of my dreams when I was dreaming of Hollywood when I was an adolescent. — Bernardo Bertolucci

24. To go to the Oscars for Moneyball – that was pretty amazing. And to be able to go work with Kathryn Bigelow – that’s going to be pretty sweet. Hopefully I don’t have to go back to being a waiter. That’s still my main goal. — Chris Pratt 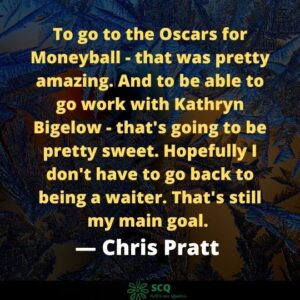 25. People win ‘Oscars’, and then it seems like they fall off the planet. And that’s partly because a huge expectation walks in the room and sits right down on top of your head. —Halle Berry

26. I didn’t think I was gonna be playing on the Oscars or anything. — Elliott Smith

27. The Oscars have become such a big deal these days that it’s just used as adjective. — Mira Sorvino

28. They make a humongous profit, but the people that work on the shows don’t get paid a lot because they’re working on the Oscars show. It’s the biggest show in the world. — Bruce Vilanch

29. As a general rule, I don’t plan to travel with my Oscars, but we may have to make an exception. — Paul Haggis

30. One of the more noble things the Oscars can do is pay attention to movies no one knows about. Blockbusters don’t need much help. — Jeff Daniels

31. When we talk about Oscars, it’s almost as a symbol of excellence, and the American public and the worldwide public accept that symbol. So, a movie like ‘The Artist’ that costs $14 million, has to go out and compete with movies that cost $140 million. How does David deal with Goliath? — Harvey Weinstein

32. I have a great job writing for ‘The Office,’ but, really, all television writers do is dream of one day writing movies. I’ll put it this way: At the Oscars the most famous person in the room is, like, Angelina Jolie. At the Emmys the huge exciting celebrity is Bethenny Frankel. You get what I mean. — Mindy Kaling