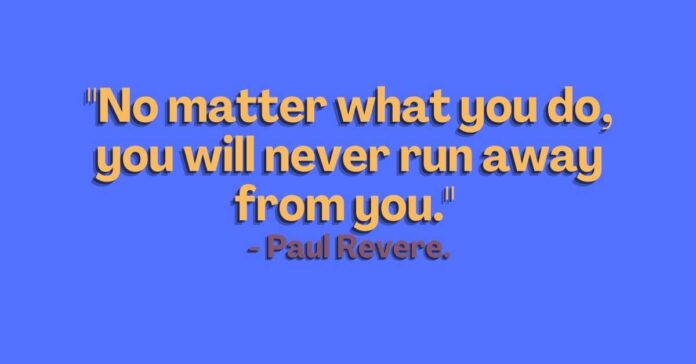 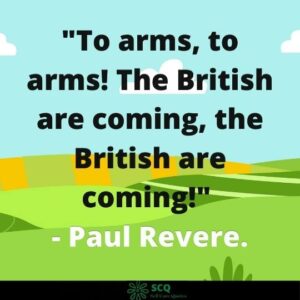 3. “If the British march by land or sea from the town to-night, hang a lantern aloft in the Belfry Arch of the North Church tower, as a signal-light.”
– Paul Revere’s Ride’. 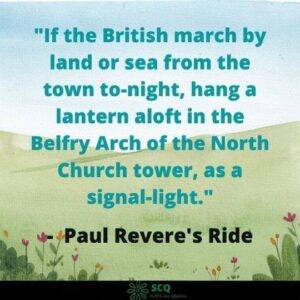 4. “I knew what they were after; that I had alarmed the country all the way up, that their boats were caught aground, and I should have 500 men there soon. One of them said they had 1500 coming.” – Paul Revere.

5. “I on the opposite shore will be, ready to ride and spread the alarm through every Middlesex village and farm, for the country-folk to be up and to the arm.”
– Paul Revere’s Ride. 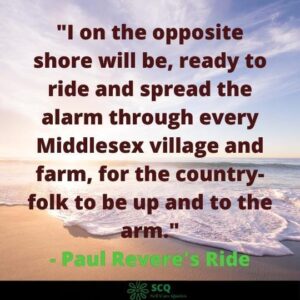 6. “In Medford, I awaked the Captain of the Minute Men; and after that, I alarmed almost every house, till I got to Lexington.” – Paul Revere. 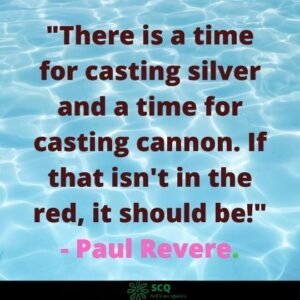 8. “In the fall of 1774 and winter of 1775, I was one of upwards of thirty chiefly mechanics, who formed ourselves into a committee for the purpose of watching the movements of the British soldiers and gaining every intelligence of the movements of the Tories.” – Paul Revere. 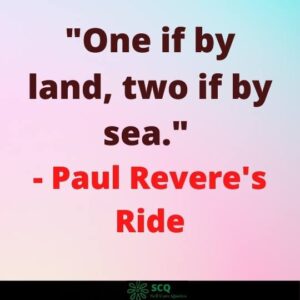 10. “Out started six officers… One of them, who appeared to have the command there, and much of a gentleman, asked me where I came from; I told him. He asked what time I left. I told him, he seemed surprised, said ‘Sir, may I crave your name?’ I answered ‘My name is Revere.’ – Paul Revere.

11. “He said to me, ‘We are now going towards your friends, and if you attempt to run, or we are insulted, we will blow your brains out.’ When we had got into the road they formed a circle, and ordered the prisoners in the center, and to lead me in the front.” – Paul Revere.