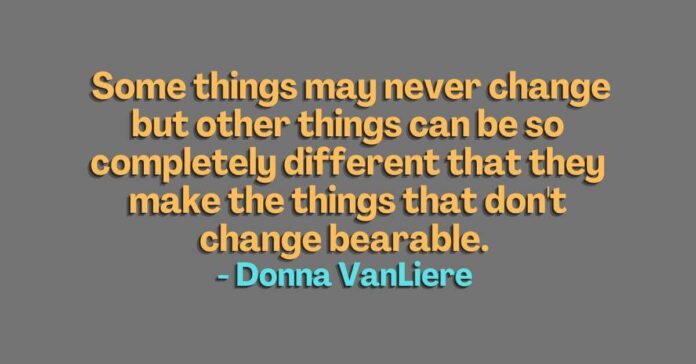 1. Some things never change, suck up to the government and you get an honour. -George Osborne

2. But some things never change. No matter what else happens in the universe – the fall of communism, the destruction of the ozone, the death of punk rock, whatever – you can at least put your faith in one thing: If a man is pretty, available, and breathing, Tommy will stick his dick in him. -Bart Yates

3. Some things, when they change, never do return to the way they once were. Butterflies for instance, and women who’ve been in love with the wrong man too often. -Alice Hoffman

4. Some things never change. Not the ABC’s, not the multiplication tables, not God! – Billy Graham 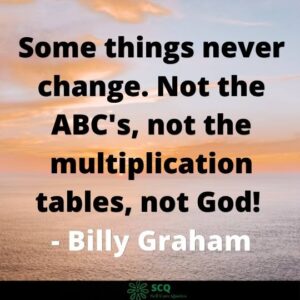 5. I try to be careful because technology changes so much over the years. But some things don’t change. Kids and parents have disagreements, kids try to manipulate, parents try to sit down with rules and regs. That part never changes. -Paula Danziger

6 .We are seeing some challenges and some changes in American business, American enterprise, but the Malcolm Baldrige National Quality Award is a reminder of things that must never change: the passion for excellence, the drive to innovate, the hard work that goes with any successful enterprise. – Author: George W. Bush

7. There are lots of gay and lesbian actors who are very secretive about their sexuality. Things leak out, but you never know for sure. Maybe the nineties will change some of that. – Ellen Hart

9. Some things I cannot change, but ’til I try I’ll never know. – Stephen Schwartz 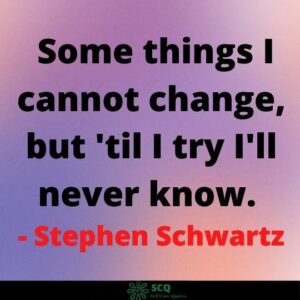 11. I thought yesterday would never end. There was over me a yearning for sleep in some sort of blind belief that to wake would be to find things changed, and that any change must now be for the better. -Bram Stoker

13. I’m starting to think, though, that some things never get that. The replay, and all. So at some point you have to make peace with it as it is, not keep waiting for a chance to change it – Sarah Dessen

14. Some things never change and the intriguing things you fall in love with will become the things you don’t like. – Courteney Cox 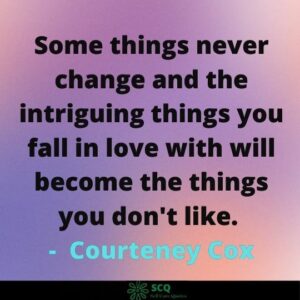 15. I’ve never felt like I needed to change. I’ve always thought, ‘If you want somebody different, pick somebody else.’ But sure, criticism can sometimes still get to me. Some things are so malicious, they knock the wind out of you. – Melissa McCarthy

17. There are some things you never forget. The runes of the Book are more than illustrations. They become part of you. Part of your skin. Being a Shadowhunter never leaves you. It’s a gift that’s carried in your blood, and you can no more change it than you can change your blood type. – Cassandra Clare

18. Percy: I’ll walk down to the cabins and Connor and Travis are stealing stuff from the camp store, and Silena is arguing with Annabeth trying to give her a new makeover, and Clarisse is still sticking the new kids’ head into the toilets. It’s nice that some things never change. – Rick Riordan

19. The guys exchange scowls as I climb off the mattress with Jeb’s arm securely around my waist. It’s nice to see some things never change. – A.G. Howard 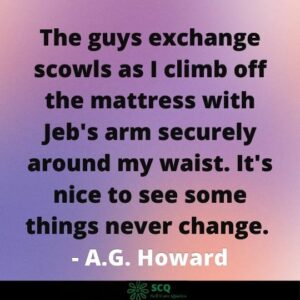 20. Do not fear. Some things will never change. -Roland Emmerich

21. I went and did some things [rehab], and then of course my life didn’t change that much [for a while], but I never missed work. – Kelsey Grammer

22. You can’t choose, who you are. No matter how you struggle, some things will never change. And maybe they schouldn’t. – Rob Thurman

23. You must try to change some things in your society and all good changes first start attacking old rotten ideas, storming common cultural stupidities and raiding spiritual lies, fearlessly and even ruthlessly! And never forget that you can defat ideas only with ideas! – Mehmet Murat Ildan

25. Some things may never change but other things can be so completely different that they make the things that don’t change bearable. – Donna VanLiere

27. And let me say this as a politician I can promise you this, political leaders will never take risks if the people do not push them to take some risks. You must create the change that you want to see. Ordinary people can accomplish extraordinary things. – Barack Obama

28. When in doubt, discuss the weather. Some things never change. – Emma Lear

30. I’m through accepting limits ’cause someone says they’re so Some things I cannot change But till I try, I’ll never know! Too long I’ve been afraid of Losing love I guess I’ve lost Well, if that’s love It comes at much too high a cost! – Stephen Schwartz

31. Some things never get that. The replay, and all. So at some point you have to make peace with it as it is, not keep waiting around for a chance to change it. – Sarah Dessen 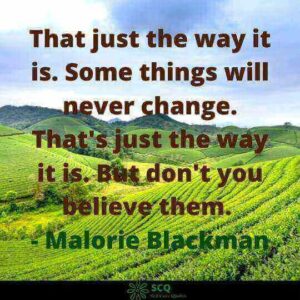