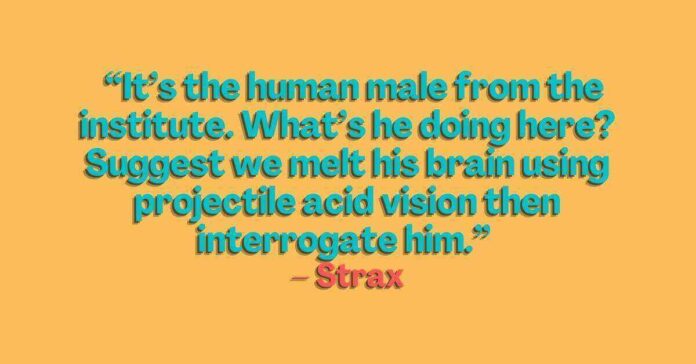 1. “I have gene-spliced myself for all nursing duties, I can produce magnificent quantities of lactic fluid.” – Strax 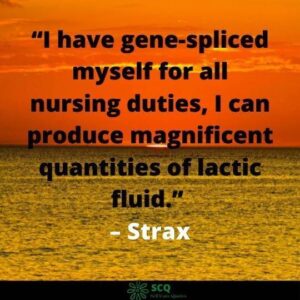 3. “This planet is now the property of the Sontaran Empire. Surrender your women and intellectuals.” – Strax 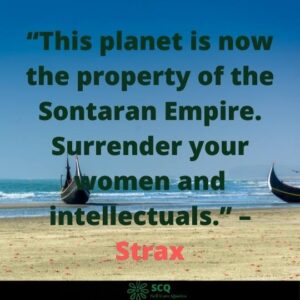 5. “You must stop worrying about him [The Doctor], my boy [Clara], by now he’s almost certainly had his throat cut by the violent poor.” – Strax

6. “It’s strange. I have often dreamed of dying in combat. I’m not enjoying it as much as I’d hoped.” – Strax

9. “Sir do not discuss my reproductive cycle in front of enemy girls, it’s embarrassing.” – Strax

10. “I suggest we melt his brain using projectile acid fish then interrogate him… other way around.” – Strax

11. “Rudolph the red nosed reindeer had a very shiny nose. It proved to be a tactical disadvantage but enabled me to punch him in the dark!” – Strax

13. “It’s the human male from the institute. What’s he doing here? Suggest we melt his brain using projectile acid vision then interrogate him.” – Strax 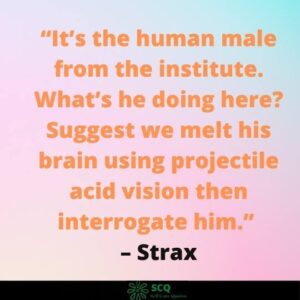 14. “I hope someday to meet you in the glory of battle where I will crush life from your worthless human form. Try and get some rest.” – Strax

15. “Why would I need the gauntlets? Do you want me to get the memory worm?” – Strax 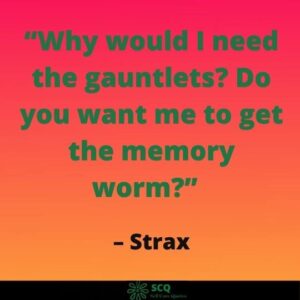 16. “[to Clara] Attempt to escape and you will be obliterated… May I take your coat?” – Strax