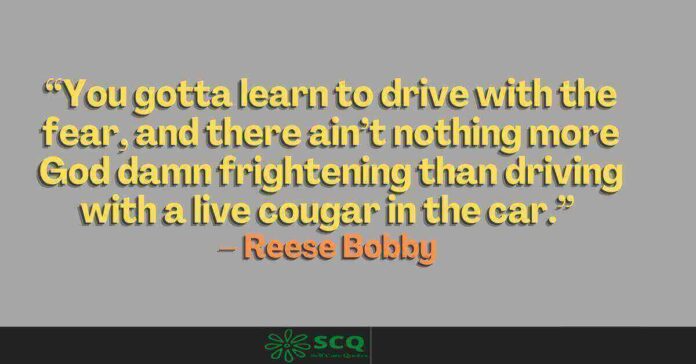 Talladega Nights: The Ballad of Ricky Bobby is a hilarious comedy film that was released in 2006 starring Will Ferrell and John C. Reilly. The movie follows the comedic adventures of two NASCAR drivers, Ricky Bobby and Cal Naughton Jr., as they battle their way through the world of racing. It’s filled with memorable one-liners and quotable moments that are still quoted by fans to this day. We have collected some of the best Talladega Nights quotes below.

“I tried to get a hold of you. I called, I e-mailed, I faxed and I sent smoke signals but all my attempts failed because you are so popular.

1. “You gotta win to get love. Everyone knows that. I mean, that’s just life.” – Ricky Bobby

2. “You sound like a dog with peanut butter on the roof of your mouth.” – Ricky Bobby

4. “Losing is never fun, but here’s a little something to keep your spirits up. It’s real nice. I got it at Target. It’s on sale.” – Ricky Bobby 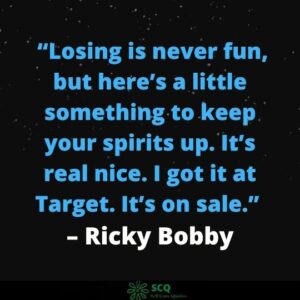 5. “Well, let me give you a saying from Colonel Sanders, ‘I am too drunk to taste this chicken.’” – Ricky Bobby

6. “Dear Lord baby Jesus, lyin’ there in your ghost manger, just lookin’ at your baby Einstein developmental videos, learnin’ ’bout shapes and colors. I would like to thank you for bringin’ me and my mama together, and also that my kids no longer sound like retarded gang-bangers.” – Ricky Bobby

7. “I came here to tell you one thing: come race time tomorrow, I’m coming for you.” – Ricky Bobby

8. “I just want to take time to say thank you for my family, my two beautiful, beautiful, handsome, striking sons, Walker and Texas Ranger, or T.R. as we call him, and of course, my red hot smoking wife, Carly who is a stone-cold fox.” – Ricky Bobby

17. “I feel like I was riding inside an asteroid or a comet or something.” – Ricky Bobby

18. “Help me, Jesus! Help me Jewish God! Help me, Allah! Ah! Help me Tom Cruise! Tom Cruise, use your witchcraft on me to get the fire off me!” – Ricky Bobby

19. “This sticker is dangerous and inconvenient, but I do love Fig Newtons.” – Ricky Bobby

22. “Now, there’s nothing like driving to avoid jail. Nothing hones your mind and your instincts like necessity.” – Reese Bobby

23. “You gotta learn to drive with the fear, and there ain’t nothing more God damn frightening than driving with a live cougar in the car.” – Reese Bobby

26. “You need to fire it up. You need to grab a hold of that line between speed and chaos, and you need to wrestle it to the ground like a demon cobra!” – Susan

31. “What is that, a catchphrase or is that epilepsy?” – Jean Girard

32. “May God be with you, monsieur Bobby. Because although today I am friendly. Tomorrow will be war!” – Jean Girard

33. “Grandfather, can’t we resolve this conflict without anger?” – Texas Ranger

37. “God needs the devil. The Beatles needed the Rolling Stones. Even Diane Sawyer needed Katie Couric. Will You be my Katie Couric?” – Jean Girard

40.“Golly, this is a hard decision, but I have thought about it, and I want the plug pulled.” – Carly Bobby

42. “Now I am declaring Granny Law and if you do not obey Granny Law, I will paint your back porch red.” – Lucy Bobby 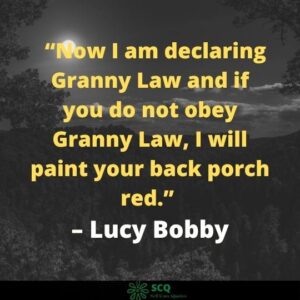 43. “How many more times you going to toss me the radio in the bathtub?” – Lucy Bobby

45. “I like to think of Jesus as an ice dancer, dressed in an all-white jumpsuit, and doing an interpretive dance of my life.” – Cal Naughton, Jr.

46. “When you say psychosomatic, you mean like he could start a fire with his thoughts?” – Cal Naughton, Jr. 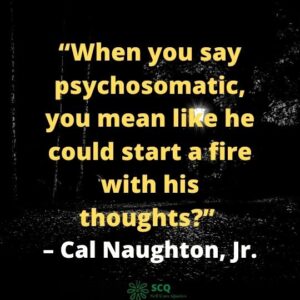 Finally, Talladega Nights Quotes are some of the funniest and most memorable quotes from the movie. These quotes have become popular among fans for their outrageous humor and clever wit. Whether it’s Ricky Bobby’s “I wanna go fast” or Cal Naughton Jr’s “Shake and Bake!” these quotes have become iconic in pop culture.