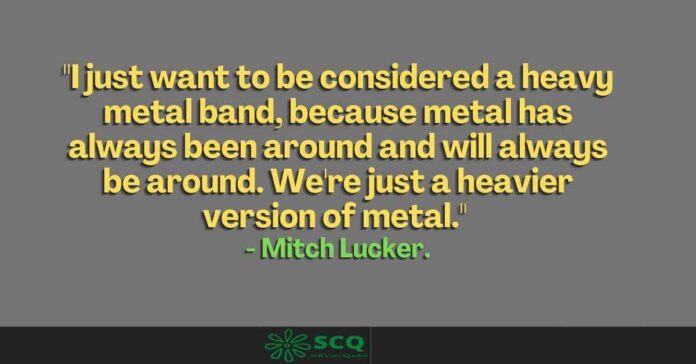 1. “Heavy metal is a universal energy it’s the sound of a volcano. It’s rock, it’s earth-shattering. Somewhere in our primal being, we understand.” -Billy Corgan.

3. “Pop and metal aren’t friends. Each knows exactly where the other lives and tries to keep its distance. They choose different streets, neighborhoods, zip codes.” -Dave Mustaine, ‘Mustaine: A Heavy Metal Memoir’.

4. “I think metalheads are smart people who possess a healthy dose of self-irony and a good sense of humor, and that appeals to me. I felt a strong affinity with the scene from the first moment on.” -Tuomas Holopainen.

5. “If heavy metal bands ruled the world, we’d be a lot better off.” – Bruce Dickinson.

6. “Most snoring is composed by Beethoven or Wagner, although a few times Wiggs had heard heavy metal rock performed on the somnambulate bassoon.” -Tom Robbins. 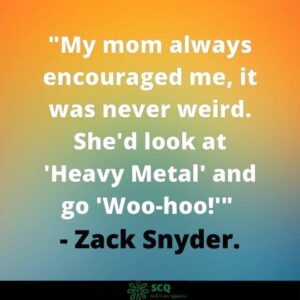 8. “I was looking for something a lot heavier, yet melodic at the same time. Something different from heavy metal, a different attitude.” – Kurt Cobain.

9. “I have them a few minutes to absorb everything while I teased Ubie, who only had to recover from his near-death experience. I was so glad Reyes hadn’t ripped him to shreds. I liked him much better un-shredded. Unlike, say, my preference for lettuce or heavy metal guitar solos.” -Darynda Jones.

10. “Heavy metal will never go away. It’s like a cockroach. It’s the best title, because we play metal that’s heavy.” – Mitch Lucker. 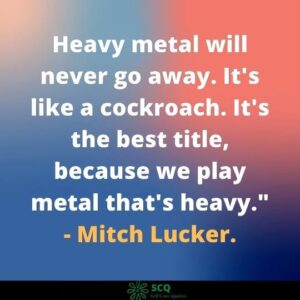 11. “I like playing heavy metal music and pretending I’m a vampire in front of the mirror.” -Luke Mably.

12. “It is just that heavy metal musicians write in minor keys, and when you do that, you frighten people.” -Ronnie James Dio.

13. “Metal is the feeling of being an outsider, but still being part of something huge.” -Brian Posehn.

14. “Heavy metal is the enemy. Everybody but me keeps going back and forth between metal and punk, but I’m narrow-minded and a purist. I’d never mess with it.” -Kim Shattuck.

15. “Heavy metal is always going to be there. At its core, it’s all about a primitive connection we all need to keep in our lives.” -Rob Halford.

16. “Pop music, disco music, and heavy metal music is about shutting out the tensions of life, putting it away.” -Peter Tork.

17. “Metal is also music for people who think for themselves.” -Tuomas Holopainen.

18. “A glimpse of a light in this void of existence Now witness the end of an age Hope dies in hands of believers Who seek the truth in the liar’s eye.” – Lamb Of God, ‘Walk With Me In Hell’.

19. “All you leave behind will live to the end The cycle of suffering goes on But memories of you stay strong Someday I too will fly and find you again.” – Alter Bridge, ‘Blackbird’.

21. “You’ll take my life, but I’ll take yours too You’ll fire your musket, but I’ll run you through So when you’re waiting for the next attack You’d better stand, there’s no turning back.” – Iron Maiden, ‘The Trooper’.

22. “We love not just Judas Priest music, but we love heavy metal and we love to get out on that stage every night and perform. It’s a joy to be able to do it.” – Glenn Tipton.

23. “If you looked at my iPod, you would get a trip out of all the different music, from the real heavy metal to bluegrass to classical.” – Eric Close.

24. “Usually when I’m mad, I’d rather listen to angry music than soothing music – more heavy metal, some Metallica or something.” – Matt Kenseth.

25. “The guitar influence that affected my songwriting came from the New Wave of British Heavy Metal.” – Dave Mustaine.

26. “I was ten when I heard the music that ended the first phase of my life and cast me hurtling towards a new horizon. Drenched to the skin, I stood on Dunoon’s pier peering seawards through diagonal rain, looking for the ferry that would take me home.” – Mark Rice, ‘Metallic Dreams’.

27. “I knew I wanted to be in music, but I didn’t know my role, so I did everything from interning at Rolling Stone to writing heavy metal fanzines to playing in a high-school band, and I think all those things probably helped in a way.” – Mark Ronson.

28.”The same sensations that you get in heavy metal are in horror movies. Heavy metal sounds evil and horror movies are evil, ha ha!” – Kirk Hammett. 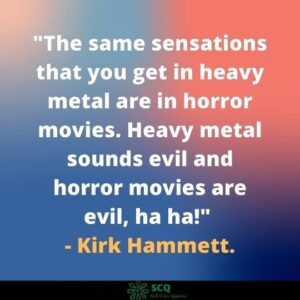 30. “I associate heavy metal with fantasy because of the tremendous power that the music delivers.” – Christopher Lee.

31. “I think heavy metal is therapeutic – it’s music that blows the tension away. I think that’s why people who have had really bad childhoods are attracted to heavy metal. It allows people to release aggression and tension in a nonviolent way.” – Kirk Hammett. 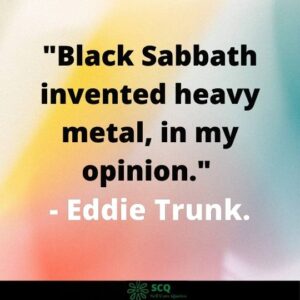 33. “Metal music has never shied away from controversy. It has always rebelled against authority and stood up against mainstream religion.” -Sam Dunn.

35. “If you are a pop band, don’t say you’re a metal band. Poison and Warrant were about as metal as the Backstreet Boys.” – Geezer Butler.

37. “At its best New Wave/punk represents a fundamental and age-old Utopian dream: that if you give people the license to be as outrageous as they want in absolutely any fashion they can dream up, they’ll be creative about it, and do something good besides.” -Lester Bangs.

38. “We are one of the last heavy metal bands. Iron Maiden has always been unique.” -Adrian Smith.

39. “I just want to be considered a heavy metal band, because metal has always been around and will always be around. We’re just a heavier version of metal.” – Mitch Lucker.

40. “That sort of cluelessness just continually haunts heavy metal. And there’s still amongst a lot of people in the press this elitist attitude.” -Eddie Trunk.

41. “I have tons of friends in the heavy-metal music world, and just going to see them inspires me.” – Kerry King.

42. “From the heaviest of the heavy to classical to country, that’s what I listen to, I listen to a variety and I enjoy good music, good songs.” – Tom Araya.

43. “Have you ever been alone at night Thought you heard footsteps behind And turned around and no-one’s there?” – Iron Maiden, ‘Fear Of The Dark’.

45. “Arms wide open I stand alone I’m no hero And I’m not made of stone Right or wrong I can hardly tell I’m on the wrong side of Heaven.” – Five Finger Death Punch, ‘Wrong Side Of Heaven’.

46. “Yeah! I’ve left the world behind I’m safe here in my mind I’m free to speak with my own kind This is my life, this is my life I’ll decide not you.” – Judas Priest, ‘Beyond The Realms Of Death’.

47. “A country that’s divided Surely will not stand/ My past erased, no more disgrace No foolish naive stand.” – Megadeth, ‘Holy Wars… The Punishment Due’.

48. “As I watched my mother die, I lost my head. Revenge now I sought, to break with my bread. Taking no chances, you come with me.” – Diamond Head, ‘Am I Evil?’

49. “I’m waiting in my cold cell when the bell begins to chime/Reflecting on my past life and it doesn’t have much time…” – Iron Maiden, ‘Hallowed Be Thy Name’.

50. “There I was completely wasting, out of work and down All inside it’s so frustrating as I drift from town to town Feel as though nobody cares if I live or die.”