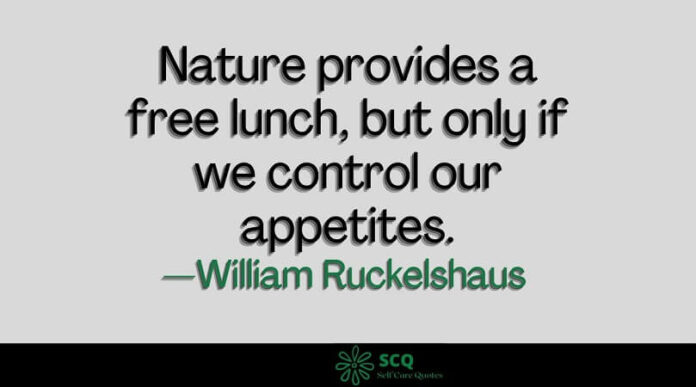 One of the simplest ways to be environmentally responsible is to practice energy conservation. It doesn’t take a lot of effort to save energy and it can save you money on your monthly electric bill. There are many things you can do in your everyday life to conserve energy.

The following quotes about energy conservation are from notable figures in history. Each quote highlights the importance of conserving energy and its benefits. By understanding the importance of conserving energy, we can work together to create a more sustainable future. Here are some quotes about energy conservation to inspire you:

Nature provides a free lunch, but only if we control our appetites.—William Ruckelshaus

Energy conservation is the foundation of energy independence.—Tom Allen

Earth provides enough to satisfy every man’s needs, but not every man’s greed.—Mahatma Gandhi 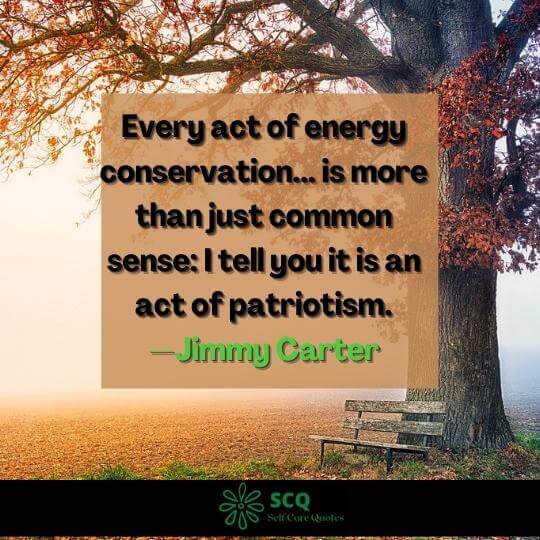 Every act of energy conservation… is more than just common sense: I tell you it is an act of patriotism.—Jimmy Carter

The law of conservation of energy tells us we can’t get something for nothing, but we refuse to believe it.—Isaac Asimov

Conservation is a state of harmony between men and land.—Aldo Leopold

Quantum events have a way of just happening, without any cause, as when a radioactive atom decays at a random time. Even the quantum vacuum is not an inert void, but is boiling with quantum fluctuations. In our macroscopic world, we are used to energy conservation, but in the quantum realm this holds only on average. Energy fluctuations out of nothing create short-lived particle-antiparticle pairs, which is why the vacuum is not emptiness but a sea of transient particles. An uncaused beginning, even out of nothing, for spacetime is no great leap of the imagination.—Taner Edis

We abuse land because we regard it as a commodity belonging to us.—Aldo Leopold

We must encourage energy conservation and sustainable development. Young people are the ones who are most environmentally conscious in Ireland, so that to some extent they are educating their parents. They are tackling issues of waste disposal and so on. The schools help, because they put a lot of stress on environmental awareness.—Mary Robinson

Life should be built on the conservation of energy.—Herbert M. Shelton

Conservation of energy. Never stand up when you can sit down, and never sit down when you can lie down.—Paul Johnson

It takes many years to become proficient in energy conservation. But it is something that happens. You get continually stronger. You see your attention field is far different than it ever was before.—Frederick Lenz

The use of solar energy has not been opened up because the oil industry does not own the sun.—Ralph Nader

Water and air, the two essential fluids on which all life depends, have become global garbage cans.—Jacques Yves Cousteau

There’s so much pollution in the air now that if it weren’t for our lungs there’d be no place to put it all.—Robert Orben

Strict conservation of energy in the elementary process had thus been confirmed also by a negative experiment.—Walther Bothe

Mr Churchill, to what do you attribute your success in life? Conservation of energy. Never stand up when you can sit down. And never sit down when you can lie down.—Winston Churchill

The law of the Conservation of Energy is already known — viz., that the sum of all the energies of the universe, actual and potential, is unchangeable.
—William John Macquorn Rankine

The study of Zen is the study of energy, power, knowledge and balance. It is the science of energy conservation and control. We use energy to aid others, to see beauty, to discover love where we saw no love at all.—Frederick Lenz

The most effective solution is to vote! Vote the climate-change-deniers out of office. Then, for John Q. Public, it’s all about energy conservation: use less, because most of what we’re consuming is from fossilized carbon!—Wesley K. Wark

Work sustains us as bodies and it consumes a great deal of energy. The conservation of energy is the component theme of Buddhist practice and yoga. That is why people live in monasteries.—Frederick Lenz

We’d find more energy in the attics of American homes (through energy conservation measures) than in all the oil buried in Alaska.—Amory Lovins

What we should be doing [in US] is accelerating every year our efforts to reduce our greenhouse gas emissions, have a cleaner energy future, have much more energy conservation. And this won’t hurt anybody. This will create a new economy for America, if we’ve got the discipline to do it.—William J. Clinton

‘Conservation’ (the conservation law) means this … that there is a number, which you can calculate, at one moment-and as nature undergoes its multitude of changes, this number doesn’t change. That is, if you calculate again, this quantity, it’ll be the same as it was before. An example is the conservation of energy: there’s a quantity that you can calculate according to a certain rule, and it comes out the same answer after, no matter what happens, happens.—Richard P. Feynman

I don’t need any more press. I get enough when I work, but environmental causes is one place where you can get me to open my mouth. And put my foot in it if necessary. I think the only thing I do that gives me any bragging rights in terms of energy conservation is sailing. Just using wind power.—Morgan Freeman

I have no doubt that we will be successful in harnessing the sun’s energy… If sunbeams were weapons of war, we would have had solar energy centuries ago.—George Porter

Because we are now running out of gas and oil, we must prepare quickly for a third change, to strict conservation and to the use of … permanent renewable energy sources, like solar power.—Jimmy Carter

Saving petrol is saving India’s money. This is a sense of patriotism. The country can be energy-independent by energy conservation. I appeal to the other ministers also to do this.—Veerappa Moily 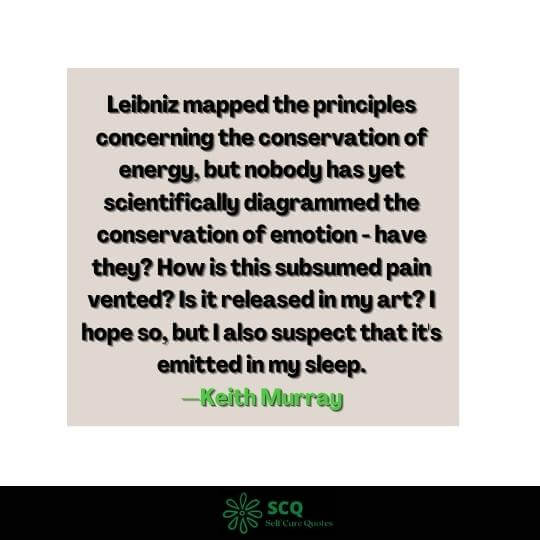 Leibniz mapped the principles concerning the conservation of energy, but nobody has yet scientifically diagrammed the conservation of emotion – have they? How is this subsumed pain vented? Is it released in my art? I hope so, but I also suspect that it’s emitted in my sleep.—Keith Murray

I have no problem with a war for oil-if we accompany it with a real program for energy conservation. But when we tell the world we couldn’t care less about climate change, that we feel entitled to drive whatever big cars we feel like, that we feel entitled to consume however much oil we like, the message we send is that a war for oil in the gulf is not a war to protect the world’s right to economic survival-but our right to indulge. Now that will be seen as immoral.—Thomas Friedman

And I’m asking you for your good and for your nation’s security to take no unnecessary trips, to use carpools or public transportation whenever you can, to park your car one extra day per week, to obey the speed limit, and to set your thermostats to save fuel. Every act of energy conservation like this is more than just common sense-I tell you it is an act of patriotism.
—Jimmy Carter

Now, once again, we find ourselves facing rising gas prices, and the question is: This time, are we going to learn from the past? Are we finally going to get serious about energy conservation? Of course not! We have the brains of mealworms! So we need to get more oil somehow. As far as I can figure, there’s only one practical way to do this. That’s right: We need to clone more dinosaurs. We have the technology, as was shown in two blockbuster scientific movies, Jurassic Park and Jurassic Park Returns with Exactly the Same Plot. Once we have the dinosaurs, all we need is an asteroid.—Dave Barry

I feel that my role as a former president is probably superior to that of other presidents. Primarily because of the activism and the injection of working at the Carter Center, and in international affairs, and to some degree, domestic affairs, on energy conservation, on the environment, and things of that kind.—Jimmy Carter

Finally, conserving energy is important for a variety of reasons. It protects our environment, saves money, and makes our country more energy independent. There are many ways to conserve energy, and everyone can do their part. We need to start conserving energy now if we hope to have a sustainable future.