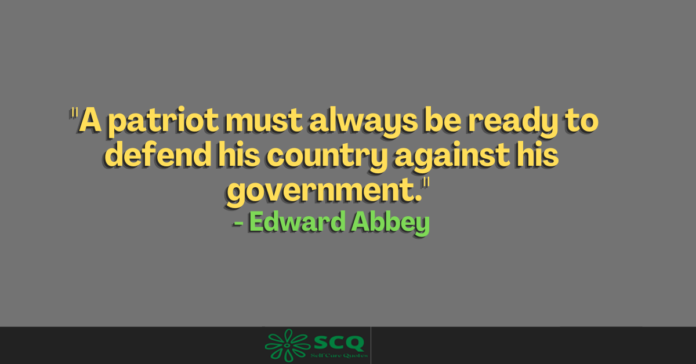 1. “The tree of liberty must be refreshed from time to time with the blood of patriots and tyrants.” – Thomas Jefferson

2. “A patriot must always be ready to defend his country against his government.” – Edward Abbey

3. “One of the great attractions of patriotism – it fulfills our worst wishes. In the person of our nation we are able, vicariously, to bully and cheat. Bully and cheat, what’s more, with a feeling that we are profoundly virtuous.” – Aldous Huxley

4. “The patriot’s blood is the seed of Freedom’s tree.” – Thomas Campbell

5. “Patriotism is supporting your country all the time, and your government when it deserves it.” – Mark Twain

6. “Patriotism is the willingness to kill and be killed for trivial reasons.” – Bertrand Russell 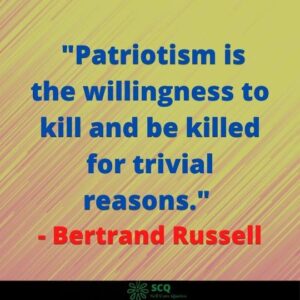 7. “Patriotism is the virtue of the vicious.” – Oscar Wilde

8. “Heroism on command, senseless violence, and all the loathsome nonsense that goes by the name of patriotism – how passionately I hate them!” – Albert Einstein

9. “The patriot volunteer, fighting for country and his rights, makes the most reliable soldier on earth.” – Stonewall Jackson

10. “From my father’s point of view, without a thought for self, a true patriot stands up against the stones of condemnation and speaks for those who are given no real voice in the halls of justice or the halls of government.” – Thomas Steinbeck

11. “One tell-tale sign of a Wingnut: they always confuse partisanship with patriotism.” – John Avlon

12. “We do not consider patriotism desirable if it contradicts civilized behavior.” – Friedrich Durrenmatt

13. “To me, it seems a dreadful indignity to have a soul controlled by geography.” – George Santayana

14. “I do think the patriotic thing to do is to critique my country. How else do you make a country better but by pointing out its flaws?” – Bill Maher

15. “Let’s give some substance to patriotism. It may take a generation.” – Richard Dreyfuss

16. “Patriotism, when it wants to make itself felt in the domain of learning, is a dirty fellow who should be thrown out of doors.” – Arthur Schopenhauer

17. “There are those who wrap themselves in flags and blow the tinny trumpet of patriotism as a means of fooling the people.” – George Galloway

18. “Dissent is the highest form of patriotism.” – Howard Zinn

19. “There is much more to being a patriot and a citizen than reciting the pledge or raising a flag.” – Jesse Ventura

20. “Let us form one body, one heart, and defend to the last warrior our country, our homes, our liberty, and the graves of our fathers.” – Tecumseh

21. “No man can be a patriot on an empty stomach.” – William Cowper

22. “The same ambition can destroy or save, and make a patriot as it makes a knave.” – Alexander Pope

23. “Unless our conception of patriotism is progressive, it cannot hope to embody the real affection and the real interest of the nation.” – Jane Addams

24. “A nation is a society united by a delusion about its ancestry and by common hatred of its neighbors.” – William Inge

25. “It is not easy to see how the more extreme forms of nationalism can long survive when men have seen the Earth in its true perspective as a single small globe against the stars.” – Arthur C. Clarke

28. “I am willing to serve my country, but do not wish to sacrifice the brave men under my command.” – John Buford

30. “I want to tell you that if the Great Spirit had chosen anyone to be the chief of this country, it is myself.” – Sitting Bull

31. “Patriotism is an instant reaction that fades away when the war starts.” – Mick Jagger

32. “It is the patriotic duty of every man to lie for his country.” – Alfred Adler

33. “The proper means of increasing the love we bear our native country is to reside some time in a foreign one.” – William Shenstone

34. “My country has been very good to me; I must be good to my country.” – Walter Annenberg

35. “There are no points of the compass on the chart of true patriotism.” – Robert Charles Winthrop

36. “Patriotism was a living fire of unquestioned belief and purpose.” – Frank Knox

37. “Patriotism demands the ability to feel shame as much as to feel pride.” – Anne-Marie Slaughter

38. “I have a great belief in the future of my people and my country.” – Marian Anderson

39. “Patriotism is a strong nationalistic feeling for a country whose borders and whose legitimacy and ethnic composition is taken for granted.” – Michael Ignatieff

40. “Patriotism consists not in waving the flag, but in striving that our country shall be righteous as well as strong.” – James Bryce

41. “It was patriotism, not communism, that inspired me.” – Ho Chi Minh

42. “When I grew up, I only had two dreams. One was to be a cowboy and another was to be in the military. I grew up extremely patriotic and riding horses.” – Chris Kyle

43. “It’s almost worth having been in the army for the joy your freedom gives you.” – John Dos Passos 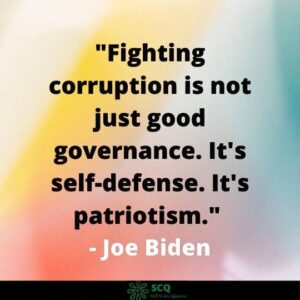 45. “For a writer only one form of patriotism exists: his attitude toward language.” – Joseph Brodsky

46. “I am not Left or Right. I believe in nationalism, patriotism, the federal structure, democracy, and the poor.” – Mamata Banerjee

47. “There’s intense national feeling in America that could be called patriotism.” – Michael Ignatieff 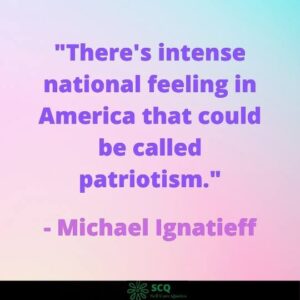 48. A real patriot is the fellow who gets a parking ticket and rejoices that the system works.” – Bill Vaughan

49. “Patriot: the person who can holler the loudest without knowing what he is hollering about.” – Mark Twain

50. “True patriotism hates injustice in its own land more than anywhere else.” – Clarence Darrow