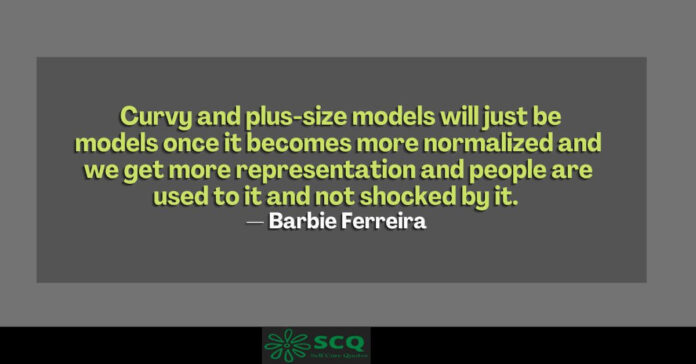 1. Curvy and plus-size models will just be models once it becomes more normalized and we get more representation and people are used to it and not shocked by it. — Barbie Ferreira

2. I like curvy women. But obviously, a sense of humour is the most important thing. And there’s nothing sexier than a girl who is comfortable in her own skin. — Ray Fearon 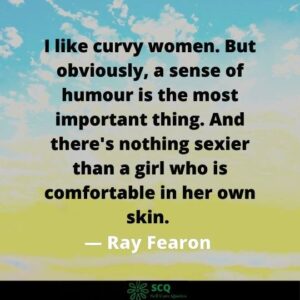 3. Nobody is perfect. So for designers then to be taking chances on curvy women and not saying, ‘Oh, you have to be this size to model for us’ is really opening the door. — Denise Bidot

4. I am very curvy, so the vintage stores suit me better than most designers. I just can’t seem to give up crisps, or make my boobs shrink for that matter. Alas, I will never fit a size zero. — Marina and the Diamonds

5. My drawing for women is really curvy. My drawings for men are actually quite angular. — Christian Louboutin 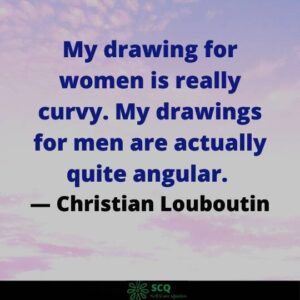 6. As a teenager, I wanted to look like the early ’90s curvy supermodels. Even in my early 20s, I always said as soon as I retired from cycling, I’d get a boob job. — Victoria Pendleton

7. I just want to make a change in the curve industry because I want other curve girls to realize that you don’t have to dress a certain way because you are curvy. — Jordyn Woods

8. I do find that as a curvy girl, as I guess I’ve sort of been deemed, I don’t think you want to run your curves off, because then you’re just not yourself. — Jennifer Love Hewitt

9. You can be curvy and still be absolutely flawless. — Denise Bidot

11. People don’t just want to be thin. They want to be curvy. — Ashlan Gorse Cousteau

12. After so long being thin, it was terrifying being heavier. But I am a naturally curvy Hispanic girl. I don’t deprive myself. — Demi Lovato

15. I’d much rather be known as some curvy Kate than as some skinny stick. — Kate Winslet

16. One door shuts, and another one opens, and you just kind of follow that path. My path has been a little curvy, but it is what it is. It’s all good. — John Corabi

17. You know, I’m a curvy woman and I just want to be comfortable with that. — Fergie

18. I just have to be very clear. Whether or not I lose weight or stay the same, it’s purely a choice of mine for health. Not because I think that plus size, curvy, voluptuous, big bodies aren’t attractive – because I think they’re awesome and sexy. — Chrissy Metz

19. I come from a background where bigger women are appreciated. After all, you can’t belly dance with a flat stomach, so my ideal body would be curvy, womanly and voluptuous. — Laila Rouass

20. I’m the curvy one of the family. — Elizabeth Olsen

21. Growing up I had various pictures of Marilyn Monroe on my walls, and watched her films time and time again. She oozed a fantastic femininity, was curvy and sexy, and was a real woman. I was, and am, a bit obsessed with her. — Edith Bowman

22. Vivienne Westwood makes such beautifully structured clothes that are especially flattering if you are curvy. — Antonia Thomas

23. Global warming will threaten our crops, so natural food will be scarce. Hourglass, curvy bodies will be the aspirational beauty standard, representing that those women have access to bounties of fulfilling yet healthy food, which means they are affluent. — Tyra Banks

24. The curvy community has really given me a voice because people want to see someone who looks like they do. They want to know their beauty is valid. — Philomena Kwao 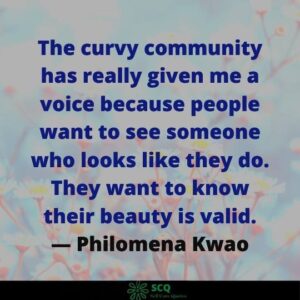 25. I’ve always had that naturally curvy body since I was 11 years old. — Cheryl Burke

26. I want to offer plus-size women the opportunity to wear fun colors and to avoid the pitfalls of only wearing black because many curvy girls think it is the only color that is slimming. — Ashley Nell Tipton

27. My idol was Marilyn Monroe, who was a size 16, I think, and curvy in all the right places. I will never be stick thin. I remember a shoot where I had to get into these tiny hot pants, and I thought, ‘God, I wish I hadn’t eaten.’ — Katherine Jenkins

28. I’m so grateful that I model at a time where ‘plus-size’ models are being championed, but they’re still called ‘plus-size’ which is actually quite a stigma in itself. It’s just healthy, curvy women. — Daisy Lowe

29. Growing up, I had my mom to look up to; J. Lo and Marilyn Monroe were notable curvy women. But I didn’t have anyone with cellulite or back fat telling me they didn’t care. — Ashley Graham

30. For the longest time, Indian women have been okay with being curvy. But I think the modern Indian woman needs to get toned. I don’t endorse being thin. Anorexia and bulimia are a reality in India because everybody wants to be thin. — Bipasha Basu

31. I was always superthin, too skinny, actually. I felt like someone could break me in half. I realize now that being a bit more curvy and toned is so much more beautiful. — Ashley Tisdale

32. There’s a fun, nostalgic aspect to Legos – people connect to the art on a different level. But it’s also a medium that lets me design anything I can imagine. I especially enjoy creating curvy forms using rectangular pieces. Up close, you notice the sharp angles, but when you back away, the corners blend into curves. — Nathan Sawaya

33. I have a pretty active presence on social networking sites, and every day there are messages from so many young girls telling me that they are happy B-Town has curvy women like me. I feel you should be happy the way you are. Of course, fitness is important, but not to the extent of obsession! — Sonakshi Sinha

34. I used to audition for all those Disney Channel shows, and I was always told that I had the leading-lady personality but was too developed and too curvy. — Denise Bidot

35. If you’re working on a computer and you’re editing bass, it looks like a warm curvy, sort of feminine object. — Colin Greenwood

36. I’m short and curvy, but I think people want to work with me for reasons other than what I look like. — Josephine de La Baume

37. I’m booby and kind of curvy, soI definitely need to wear things that work with that. I can’t just put on a muumuu, because it looks crazy on me. — Connie Britton

38. I had some struggles to find my footing. I couldn’t really find a place to appreciate me – I’m a little bit curvy for the dance world. — Sarah Hay 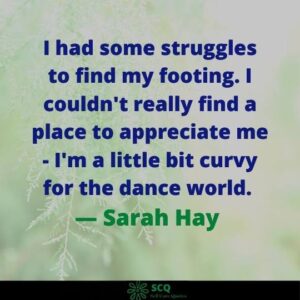 39. I’m giving curvy women a seat at a table that we’ve never been invited to before – a table with high-end fashion people who have never considered us beautiful. — Ashley Graham

41. People claim to be progressive by celebrating curvy bodies – but the standards for those hourglass shapes are equally rigid. They mask that with body positivity – but what about unconventionally attractive bodies? — Barbie Ferreira

42. Working with Sofia Vergara and growing up with her was great because she was, you know, a really amazing, curvy role model for me. She helped me learn to accept the way I looked and love it and dress for it and feel good about myself. — Ariel Winter 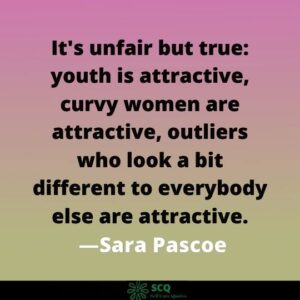 44. When I started, fashion for curvy women was very ugly. — Denise Bidot