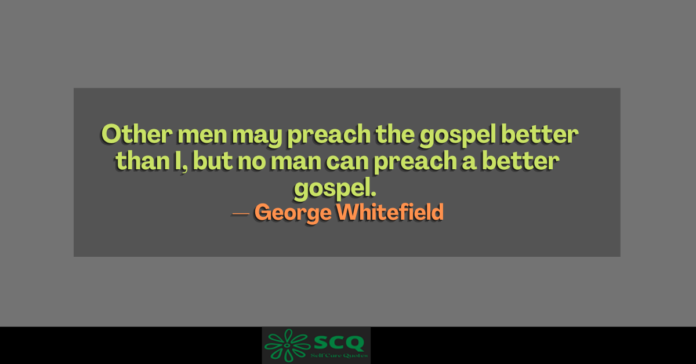 1. The task of the preacher is to comfort the afflicted and afflict the comfortable. – Vance Havner

2. You preached well,” said a friend to John Bunyan one morning. “You are too late,” said honest John, “The devil told me that before I left the pulpit. – Charles Spurgeon

3. I cannot preach on hell unless I preach with tears. – Dwight L. Moody

4. The reason why congregations have been so dead is because they have dead men preaching to them. How can dead men beget living children? – George Whitefield 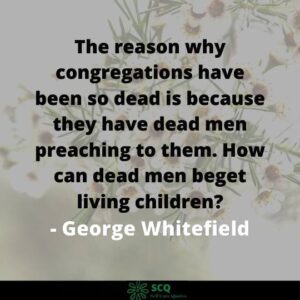 5. Many a preacher misses the mark because, though he knows books, he does not know men. – James Stalker

6. Preaching is the moral conscience of a nation. – Jack Hyles

7. It is a poor sermon that gives no offense; that neither makes the hearer displeased with himself nor with the preacher. – George Whitefield 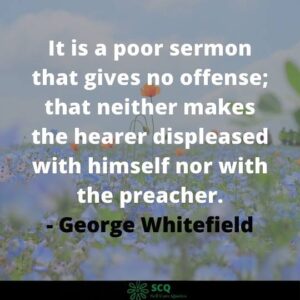 8. There is nothing wrong with America that cannot be cured by old-fashioned preaching. – Jack Hyles

10. I believe I never was more acceptable to my Master than when I was standing to teach those hearers in the open fields now preach to ten times more people than I would if I had been confined to the churches. – George Whitefield

11. Genius is not essential to good preaching, but a live man is. – Austin Phelps

12. Many men affect to despise fear, and in preaching resent any appeal to it; but not to fear when there is occasion is as great a weakness as to fear unduly without reason. God implanted fear in the soul as truly as He implanted hope or courage. – James H. Aughey

13. But what is the use of preaching the Gospel to men whose whole attention is concentrated upon a mad, desperate struggle to keep themselves alive? – William Booth 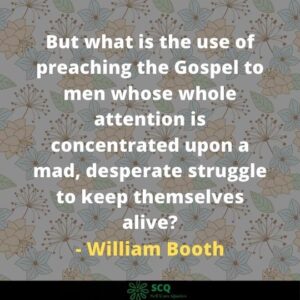 14. My grand point in preaching is to break the hard heart, and to heal the broken one. – John Newton

15. Give me one hundred preachers who fear nothing but sin and desire nothing but God, and I care not whether they be clergymen or laymen, they alone will shake the gates of Hell and set up the kingdom of Heaven upon Earth. – John Wesley

17. God has ordained that our preaching become deeper and more winsome as we are broken, humbled, and made low and desperately dependent on grace by the trials of our lives. – John Piper

18. I have never once feared the devil, but I tremble every time I enter the pulpit. – John Knox

19. Other men may preach the gospel better than I, but no man can preach a better gospel. – George Whitefield

20. To love to preach is one thing to love those to whom we preach, quite another. – Richard Cecil

21. Only once did God choose a completely sinless preacher. – Alexander Whyte

22. A minister, without boldness, is like a smooth file, a knife without an edge, a sentinel that is afraid to let off his gun. If men will be bold in sin, ministers must be bold to reprove. – William Gurnall

24. If Jesus preached the same message minister’s preach today, He would have never been crucified. – Leonard Ravenhill

25. One reason why women are forbidden to preach the gospel, is, that they would persuade without argument and reprove without giving offence. – John Newton 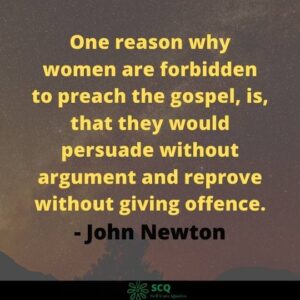 27. When intimidated by who’s sitting in the audience, we should remember the King of Kings is also here, and it’s his message. – Chuck Swindoll

29. A holy minister is an awful weapon in the hand of God. A word spoken by you when your conscience is clear, and your heart full of God’s Spirit, is worth ten thousand words spoken in unbelief and sin. – Robert Murray McCheyne

30. The preacher who will proclaim this glorious truth and magnify the cleansing power of the blood of Christ will find that his message of full deliverance touches life at every point. He is doing a disservice to his hearers and is dishonoring his God if he substitutes any other theme. – Duncan Campbell

31. I preached as never sure to preach again, and as a dying man to dying men. – Richard Baxter

33. Christ in you, on the grounds of redemption this is the Gospel! To preach anything less than this must inevitably produce “Evan-jellyfish” folk with no spiritual vertebrae, whose faith does not “behave!” – Major Ian Thomas

35.Once the necessity and the fruitfulness of the method is recognized, however, no worthy workman in the Word can refuse the effort it requires. He is called as a scribe of the kingdom to bring forth treasures new and old, and any labor that issues in a fuller preaching of Christ has its reward. – Edmund Clowney

36. Preach from the rights of God rather than the needs of man. – Winkie Pratney

37. The sermon which does not lead to Christ, or of which Jesus Christ is not the top and the bottom, is a sort of sermon that will make the devils in hell laugh, but make the angels of God weep. – Charles Spurgeon

38. I want to assist churches and to assist pastors in training pastors. But, after fourteen years of service in this capacity, I am absolutely certain that the finest theological seminary on earth is absolutely incompetent at replicating the actual life of a Gospel congregation. I want to train a generation of pastors who will train pastors, and I want to help them in that task. – Albert Mohler

39. Whatever subject I preach, I do not stop until I reach the Savior, the Lord Jesus, for in Him are all things. – Charles Spurgeon 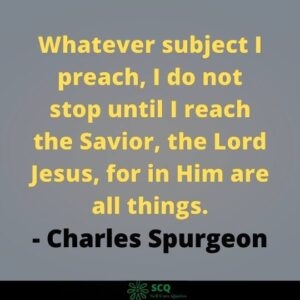 40. No sort of defense is needed for preaching outdoors, but it would take a very strong argument to prove that a man who has never preached beyond the walls of his meetinghouse has done his duty. A defense is required for services within buildings rather than for worship outside of them. – William Booth

41. Study universal holiness of life. Your whole usefulness depends on this, for your sermons last but an hour or two: your life preaches all week. If Satan can only make a covetous minister a lover of praise, of pleasure, of good eating, he has ruined your ministry. Give yourself to prayer, and get your texts, your thoughts, your words, from God. – Robert Murray McCheyne

42. I am an old-fashioned preacher of the old-time religion, that has warmed this cold world’s heart for two thousand years. – Billy Sunday

44. Humility is a virtue all preach, none practice, and yet everybody is content to hear. The master thinks it good doctrine for his servant, the laity for the clergy, and the clergy for the laity. – John Selden

45. Hundreds of men are hoarse from continual speaking, and are wearied out with running here and running there. If things slow down, we evolve yet another type of meeting. And when this new and added wheel is spinning merrily with all the other wheels, there may be no spiritual outcome whatsoever, but there is a wind blowing in our faces; and we hot and sticky engineers have a comfortable feeling that something is going on. – A.J. Gossip

46. Now they always accuse me of carrying around a sledge hammer with which to pound the church members. Yes sir, I do pound them, every time I come down, I knock one of the halfway fellows out of the doorway, and every time I knock one out I get a sinner in. – Mordecai Ham

47. I would have every minister of the Gospel address his audience with the zeal of a friend, with the generous energy of a father, and with the exuberant affection of a mother. – Francois Fenelon

48. Lord, help me to preach today as if it were the last sermon I would ever preach. – Jack Hyles

49. The great truths of revelation are neither able to preach nor defend themselves. They must have soldier preachers who proclaim and defend them. They have never conquered as silent force; they have never won as a reserve corps. – E.M. Bounds

50. If we don’t stir up people, move people, we have failed. If you can preach Sunday morning, Sunday night and Wednesday night, and no one is stirred to go out and do what God says, you haven’t done much. – Lee Roberson