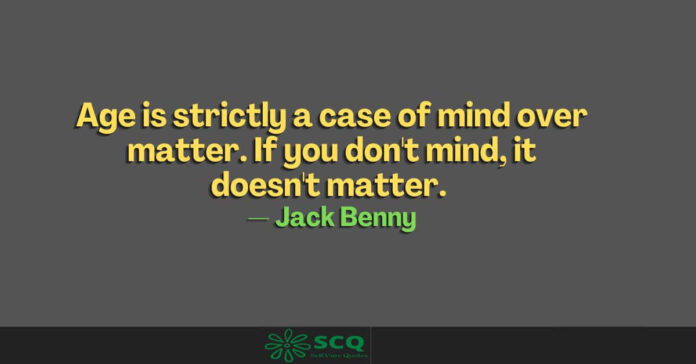 2. Age is strictly a case of mind over matter. If you don’t mind, it doesn’t matter. — Jack Benny

3. I went to a meeting for premature ejactulators. I left early. — Jack Benny

4. It’s not so much knowing when to speak, when to pause. — Jack Benny

5. Give me golf clubs, fresh air and a beautiful partner, and you can keep the clubs and the fresh air. — Jack Benny 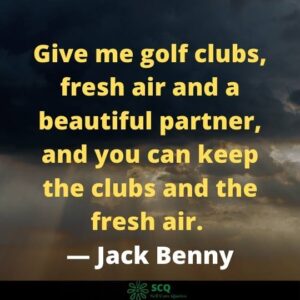 8. There’s only five real people in Hollywood. Everyone else is Mel Blanc. — Jack Benny

9. When another comedian has a lousy show, I’m the first one to admit it. — Jack Benny 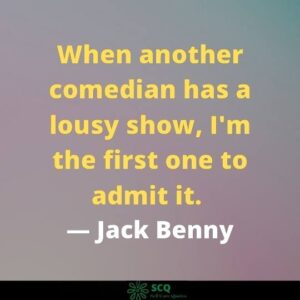 10. I’m living in a very modest place. I have a room over-looking beautiful Claridge’s Hotel. I thought it was better than paying Claridge’s prices and overlooking the dump I’m living in.— Jack Benny

11. Any man who would walk five miles through the snow, barefoot, just to return a library book so he could save three cents – that’s my kind of guy. —Jack Benny

12. No matter how often I tell people I’m thirty-nine some of them refuse to believe I’m that old. — Jack Benny

15. A rich man is one who isn’t afraid to ask the salesperson to show him something cheaper. — Jack Benny

17. I practice three hours daily on my violin so I won’t get worse. —Jack Benny 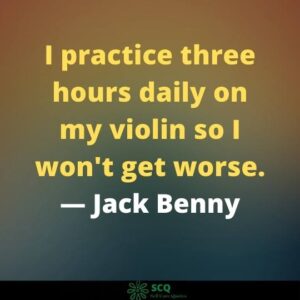 18. Comedy itself is based upon very old principles of which I can readily name seven. They are, in short: the joke, exaggeration, ridicule, ignorance, surprise, the pun, and finally, the comic situation. — Jack Benny

20. I took my girl to dinner, and she laughed so hard at one of my jokes that she dropped her tray. — Jack Benny

21. Try to save something while your salary is small; it’s impossible to save after you begin to earn more. — Jack Benny 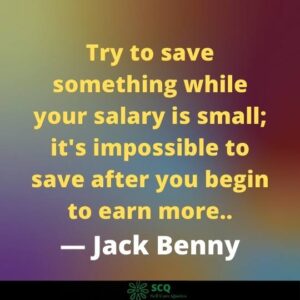 22. Everything good that happened to me happened by accident. — Jack Benny

23. I gambled at the crap table all night and finally lost $8, but during that time the house gave me four drinks and two cigars, so it was still a lot cheaper than renting a room. — Jack Benny

24. I was born in Waukegan a long, long time ago. As a matter of fact, our rabbi was an Indian. — Jack Benny 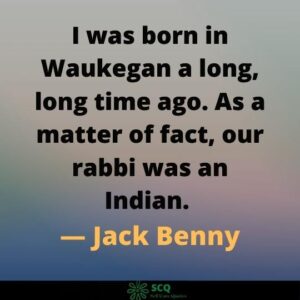 25. I don’t want to tell you how much insurance I carry with the Prudential, but all I can say is: when I go, they go too. — Jack Benny