Top 50 Toni Morrison Quotes That Will inspire You 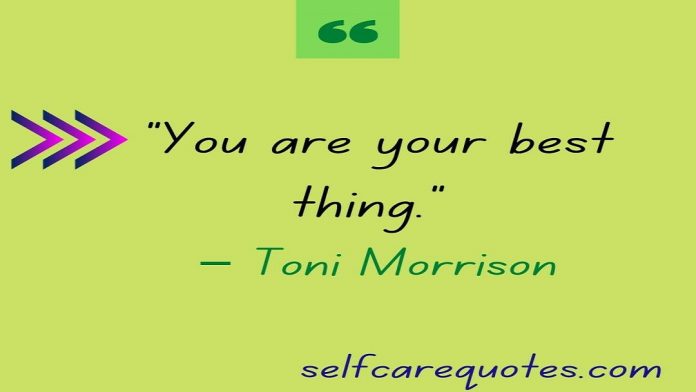 Who is Toni Morrison?

She is a social rights activist not in real life but in her writing. Toni Morrison is a Nobel Prize winner in Literature. She won the Nobel Prize for her famous novel “Beloved”. This novel gives her worldwide recognition. Besides this novel, she also has a huge number of quotes. Toni Morrison’s quotes are still appealing.

The people of this world know her by the name of Toni Morrison but she has another name, that is Chloe Anthony Wofford Morrison. 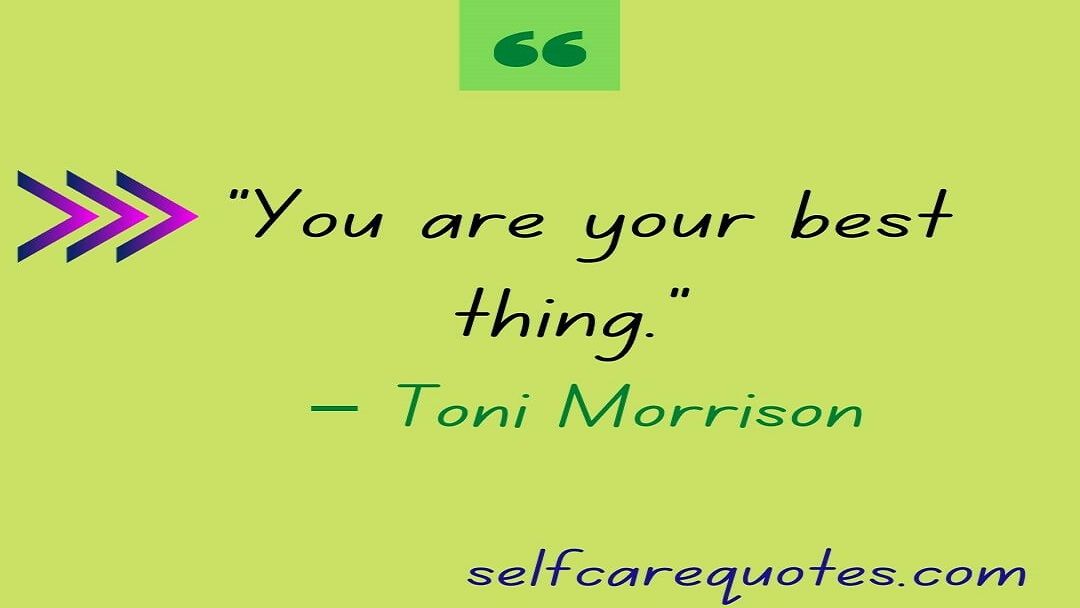 2. “As you enter positions of trust and power, dream a little before you think.” – Toni Morrison

3. “If there’s a book that you want to read, but it hasn’t been written yet, then you must write it.” – Toni Morrison

5. “Freeing yourself was one thing, claiming ownership of that freed self was another.” – Toni Morrison

6. “You wanna fly, you got to give up the shit that weighs you down.” – Toni Morrison

7. “What difference do it make if the thing you scared of is real or not?” – Toni Morrison

8. “If you surrendered to the air, you could ride it.”– Toni Morrison

9. “Make up a story…For our sake and yours forget your name in the street; tell us what the world has been to you in the dark places and in the light.”– Toni Morrison

10. “Don’t tell us what to believe, what to fear. Show us belief’s wide skirt and the stitch that unravels fear’s caul.” – Toni Morrison

11. “The function of freedom is to free someone else.” – Toni Morrison

12. “Could you really love somebody who was absolutely nobody without you? You really want somebody like that? Somebody who falls apart when you walk out the door? You don’t, do you?”– Toni Morrison

13. “When I woke up I reminded myself that freedom is never free. You have to fight for it. Work for it and make sure you are able to handle it. Now.”– Toni Morrison

14. “Race is the least reliable information you can have about someone. It’s real information, but it tells you next to nothing.”– Toni Morrison

15. “I always know the ending; that’s where I start.”– Toni Morrison

17. “Like friendship, hatred needed more than physical intimacy; it wanted creativity and hard work to sustain itself.”– Toni Morrison

19. “Let your face speak what’s in your heart.”– Toni Morrison

20. “Art invites us to know beauty and to solicit it, summon it, from even the most tragic of circumstances.”– Toni Morrison

25. “Don’t let anybody, anybody convince you this is the way the world is and therefore must be. It must be the way it ought to be.”– Toni Morrison

26. “Somewhere inside you is that free person I’m talking about. Locate her and let her do some good in the world.”– Toni Morrison

27. “When good people take you in and treat you good, you ought to try to be good back.”– Toni Morrison

28. “For a long time now he knew that anything could appear to be something else, and probably was.”– Toni Morrison

29. “If you can only be tall because someone else is on their knees, then you have serious problem.”– Toni Morrison

30. “Good is knowing when to stop.”– Toni Morrison

31. “You couldn’t learn age, but adulthood was there for all.”– Toni Morrison

33. “Beauty was not simply something to behold; it was something one could do.” – Toni Morrison

35. “All water has a perfect memory and is forever trying to get back to where it was.”– Toni Morrison

36. “Some things you forget. Other things you never do.” – Toni Morrison

37. “It is sheer good fortune to miss somebody long before they leave you.” – Toni Morrison

38. “Writing is really a way of thinking – not just feeling but thinking about things that are disparate, unresolved, mysterious, problematic or just sweet.” – Toni Morrison

39. “The presence of evil was something to be first recognized, then dealt with, survived, outwitted, triumphed over.” – Toni Morrison

44. “The human body is robust. It can gather strength when it’s in mortal danger.”– Toni Morrison

45. “I get angry about things, then go on and work.”– Toni Morrison

46. “Hate does that. Burns off everything but itself, so whatever your grievance is, your face looks just like your enemy’s.”– Toni Morrison

47. “When fear rules, obedience is the only survival choice.”– Toni Morrison

48. “The ability of writers to imagine what is not the self, to familiarize the strange and mystify the familiar, is the test of their power.”– Toni Morrison

49. “A good man is a good thing, but there is nothing in the world better than a good woman. She can be your mother, your wife, your girlfriend, your sister, or somebody you work next to. Don’t matter. You find one, stay there. You see a scary one, make tracks.”– Toni Morrison

50. “If there’s a book you really want to read but it hasn’t been written yet, then you must write it.”– Toni Morrison

She always tried to respect others. Toni Morrison also can be followed for her struggle to establish the rights of black people. Though he did not work openly for blacks, she protested all the injustices with black people through her writings. “Beloved” is an example of this type of writing.

Toni Morrison’s struggle also teaches us to never give up. Being a black community member, she became famous for her hard work. Being famous for her was one of the toughest things in her life. We can follow her for the struggling quality.

Toni Morrison was born on February 18, 1931. Her birthplace was Lorain, Ohio.  Her parent’s names are Ramah and George Wofford. The early life of Toni was very hard to believe.

Her family was black and being black was a curse for them. To escape from this curse, her father left his birthplace and moved to Ohio.

But the landlord still tortured them. Just two years after her birth, their family house was fired by the landlord for rent. Toni Morrison’s family education helped her a lot to form her life.

Toni Morrison’s elementary education was done by her family. Her high school name is  Lorain High School. She was a member of the debate team of this school.

She became a graduate of English Literature from Howard University in 1953. She completed her Master’s in 1955 from Cornell University. The Subject matter of her master’s degree was American Literature.

The editing career of Toni Morrison began after her divorce. Then she was an editor of a publisher “Random House”. She was inspired to become a writer by many famous writer’s books. H

er first novel was “The Bluest Eyes”. The best work of her life is “Beloved”. She achieved Nobel Prize in 1993. She also achieved many other famous awards like the Pulitzer Prize and  National Book Critics Circle Award. Some of her famous writings are “Song of Solomon”,  “Sula”, “The Big Box” etc