Top 100 Success Quotes That Will Inspire You to Succeed 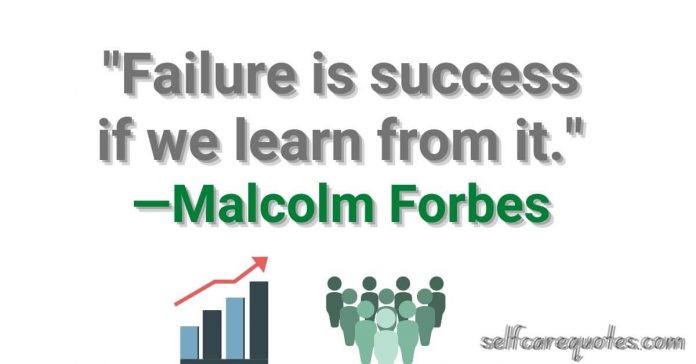 The word success is a mysterious word that has no exact meaning or definition. For different people success is different. Some people are trying to achieve the highest position in his office. For him gaining his position is a success. Some other people’s dream is to become a star or celebrity.

1. Failure is success if we learn from it. —Malcolm Forbes 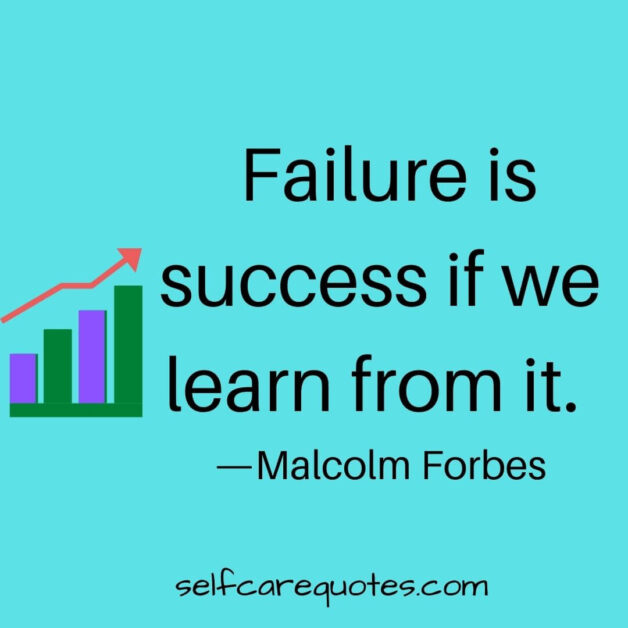 2. Frustration, although quite painful at times, is a very positive and essential part of success. —Bo Bennett

3. Success is a state of mind. If you want success, start thinking of yourself as a success. —Joyce Brothers

4. Success is not final, failure is not fatal: it is the courage to continue that counts. —Winston Churchill

6. Success is not measured by what you accomplish, but by the opposition you have encountered, and the courage with which you have maintained the struggle against overwhelming odds. —Orison Swett Marden

7. However difficult life may seem, there is always something you can do and succeed at.— Stephen Hawking

8. The greatest sign of success for a teacher… is to be able to say, ‘The children are now working as if I did not exist.’— Maria Montessori

10. Success is not a good teacher, failure makes you humble. —Shah Rukh Khan

So, success is interrelated with the life of a student. Success Quotes for students are a source of getting motivation and inspiration for them. These quotes motivate students in different ways. They help the students to study well and also to be strong in the time of failure.

11. Success is a lousy teacher. It seduces smart people into thinking they can’t lose. —Bill Gates

12. Success is to be measured not so much by the position that one has reached in life as by the obstacles which he has overcome.— Booker T. Washington

13. No man succeeds without a good woman behind him. Wife or mother, if it is both, he is twice blessed indeed. —Godfrey Winn

14. Success is not the key to happiness. Happiness is the key to success. If you love what you are doing, you will be successful.— Albert Schweitzer

15. Don’t aim for success if you want it; just do what you love and believe in, and it will come naturally.— David Frost

17. Eighty percent of success is showing up. —Woody Allen

Life is a broad concept. Everything we face in our life is a part of our life. In the lifetime of every man, he has to face some challenges. In these challenges sometimes we win and other times we fail. But some famous people do not want to think of vain attempts as completely vain.

They think that failure can teach us and finally can lead us to success. Scholars of all ages and from all over the world tried to explain success and also tried to instruct people about success in life. Life success quotes are also given by some of these scholars. They tried to guide people from all over the world in the way of success. So, reading life success quotes is important to be a successful person. 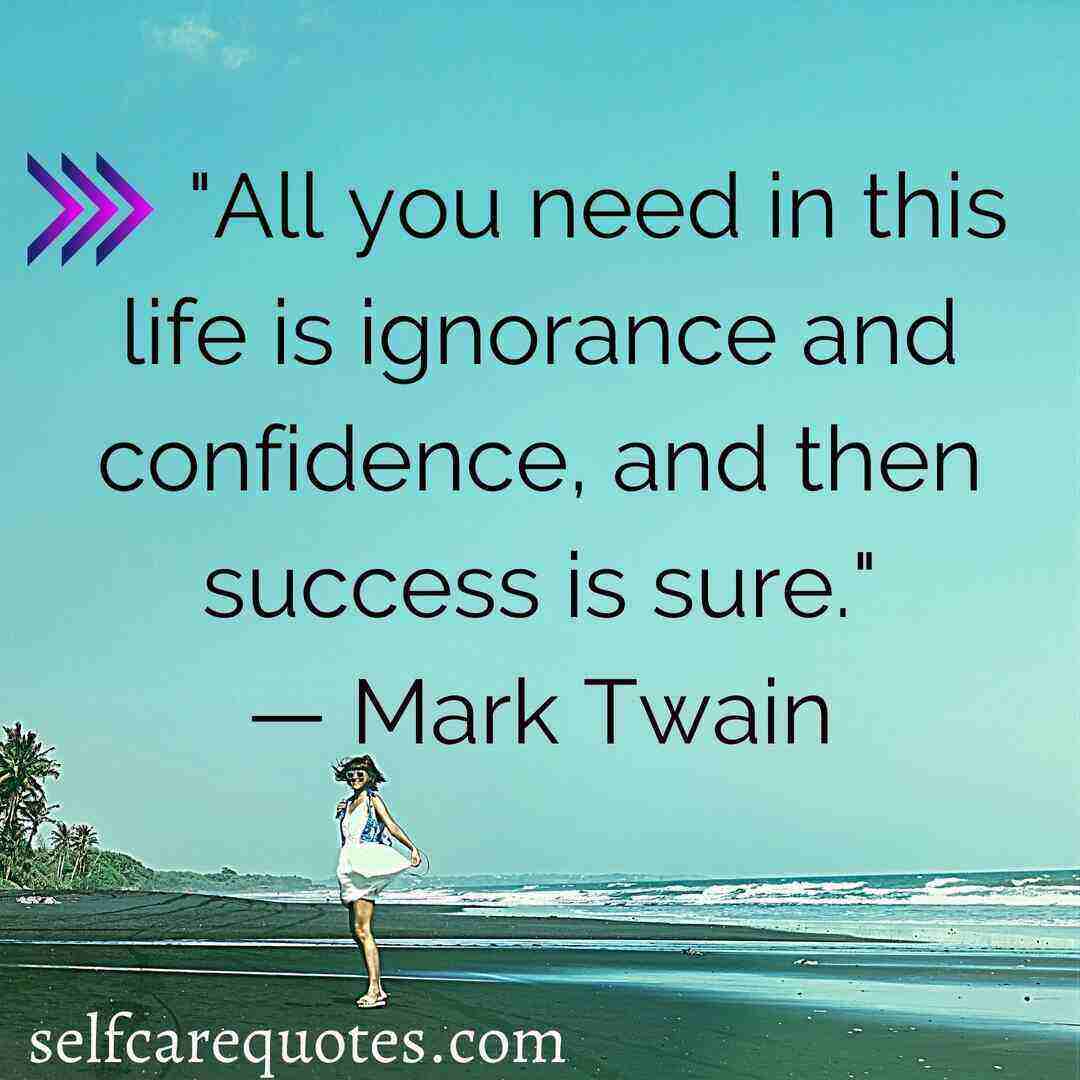 19.  All you need in this life is ignorance and confidence, and then success is sure.— Mark Twain

20. A successful man is one who can lay a firm foundation with the bricks others have thrown at him. —David Brinkley

21. Desire is the key to motivation, but it’s determination and commitment to an unrelenting pursuit of your goal – a commitment to excellence – that will enable you to attain the success you seek.— Mario Andretti

22. Success is simply a matter of luck. Ask any failure.— Earl Wilson

23. When love and skill work together, expect a masterpiece. —John Ruskin

24. The price of success is hard work, dedication to the job at hand, and the determination that whether we win or lose, we have applied the best of ourselves to the task at hand. —Vince Lombardi

25. Success is dependent on effort. —Sophocles

26. Success is the sum of small efforts – repeated day in and day out. —Robert Collier

27. Success is sweet and sweeter if long delayed and gotten through many struggles and defeats. —Amos Bronson Alcott

28. There is only one success – to be able to spend your life in your own way. —Christopher Morley

29. Obedience is the mother of success and is wedded to safety. —Aeschylus

30. Take up one idea. Make that one idea your life – think of it, dream of it, live on that idea. Let the brain, muscles, nerves, every part of your body, be full of that idea, and just leave every other idea alone. This is the way to success.— Swami Vivekananda

31. If you find it in your heart to care for somebody else, you will have succeeded. —Maya Angelou

32. The real secret of success is enthusiasm. —Walter Chrysler

33. Success consists of getting up just one more time than you fall. —Oliver Goldsmith

36. Success isn’t a result of spontaneous combustion. You must set yourself on fire. —Arnold H. Glasow

38. It’s not enough that I should succeed – others should fail. —David Merrick

Top 50 Success Quotes That Will Inspire You to Succeed. You can see the Video

39. Victory has a thousand fathers, but defeat is an orphan. —John F. Kennedy

40. What’s money? A man is a success if he gets up in the morning and goes to bed at night and in between does what he wants to do. —Bob Dylan

41. Success consists of going from failure to failure without loss of enthusiasm. —Winston Churchill

43. To be prepared is half the victory. —Miguel de Cervantes

44. Think twice before you speak, because your words and influence will plant the seed of either success or failure in the mind of another. —Napoleon Hill

46. You don’t have to be a genius or a visionary or even a college graduate to be successful. You just need a framework and a dream. —Michael Dell

47. Strive not to be a success, but rather to be of value. —Albert Einstein

48. You don’t have to be a genius or a visionary or even a college graduate to be successful. You just need a framework and a dream. —Michael Dell

49. Most people give up just when they’re about to achieve success. They quit on the one yard line. They give up at the last minute of the game one foot from a winning touchdown. —Ross Perot

51. Always be yourself, express yourself, have faith in yourself, do not go out and look for a successful personality and duplicate it. —Bruce Lee

52. Success is peace of mind which is a direct result of self-satisfaction in knowing you did your best to become the best you are capable of becoming. —John Wooden

53. Success is falling nine times and getting up ten. —Jon Bon Jovi

54. Action is the foundational key to all success. —Pablo Picasso

56. Success comes from knowing that you did your best to become the best that you are capable of becoming. —John Wooden

57. If you wish to succeed in life, make perseverance your bosom friend, experience your wise counselor, caution your elder brother, and hope your guardian genius. —Joseph Addison

58. Success is often the result of taking a misstep in the right direction.—Al Bernstein

What is success in entrepreneurship? 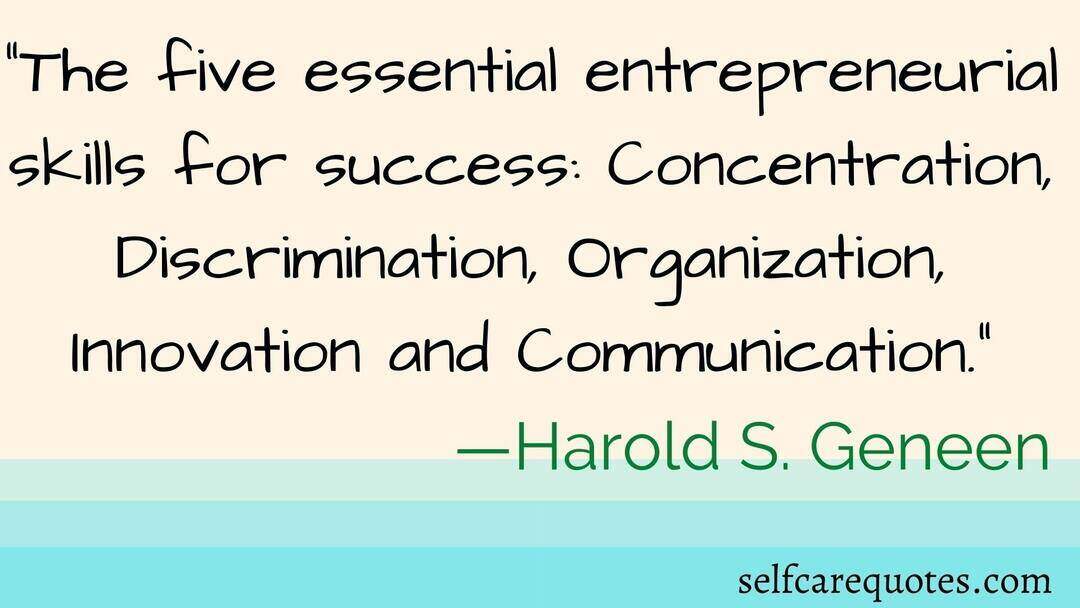 61. Success is finding satisfaction in giving a little more than you take. —Christopher Reeve

63. Success is achieved and maintained by those who try and keep trying. —W. Clement Stone

64. Success is simple. Do what’s right, the right way, at the right time.— Arnold H. Glasow

65. Those who have succeeded at anything and don’t mention luck are kidding themselves. —Larry King

66. Success is how high you bounce when you hit bottom. —George S. Patton

67. Always bear in mind that your own resolution to succeed is more important than any other. —Abraham Lincoln

68. Man needs his difficulties because they are necessary to enjoy success. —A. P. J. Abdul Kalam

69. There is no success without hardship. —Sophocles

70. In order to succeed you must fail, so that you know what not to do the next time. —Anthony J. D’Angelo

71. It is no use saying, ‘We are doing our best.’ You have got to succeed in doing what is necessary. —Winston Churchill

72. Success makes so many people hate you. I wish it wasn’t that way. It would be wonderful to enjoy success without seeing envy in the eyes of those around you. —Marilyn Monroe

73. Success has a simple formula: do your best, and people may like it. —Sam Ewing

74. The successful man will profit from his mistakes and try again in a different way. —Dale Carnegie

75. Find something you’re passionate about and keep tremendously interested in it. —Julia Child

76. If everyone is moving forward together, then success takes care of itself. —Henry Ford

78. The one phrase you can use is that success has a thousand fathers, and failure is an orphan.— Alan Price

79. The secret of success is sincerity. —Jean Giraudoux

80. Winning isn’t everything, it’s the only thing. —Vince Lombardi

81. The toughest thing about success is that you’ve got to keep on being a success.— Irving Berlin

82. Success or failure depends more upon attitude than upon capacity successful men act as though they have accomplished or are enjoying something. Soon it becomes a reality. Act, look, feel successful, conduct yourself accordingly, and you will be amazed at the positive results. —William James

83. Success is not forever and failure isn’t fatal. —Don Shula

85. Success is a science; if you have the conditions, you get the result. —Oscar Wilde

86. Whosoever desires constant success must change his conduct with the times. —Niccolo Machiavelli

87. Success depends upon previous preparation, and without such preparation there is sure to be failure. —Confucius

89. Flaming enthusiasm, backed up by horse sense and persistence, is the quality that most frequently makes for success. —Dale Carnegie

90. Whatever success I may have attained is due to the fact that since I was old enough to work at all, my ambition has never deserted me. —Anna Held

91. To be successful you have to be lucky, or a little mad, or very talented, or find yourself in a rapid growth field. —Edward de Bono

92. Success isn’t everything but it makes a man stand straight. —Lillian Hellman

93. Develop success from failures. Discouragement and failure are two of the surest stepping stones to success. —Dale Carnegie

95. Failure is not an option. Everyone has to succeed. —Arnold Schwarzenegger

96. The ladder of success is best climbed by stepping on the rungs of opportunity. —Ayn Rand

97. The most important single ingredient in the formula of success is knowing how to get along with people. —Theodore Roosevelt

98. Success is nothing more than a few simple disciplines, practiced every day. —Jim Rohn

99. A person with a new idea is a crank until the idea succeeds. —Mark Twain

100. Some people dream of success, while other people get up every morning and make it happen. —Wayne Huizenga

Finally, we can say that success is involved in every sector of life. Whatever you do, you face success or failure. So, success is related to our day-to-day life. We all expect success but very few of us achieve that. Most of the time we have to face failure in life.

But in the time of failure, we should not be broken, we have to get motivation, and also we have to restart again. To get the motivation and also to know the true nature of success we have to deal with the success quotes. These quotes are the result of deep thinking and experience.