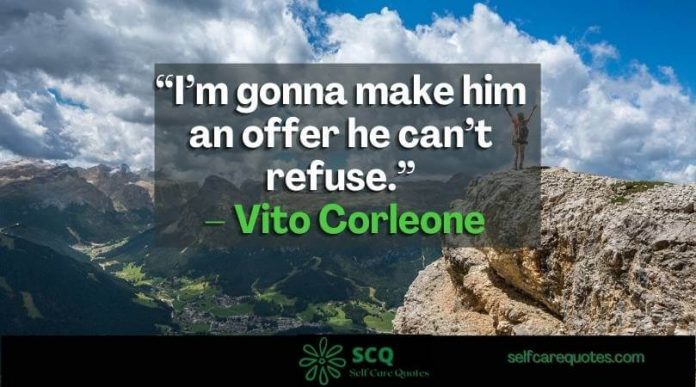 Gangster quotes teach various aspects of our lives interestingly. The quotes are quite different from the other quotes. The gangster quotes of movies, popular characters, and TV series represent the philosophy of life. The quotes remind us of our responsibilities.

The quotes talk about success, money, loyalty, friendship, and love. It suggests us to be hardworking and passionate in our life. If you go through the gangster quotes, you’ll find different aspects and uses of the word ‘gangster.’

1. “Once a gangster, always a gangster.”– Gary Glasberg

2. “They feared me because I feared Nothing.”– Lydia Lunch

5. “Every man is a mob, a chain gang of idiots.”– Jonathan Nolan

6. “The classy gangster is a Hollywood invention.”– Orson Welles

8. “Mafia is the best example of capitalism we have.”– Marlon Brando

10. “Keep your friends close but your enemies closer.” – Michael Corleone

11. “Every human being has a bit of gangster in him.”– Binyavanga Wainaina

You’ll find various funny gangster quotes that can refresh your mind when you are upset. Whenever you feel restless and gloomy, you may look over these quotes. You can also send these interesting quotes to your friends to refresh their minds.

14. “The Mafia is a question every time an Italian raises his head.”– Mario Cuomo

15. “Some of your worst gangsters are guys who were very low-key.” – Mickey Rourke

16. “I never lie because I don’t fear anyone. You only lie when you’re afraid.” – John Gotti

17. “A thug only understands you when you speak his language.”– Alexander Lukashenko

18. “Any distraction tends to get in the way of being an effective gangster.”– Terence Winter 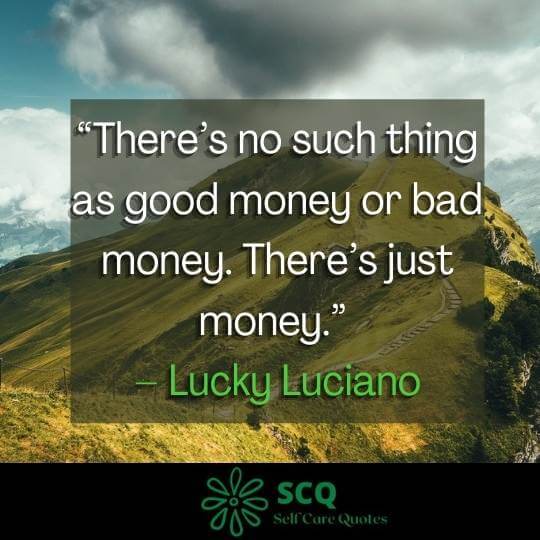 20. “The mob is man voluntarily descending to the nature of the beast.”– Ralph Waldo Emerson

21. “The Italian gangster thing has become a form of the modern-day Western.”– Armand Assante

22. “I am an undisputed gangster. To me, that means playing by my own rules.” – Katherine Ryan

24. “I think we have always had a fascination for gangs and gangsters, and I think we always will.” – Ross Kemp

25. “A gangster doesn’t think of himself a hustler, I assume he thinks of himself as a businessman.”– Delroy Lindo

26. “When you’re a kid and you see gangsters living the life, you kind of want to be like that.”– Jaume Collet-Serra

27. “Be careful who you call your friends. I’d rather have four quarters than one hundred pennies.”– Al Capone

28.  “Even gang members imagine a future that doesn’t include gangs.”– Greg Boyle

29. ”You can get much further with a kind word and a gun than you can with just a kind word.” – Al Capone

If you look over the inspirational gangster quotes, you’ll find that this word represents the concept of hard work. It motivates us to complete our responsibilities and task with determination. The quotes will inspire you to be more dedicated to your work. When you become fed up with your daily workload, you may go through these quotes. 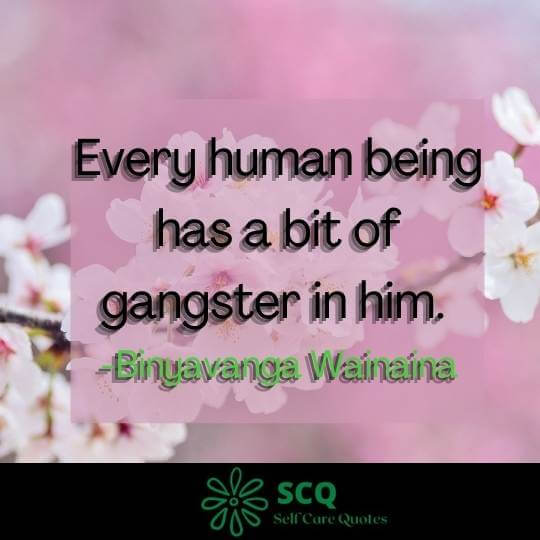 30. Every human being has a bit of gangster in him. -Binyavanga Wainaina

31. “A team is where a boy can prove his courage on his own. A gang is where a coward goes to hide.”– Mickey Mantle

32. “There are many people who think I’m actually a gangster or a mafioso, largely because of ‘Goodfella.” – Paul Sorvino

33. “It is a rule of law alone which hinders the rulers from turning themselves into the worst gangsters.”– Ludwig Von Mises

34. “Everybody who comes from the gangster life – they want what that man in the suburbs wants. Nice family. Nice house. Nice cars. Bills paid. Kids in school. Food on the table. Nothing more.”– Ice Cube

35. “A gangster must always be prepared to kill a friend. It is one of the many open secrets of the business, since it is the truest test of his ability to rule and command the respect of his crew.”– Lorenzo Carcaterra

36. “I’m not mad, I’m proud o’ you. You took your first pinch like a man and you learned the two greatest things in life… never rat on your friends and always keep your mouth shut.” – Jimmy Conway (Robert De Niro)

38. “Gangsters lived in the neighborhood. They weren’t apart from it. Their relationships with people were both benevolent and scary.” – Ruby Dee

39. “War is a thug’s game. The thug strikes first and harder. He doesn’t go by rules and he isn’t afraid of hurting people.” – Anne Morrow Lindbergh

40. “You ain’t a lawyer no more, Dave. You a gangster now. On the other side. A whole new ball game. You can’t learn about it in school, and you can’t have a late start.” – Carlito

Gangster attitude quotes are also interesting to read. Attitude quotes are highly also highly motivational. If you are suffering from depression in your life, then you can look over these quotes. You’ll get back the lost courage and willpower. By reading the quotes, you’ll bring back your lost attention to your work. 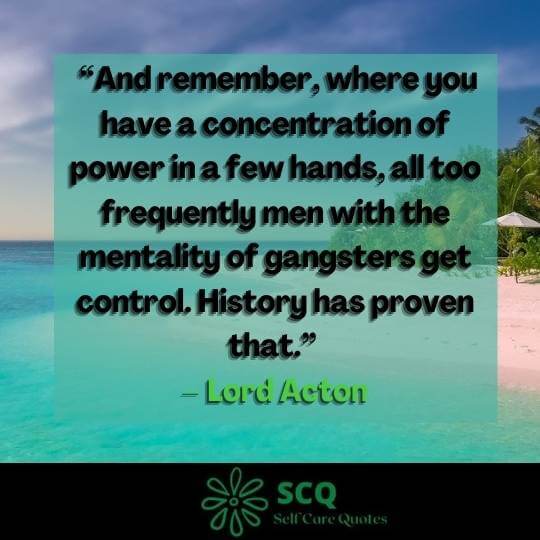 41. “And remember, where you have a concentration of power in a few hands, all too frequently men with the mentality of gangsters get control. History has proven that.” – Lord Acton

43. “From now on, nothing goes down unless I’m involved. No blackjack no dope deals, no nothing. A nickel bag gets sold in the park, I want in. You guys got fat while everybody starved on the street. Now it’s my turn.” – Frank White

44. “Two little mice fell in a bucket of cream. The first mouse quickly gave up and drowned. The second mouse, wouldn’t quit. He struggled so hard that eventually he churned that cream into butter and crawled out. Gentlemen, as of this moment, I am that second mouse.” – Frank Abagnale Sr

46. “When you love someone, you’ve gotta trust them. There’s no other way. You’ve got to give them the key to everything that’s yours. Otherwise, what’s the point? And for a while, I believed, that’s the kind of love I had.” – Ace Rothstein

47. “You need more than guts to be a good gangster. You need ideas.” – Rocket, City of God

48. “No gangster is ever happy when he’s at peace. The main reason he’s in the business is to eliminate his enemies.”– Lorenzo Carcaterra

49. “A true gangster can smell out a person’s strengths and weaknesses in a matter of minutes, but what they can sense most of all, what their bodies are most attuned to, is the scent of fear.” – Lorenzo Carcaterra

50. “The gangster is the man of the city, with the city’s language and knowledge, with its queer and dishonest skills and its terrible daring, carrying his life in his hands like a placard, like a club.”– Robert Warshow

“Gangsters live for the action. The closer to death, the nearer to the heated coil of the moment, the more alive they feel.” – Lorenzo Carcaterra, Gangster 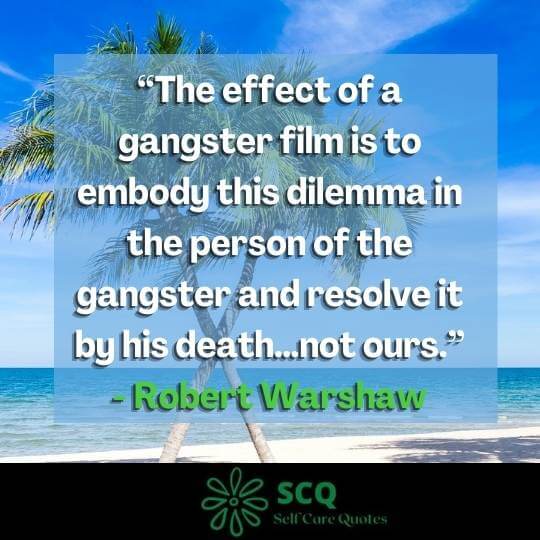 “The effect of a gangster film is to embody this dilemma in the person of the gangster and resolve it by his death…not ours.”– Robert Warshaw

“Do not fear death. Death is just a reformation in something even more magnificent. Death is where it all starts, death; it’s not the end.”