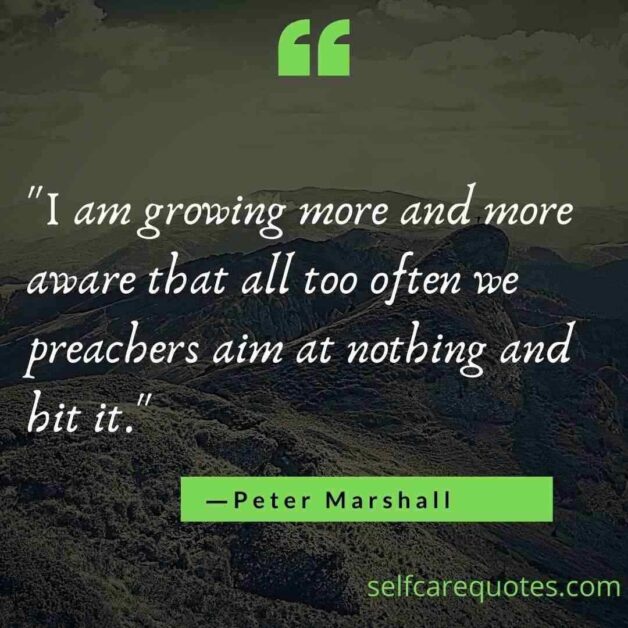 Peter Marshall is a noteworthy Scots-American Preacher. He worked as chaplain of the US Senate. He became popular with his biography, which was written by his wife, Catherine Marshall. The name of the biography of Peter Marshall is ‘A Man called Peter.’ The book was published in 1951, after two years of his death. The film adaptation of Peter’s biography also made a place in the heart of the audience.

With the popularity of the biography and its film adaptation, Peter’s popularity also increased. The adapted film was released in 1955. It was also unique with its cinematography and was nominated for the Academy Award. His unique thoughts inspire people to think and look at their life differently. If you want to learn about his philosophy, you may look over the Peter Marshall quotes.

1. I am growing more and more aware that all too often we preachers aim at nothing and hit it. ―Peter Marshall

2. May we think of freedom, not as the right to do as we please, but as the opportunity to do what is right.―Peter Marshall

3. Give to us clear vision that we may know where to stand and what to stand for – because unless we stand for something, we shall fall for anything. ―Peter Marshall

4. God will not permit any troubles to come upon us, unless He has a specific plan by which great blessing can come out of the difficulty. ―Peter Marshall

6. A different world cannot be built by indifferent people.―Peter Marshall

9. If you don’t stand for something you will fall for anything.―Peter Marshall

10. When we long for life without difficulties, remind us that oaks grow strong in contrary winds and diamonds are made under pressure.―Peter Marshall

11. The measure of life is not its duration, but its donation.―Peter Marshall

12. This is a day of little faith – of few convictions – a day when men seem to have no great causes and no great passions. So in frustration, in disappointment, they are inclined to say, ‘You can’t change human nature.’ It is true that we cannot change human nature. But God can.―Peter Marshall

13. Teach us, O Lord, the disciplines of patience, for to wait is often harder than to work.―Peter Marshall

14. Most of us know perfectly well what we ought to do; our trouble is that we do not want to do it.―Peter Marshall

15. Out of profound gratitude for my adopted country, I can only say that I would like in this land to live and die, and while I live to help other people as much as possible, believing that only in service to other people can I possibly express my gratitude for all that America has done for me.―Peter Marshall

16. Church members in too many cases are like deep sea divers, encased in the suits designed for many fathoms deep, marching bravely to pull out plugs in bathtubs. ―Peter Marshall

17. If you hug to yourself any resentment against anybody else, you destroy the bridge by which God would come to you.―Peter Marshall

18. We ministers have undoubtedly failed to connect and apply Christianity to the practical everyday problems of the average man. In this, we have failed to follow in Christ’s footsteps. For the religion which He taught and revealed in His own life and ministry was an intensely practical and down-to-earth affair.―Peter Marshall

19. The true minister is in his pulpit not because he has chosen that profession as an easy means of livelihood, but because he could not help it, because he has obeyed an imperious summons that will not be denied.―Peter Marshall

20. I could never describe it to anyone how I knew, but there was no mistaking it. One moment, I was walking along undecided – and the next moment, I knew that it was God’s will for me to go to America. I don’t think I could describe it any more accurately. ―Peter Marshall 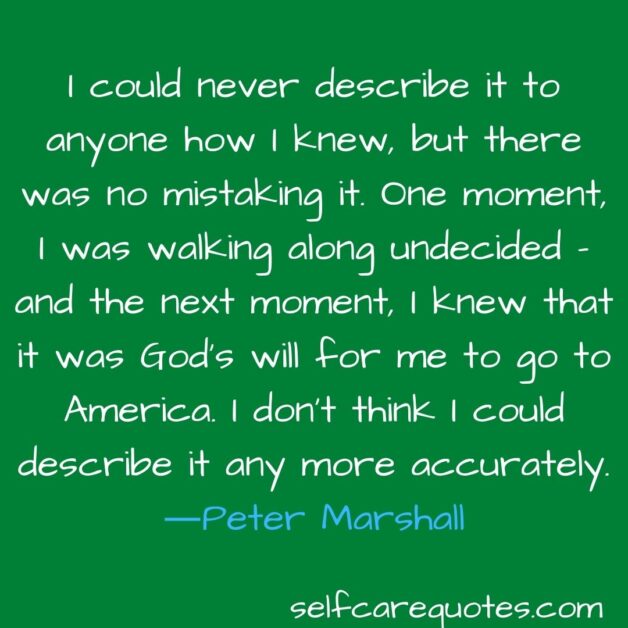 21. I know that no business contract, no order or commercial consideration can ever be worth the happiness of one’s home or the peace of one’s mind. ―Peter Marshall

22. Human nature must be changed if we are ever to have an end to war or to correct the wrong situations that make our lives uneasy and our hearts sore. Now Christianity, the power of Jesus Christ, the Holy Spirit of God, is the only force that can change people for good. ―Peter Marshall

23. God hasn’t given up on you. He can still do great things for you, in you, and through you. God is ready and waiting and able. ―Peter Marshall

24. Human nature must be changed if we are ever to have an end to war or to correct the wrong situations that make our lives uneasy and our hearts sore. Now Christianity, the power of Jesus Christ, the Holy Spirit of God, is the only force that can change people for good. ―Peter Marshall

25. A man walks on through life – with the external call ringing in his ears but with no response stirring in his heart, and then suddenly, without any warning, the Spirit taps him on the shoulder. What happens? He turns ’round. The word ‘repentance’ means ‘turning ’round.’ He repents and believes and is saved.―Peter Marshall

26. Sometimes this going out in obedience to God’s command is more dramatic than at other times… sometimes more spectacular… sometimes more brave… but always it is a venture into the unknown.―Peter Marshall 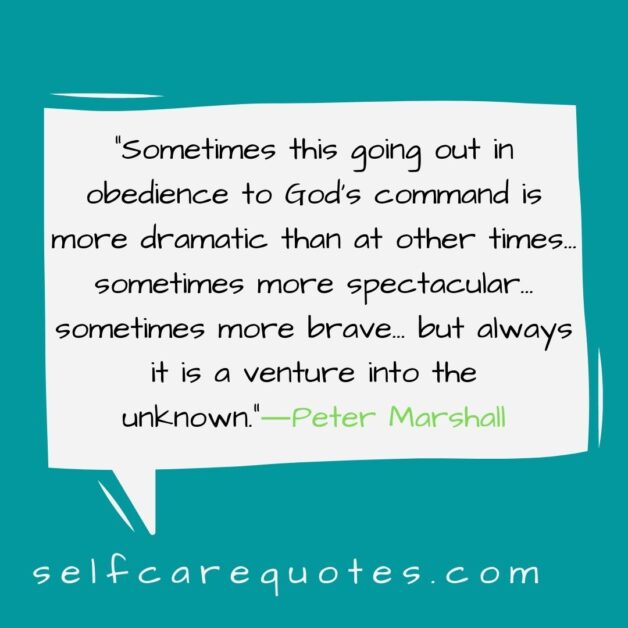 The birth year of Peter Marshall is 1902. He was born in Scotland. From his childhood, he had an interest in the ministry. Peter Marshall shifted to New York at the age of twenty-four.

He studied at Columbia Theological Seminary. At first, he worked as the pastor in the Church of Georgia. Later he joined the Westminster Presbyterian Church, which is situated in Atlanta.

In 1937 Peter Marshall joined as the pastor of the Church of Washington, DC. He became the US Senate Chaplain just before two years of his death. In 1949, Peter Marshall died of a sudden heart attack. He died at the age of forty-six.

If we go through the excerpts and quotes of Peter Marshall, we’ll find that each of his quotes carries a heavy meaning with it. He inspired us to focus on our activity. It may be small, but it is better than the extended plan. We should not waste our time only to plan; instead, we should do that. Peter Marshall suggests us to stand for our rights; otherwise, we’ll be deprived. He inspires us to take the difficulties of our life positively.

We should face all of our problems with courage. With the continuous pressure, struggle, challenges of life, we’ll become strong like the diamonds. He also focuses on the true meaning of our life. Our life’s long duration will not be meaningful if we don’t do anything for the people around us. We should spend a portion of the time of our life for the betterment of the people.

Peter inspires us to keep patient with the difficulties of our life. God has a better plan for us, and he sends the problems with other blessings. Peter Marshall’s every advice is essential to be a better human being. We should follow his valuable life-related suggestions to form a better outlook for our life.