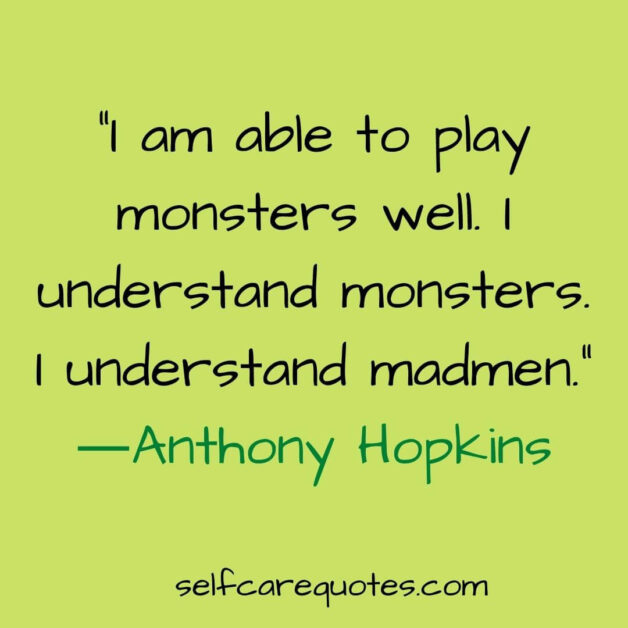 We generally relate the word “monster” with negative power. When we hear this word, we visualize a fearful and dangerous image. There is not an actual monster in this world. It’s an imaginary creation. From ancient mythology, we come to know about the demon.

A demon is always a frightening creature that is threatening for the human being. In all the stories of ancient mythology, we find it as a negative power. You’ll find various quotes about monsters, which also portrays the negative role of the demon.

2. I expose slavery in this country, because to expose it is to kill it. Slavery is one of those monsters of darkness to whom the light of truth is death. ―Frederick Douglass

3. Monsters are real, and ghosts are real too. They live inside us, and sometimes, they win.―Stephen King

4. Is it better to out-monster the monster or to be quietly devoured?―Friedrich Nietzsche

5. Battle not with monsters, for then you become one.―Johann Wolfgang von Goethe

6. I have never seen a greater monster or miracle in the world than myself. ―Michel de Montaigne

7. The real world is where the monsters are. ―Rick Riordan

9. Whoever fights monsters should see to it that in the process he does not become a monster. And if you gaze long enough into an abyss, the abyss will gaze back into you. ―Friedrich Nietzsche 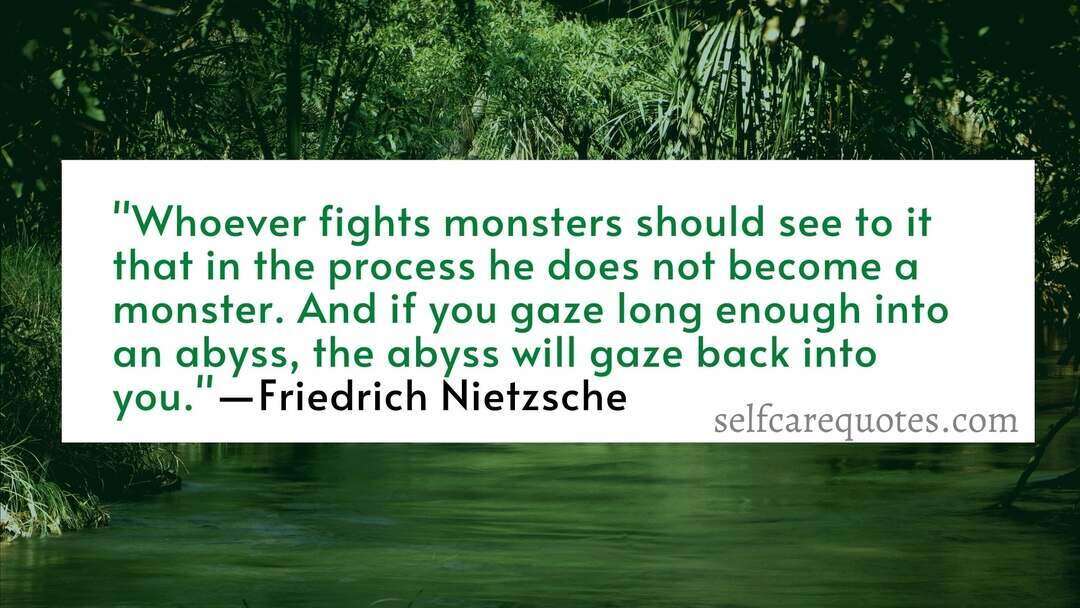 10. The scariest monsters are the ones that lurk within our souls. ―Edgar Allan Poe

11. Ignorance is the womb of monsters. ―Henry Ward Beecher

12. It’s men you should be afraid of, not monsters. ―Niccolo Ammaniti

13. Man as an individual is a genius. But men in the mass form the headless monster, a great, brutish idiot that goes where prodded. ―Charlie Chaplin

14. Ignorance breeds monsters to fill up the vacancies of the soul that are unoccupied by the verities of knowledge.
―Horace Mann

16. I can see every monster as they come in. ―Truman Capote

17. The monsters are in your own head ―Paula Cole

18. Monsters exist because they are part of the divine plan, and in the horrible features of those same monsters the power of the creator is revealed. ―Umberto Eco

19. Everyone carries around his own monsters. ―Richard Pryor

21. I believe there are monsters born in the world to human parents…. The face and body may be perfect, but if a twisted gene or a malformed egg can produce physical monsters, may not the same process produce a malformed soul? ―John Steinbeck

Humans are the real monsters quotes:
There is not any connection between the monster and the human being. The concept of the genie is the imaginary creation of us. In the mythological stories, we find the negative traits of the monsters. It is a matter of regret that, we find these characteristics to the human being too. Nowadays, we may find many people; who show the traits of the demons; more than their innate quality.

We are losing humanity day by day. Every day we observe a lot of news about the heinous crime of humans. This information makes us believe the fact that humans are the real monster. Nowadays, the activities of human beings are becoming like monsters. Crimes like murder and rape have become usual news every day. Our activities are reminding the mythological monsters.

22. Monsters are very real. But they’re not just creatures. Monsters are everywhere. They’re people. They’re nightmares…They are the things that we harbor within ourselves. If you remember one thing, even above remembering me, remember that there is not a monster dreamt that hasn’t walked once within the soul of a man.
―C. Robert Cargill

23. Until we have met the monsters in ourselves, we keep trying to slay them in the outer world. And we find that we cannot. For all darkness in the world stems from darkness in the heart. And it is there that we must do our work. ―Marianne Williamson

24. What strange phenomena we find in a great city, all we need do is stroll about with our eyes open. Life swarms with innocent monsters. ―Charles Baudelaire

25. Some men have a silly theory about beautiful women – that somewhere along the line they’ll turn into a monster. That movie gave them a chance to watch it happen. ―Salma Hayek

26. I am an invisible monster, and I am incapable of loving anybody. You don’t know which is worse.―Chuck Palahniuk

27. The ego is a fascinating monster. ―Alanis Morissette

28. O, beware, my lord, of jealousy; It is the green-ey’d monster, which doth mock The meat it feeds on.

30. There are very few monsters who warrant the fear we have of them. ―Andre Gide

31. There is no denying that Hitler and Stalin are alive today… they are waiting for us to forget, because this is what makes possible the resurrection of these two monsters. ―Simon Wiesenthal

33. One of the many reasons for the bewildering and tragic character of human existence is the fact that social organization is at once necessary and fatal. Men are forever creating such organizations for their own convenience and forever finding themselves the victims of their home-made monsters. ―Aldous Huxley

34. I consider that women who are authors, lawyers, and politicians are monsters. ―Pierre-Auguste Renoir

35. Calling someone a monster does not make him more guilty; it makes him less so by classing him with beasts and devils. ―Mary McCarthy

36. You have to fight the green monster with your mind, not your fists. ―Matthew Broderick

38. Your memory is a monster; you forget – it doesn’t. It simply files things away. It keeps things for you, or hides things from you – and summons them to your recall with a will of its own. You think you have a memory; but it has you! ―John Irving

39. When we don’t know who to hate, we hate ourselves. ―Chuck Palahniuk

40. I think you have to know who you are. Get to know the monster that lives in your soul, dive deep into your soul and explore it. ―Tori Amos

41. In all known time there has never been a greater monster or miracle than the human being.―Bryant H. McGill

42. The monster was the best friend I ever had. ―Boris Karloff

43. Fantasy, abandoned by reason, produces impossible monsters; united with it, she is the mother of the arts and the origin of marvels. ―Francisco Goya

44. You can’t create a monster, then whine when it stomps on a few buildings. ―Yeardley Smith

45. The monsters of our childhood do not fade away, neither are they ever wholly monstrous. ―John le Carre

46. The artist must bow to the monster of his own imagination. ―Richard Wright

47. Every woman is supposed to have the same set of motives, or else to be a monster. ―George Eliot

48. A lot of life is dealing with your curse, dealing with the cards you were given that aren’t so nice. Does it make you into a monster, or can you temper it in some way, or accept it and go in some other direction? ―Wes Craven

49. Behind every tree there’s a new monster. ―Todd Rundgren

50. In this business, until you’re known as a monster you’re not a star. ―Bette Davis

Final Thoughts:
The moral degradations of human beings make them like monsters. People are becoming furious day by day. They don’t hesitate to commit dangerous crimes. If we read about the stories of demons, we’ll find the similarities between the monster and the human being. If you go through the quotes about monsters, you can relate the demons to the human being. We have to practice human quality to decrease the monster traits from us.