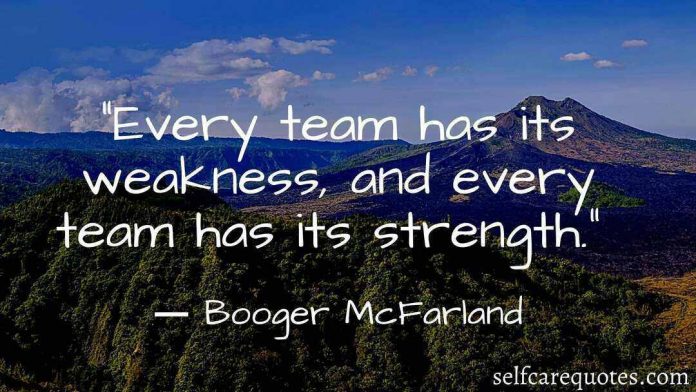 Booger Mcfarland was a renowned American footballer who played the responsibility of a DT (defensive tackle) of the National Football League. His birth name is Anthony Darelle McFarland. He is commonly known as Booger Mcfarland. We find working in the team of Indianapolis Colts. Mcfarland also worked with Tampa Bay Buccaneers. 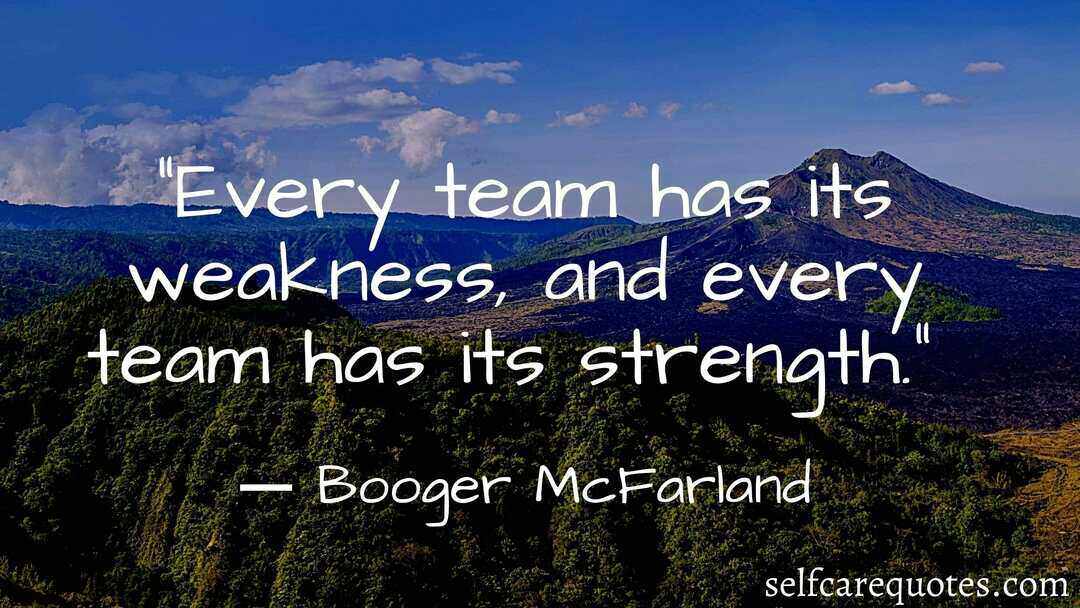 2. Playing defense, it was a tough job, but it was pretty simple: When the ball came off, get in the backfield and create havoc and find the ball carrier. ― Booger McFarland

3. Like a good play-caller, a good TV guy, if you get going on a good conversation, you can ad-lib a little bit. You keep it going. Just like in a game, if you call a couple plays and they’re working, you come back to them.― Booger McFarland

5. I think the NFL needs a more stringent policy when it comes to domestic violence. Make the punishment work.― Booger McFarland

7. There’s nothing more comforting for a team than to know when you need someone to make a play, you have someone who is going to do it when it matters most.― Booger McFarland

8. I’m a small-town kid from Winnsboro, La., who grew up not really being comfortable talking to people.― Booger McFarland

9. Momma told me, ‘I’m going to town. Don’t touch the trash in the backyard,’ because we used to burn our trash. So I’m going to do mama a favor. I light the trash and go back inside to watch Ohio State and LSU play. And something said, ‘You know what, at halftime, go check on it.’ And fire is about 8 feet from the back door.― Booger McFarland

11. If you want to go to a school with lower requirements, it doesn’t diminish the education.― Booger McFarland 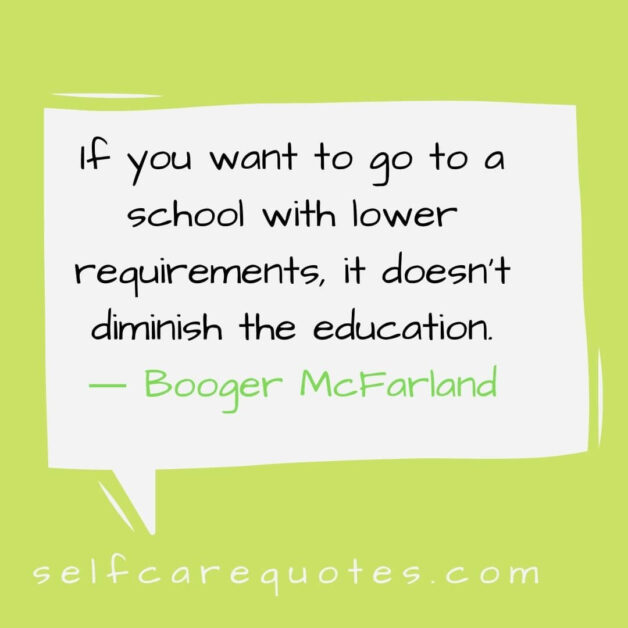 12. My family can tell you I’m not really a guy that likes roller coasters. I don’t like going on Ferris wheels. I’ve got a six-feet rule; I like my feet no more than five, six feet from the ground at all times.― Booger McFarland

13. I was a bad kid, getting into a lot of wild stuff.― Booger McFarland

14. I never said I want to be the football guy. But when that opportunity started to become real, I said, ‘Okay, let’s see where this goes.’― Booger McFarland

15. I’ve always been this way. What you see is what you get.― Booger McFarland

16. When I talk about football from a studio standpoint, I try to cut through the minutia and get to the point.― Booger McFarland

17. The way I look at it is I try to take advantage of every opportunity I’ve got.― Booger McFarland

18. Nothing motivates an 18-year-old like being disrespected.― Booger McFarland

19. Offense is about rhythm and timing, and you’re not going to always have that every game.― Booger McFarland

20. Now if anyone calls me Anthony, I usually don’t respond.― Booger McFarland

21. I understand Pat Mahomes is off to a good start. I’m not ready to crown him four games into his career, but he’s definitely playing well.― Booger McFarland

22. I do have a fear of heights.― Booger McFarland

23. Quarterbacks will make plays; they always do. But I think the team that runs the ball the best will win.― Booger McFarland

24. You can be a great defensive player, and if you don’t put up splash statistics, then you’re not going to get noticed.― Booger McFarland

26. Mike Greenberg and I are really good friends.― Booger McFarland

27. I watch all sports in some shape or form. When you grow up in a small town, sports become a form of you.― Booger McFarland

28. When you criticize grown men, it’s a lot easier. They make millions of dollars. They should be able to handle it, especially if you do it in a truthful manner… I’m sure it stings, but my whole objective is to be honest.― Booger McFarland

29. I like a guy with a little edge. I mean, I played with Warren Sapp.― Booger McFarland

30. People talk about players who should get more attention, but things like that have never bothered me. If I just play my game, walk out the back door without anybody seeing me, I’m fine with that.― Booger McFarland 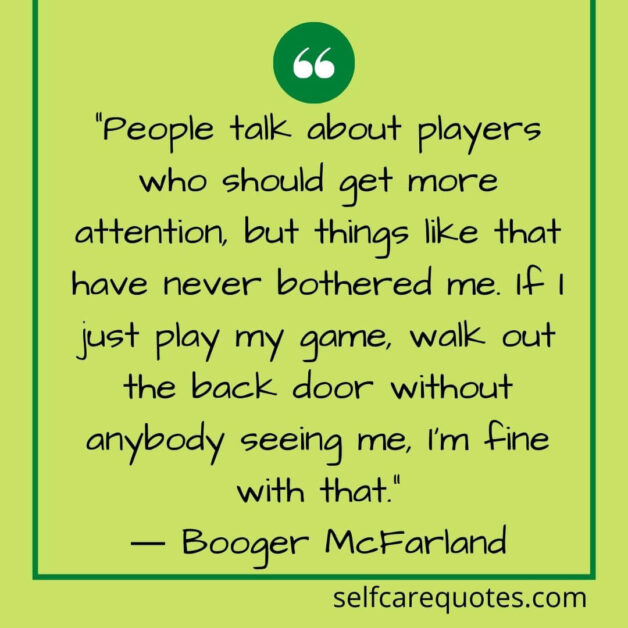 31. When you treat people the right way, it’s amazing the avenues that open up for you.― Booger McFarland

34. People who know me, the guys who have been around me every day, this is the way I’ve been… I’ve never been a guy who just needed a lot of attention. Some people do.― Booger McFarland

35. You watch guys talk about football, and you think that maybe it’s really easy, and it’s really not. Yeah, we’ve got the expertise because we played, but how you put that into a 30-, 45-second take and educate and entertain someone that’s watching?― Booger McFarland

He possesses Afro-American origin. “Booger” is his nickname.  Mcfarland received this nickname when he was a child. In 2008, Anthony Darelle McFarland married Tammie McFarland. This couple has two children, a daughter and a son. His daughter’s name is Alecxis, and his son’s name is Jacob.

Before working with Tampa Bay Buccaneers, we find Mcfarland playing in the college team. From 1995 to 1998, he played as a member of the Louisiana State University Tigers football team.    In 1999, Mcfarland started his journey with the Tampa Bay Buccaneers. During eight seasons, his total number of tackles was 305. The sack number was 20. Later he worked with Indianapolis Colts for two years.

We also find Booger Mcfarland working as the co-host of the radio show. From 1914, he started to work as a sports analyst in SEC Network. In Monday Night Football, Mcfarland worked as the color analyst. Here, he also played the role of a consultant and a reporter.

If you go through Booger Mcfarland’s quotes, you’ll find that he is very straightforward in acknowledging his shortcomings. He admitted that he was a small-town child and was very shy from his childhood. He was not comfortable talking to the people. Booger Mcfarland suggests us to be inspired by our disrespect. He believes in turning our disrespect into the motivation of our life.

He also thinks that our talent has the power to change the situation of our life. We also have to work hard to ensure the better use of our talent. Mcfarland is an amazing human being, and it reflects in his words. He says if we treat people in the right way, we’ll also get back from others. He inspires us to be a real human being. We may follow his words to uplift our perspective and to enrich our experiences.