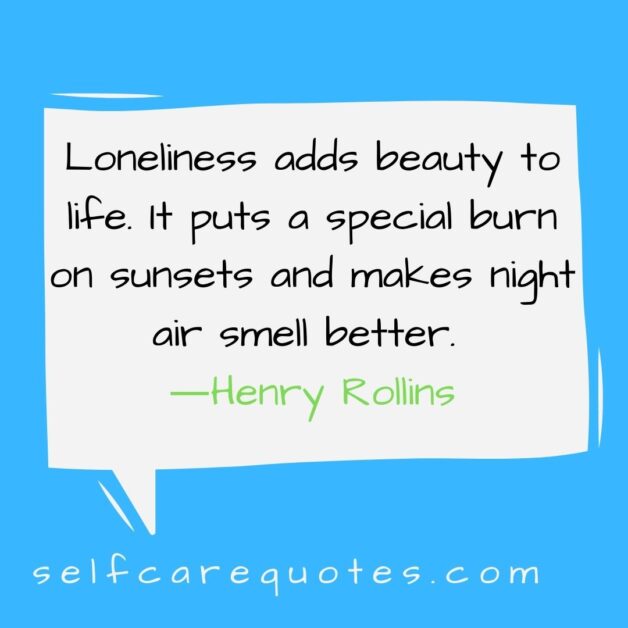 Henry Rollins is a famous American musician and singer. He is also well known as an actor, comedian, and presenter. Though he is popularly known as Henry Rollins, his original name is Henry Lawrence Garfield.

We also find Henry Rollins as the Host of a popular radio show on KCRW. He is a multi-talented person. We find him a successful musician, actor, singer, writer, TV Host, and producer.

You may acquaint yourself with this talented person by going through Henry Rollins quotes.

2. Never once have I thought that Social Security would be something that would ever be available to me.―Henry Rollins

3. Yes, I guess you could say I am a loner, but I feel more lonely in a crowed room with boring people than I feel on my own. ―Henry Rollins

5. The month of November makes me feel that life is passing more quickly. In an effort to slow it down, I try to fill the hours more meaningfully.―Henry Rollins

6. My optimism wears heavy boots and is loud. ―Henry Rollins

8. I don’t want to pass through life like a smooth plane ride.―Henry Rollins

9. I think self-reliance and self-responsibility and self-accountability will help you as a parent, a teacher, as a citizen as a friend.―Henry Rollins

10. It is only our humanity that can deliver us from the brutality of our achievements.―Henry Rollins

11. Life will not break your heart. It’ll crush it.―Henry Rollins

12. I try to get myself up and moving as early as possible. Optimum is to be on the treadmill while it is still dark outside.―Henry Rollins

13. Hope is the last thing a person does before they are defeated.―Henry Rollins

14. Weakness is what brings ignorance, cheapness, racism, homophobia, desperation, cruelty, brutality, all these things that will keep a society chained to the ground, one foot nailed to the floor.―Henry Rollins

16. You need a little bit of insanity to do great things.―Henry Rollins

17. Everyone who knows me knows that I’m a hopeless romantic who listens to love ballads and doo-wop songs all the time.―Henry Rollins

19. Keep your blood clean, your body lean, and your mind sharp.―Henry Rollins

20. Don’t do anything by half. If you love someone, love them with all your soul. When you go to work, work your ass off. When you hate someone, hate them until it hurts.―Henry Rollins

21. When you are young, there is so much ahead of you, it’s like the Saharan desert. You can’t even see across it.―Henry Rollins

22. In winter, I plot and plan. In spring, I move.―Henry Rollins

23. If the Constitution was a movie, the Preamble would be the trailer, the First Amendment the establishing shot, the 13th the crowd pleaser and the 14th the ultimate hero scene.―Henry Rollins

24. I am on until I am dead, like a light bulb.―Henry Rollins

25. The truth is an anti-war statement in itself.―Henry Rollins

26. Nothing brings people together more, then mutual hatred.―Henry Rollins

27. We all learn lessons in life. Some stick, some don’t. I have always learned more from rejection and failure than from acceptance and success.―Henry Rollins

28. Voting is completely important. People in America think democracy is a given. I think of it as an ecosystem, and what gets in the way of it is politicians and apathy.―Henry Rollins

29. There is not one single police officer in America that I am not afraid of and not one that I would trust to tell the truth or obey the laws they are sworn to uphold. I do not believe they protect me in any way.―Henry Rollins

30. I don’t believe in fate or destiny. I believe in various degrees of hatred, paranoia, and abandonment. However much of that gets heaped upon you doesn’t matter – it’s only a matter of how much you can take and what it does to you.―Henry Rollins

31. Questioning anything and everything, to me, is punk rock.―Henry Rollins

32. Maybe I’m just a psycho, and the stage is a better place to go than either the loony bin or somewhere else.―Henry Rollins

33. You must never lower yourself to being a person you don’t like.―Henry Rollins

34. When you start to doubt yourself the real world will eat you alive.―Henry Rollins

35. I like boring black and white films with subtitles. I’m basically a drip.―Henry Rollins

36. When people hold you in high esteem, it’s very delicate relationship. When they meet you they’re putting all their chips up. It makes or breaks.―Henry Rollins

37. I think about the meaning of pain. Pain is personal. It belongs to the one feeling it. Probably the only thing that is your own. I like mine.―Henry Rollins

38. To this day, my haircut is the number two clippers, which I apply to myself every month.―Henry Rollins

39. I think that humans have a huge capacity to carry pain and sadness. There are things that haunt us our entire lives; we are unable to let them go. The good times seem almost effervescent and dreamlike in comparison with the times that didn’t go so well.―Henry Rollins

40. If I lose the light of the sun, I will write by candlelight, moonlight, no light, If I lose paper and ink, I will write in blood on forgotten walls. I will write always. I will capture nights all over the world and bring them to you.―Henry Rollins

42. I am an optimist because I want to change things for the better and I know that blood has to be spilled and disharmony and cruelty are necessary to do that.―Henry Rollins

43. I once asked Ozzy Osbourne, truly one of my favorite people in the world, if he was cool with singing Black Sabbath songs year after year, whether he was performing with Black Sabbath or out on a solo tour. He said it was great.―Henry Rollins

44. One person’s disaster is another person’s talking point.―Henry Rollins

45. I tend to gravitate to the darkest or most obscure part of any venue in an effort to have my own space to experience the music on my own, free from unwanted conversations and other distractions.―Henry Rollins

46. With any advent in technology, any technological innovation, there is the good and the bad.―Henry Rollins

47. Now and then, someone is able to look at an empty space, conclude it would be a great place to start a revolution, and bravely go forward.―Henry Rollins

49. Where there are young people and vitality, you’re going to find punk rock.―Henry Rollins

50. Change is hard, but change is good. ―Henry Rollins

He was grown up at Glover Park. Henry Rollins’ mother took his responsibility. His early life was very challenging, with different adverse incidents. He was suffering from hyperactivity.

Henry Rollins studied at The Bullis School, which was situated in Maryland. This school has a significant impact on him to learn discipline and work ethic.

He acknowledged this fact. When Rollins was a student at this school, he started to write. Later, he joined the American University, Washington. Unfortunately, he dropped out of this University.

Henry Rollins started his interest in music from his early childhood. But he was not a musician from the beginning of his career. We find Rollins working with low-payment.

It was the beginning of his later great success. He worked as a courier of kidney samples in the National Institute of Health.

At the initial phase of his musical career, he had an interest in Punk Rock. He worked with the Washington Bands for two years. He performed in the state of Alert in 1980. We find him performing with the Black Flag Group as an audience. Later he formed his band named ‘Rollins Band.’

During the 1990s and the early 2000s, this band presented many successful works. Some of the works are Hot Animal Machine, Bid Ugly Mouth, Life time, Hard Volume, The End of Silence, The Boxed Life, Eye Scream, Come in the Burn, Think Tank, etc.

In 1994, we found Rollins’ first appearance in Hollywood. His first movie is The Chase. Later, we also find him in the movies named Lost Highway, Johnny Mnemonic, Heat. He acted in some TV series such as The Legend of Korra, Sons of Anarchy, etc. He also worked in a radio show. We also observe Rollins as a successful writer, Producer, and Host. Black Coffee Blues is his successful book.

Henry Rollins’ childhood was harrowing and challenging. At his very young age, his parents got divorced. He was separated from his father’s love and affection at the age of three.

If we look over the story of his early life, we’ll find that he had faced sexual assault in his childhood. He could not tolerate this incident. We’ll find him suffering from severe depression. All his childhood, he faced with low self-esteem.

In his childhood, he was suffering from neurodevelopmental disorder. He had to take medicine for this for a long time. He faced adversities in his life. But he never broke down in his life. Instead, he had proved his abilities and talent to the world. We should also face all of our difficulties with courage.