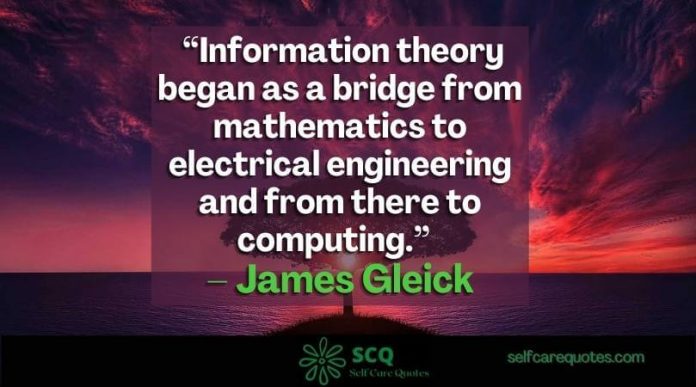 1. “Information theory began as a bridge from mathematics to electrical engineering and from there to computing.” – James Gleick

2. “I was originally supposed to become an [Electrical] engineer but the thought of having to expend my creative energy on things that make practical everyday life even more refined, with a loathsome capital gain as the goal, was unbearable to me.” – Albert Einstein

3. “Having an audience is almost like plugging me into an electrical outlet. People feed me so much of their energy. We have a great time. It’s all about the fellowship.” – Paula Deen

5. “I suppose the reason I chose electrical engineering was that I had always been interested in electricity, involving myself in such projects as building radios from the time I was a child.” – Koichi Tanaka

6. “A few words about Sarah Palin: She is one of the most fascinating women I have ever met. She crackles with energy like a live electrical wire and on the first meeting gets about three inches from your face.” – Mark McKinnon

7. “Neon signs don’t consume much power, but they look like they do. A cousin of fluorescent lighting, neon is actually quite energy-efficient. A neon tube glows coolly when high-voltage, low-amperage electrical power excites the gas within it.” – Virginia Postrel 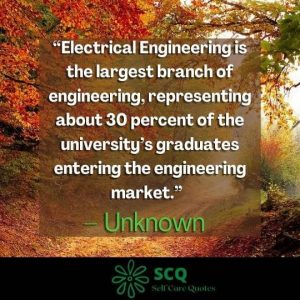 8. “Electrical Engineering is the largest branch of engineering, representing about 30 percent of the university’s graduates entering the engineering market.” – Unknown

9. “The design of this memoir is to deduce strictly from a few principles, obtained chiefly by experiment, the rationale of those electrical phenomena which are produced by the mutual contact of two or more bodies, and which have been termed galvanic; its aim is attained if by means of it the variety of facts be presented as unity to the mind.” – Georg Ohm

10. “It is not too much to expect that our children will enjoy in their homes [nuclear generated] electrical energy too cheap to meter.” – Lewis Straus

What is an electrical engineer?

An electrical engineer is a person who has received a degree in engineering with a focus on designing and developing technology that relies on electricity.

11. “Computer science is neither mathematics nor electrical engineering.” – Alan Perlis

The field of Electrical Engineering can be both rewarding and challenging. It takes a lot of dedication, and sometimes perseverance to succeed. For those that are up for the challenge, we’ve compiled a list of inspirational quotes from some famous people in the industry to give them a little extra motivation as they work their way through school.

14. “Colleges will try to get good students. That’s the way to go. When I chaired my department of Materials Engineering at the Technion in 1990, we started a program for which we set the bar very high. It was the highest at the Technion, above electrical engineering and medicine.” – Dan Shechtman

15. “I wanted to further my education, so I went on to get a Ph.D. in electrical engineering and came back and served about ten years in the Canadian Navy as what we call a combat systems engineer.” – Marc Garneau

16. “There are fields of scientific work…which have been explored from the different sides of pure mathematics, statistics, electrical engineering, and neurophysiology…in which every single notion receives a separate and different name from each group, and in which important work has been triplicated or quadruplicate, while still other important work is delayed by the unavailability in one field of results that may have already become classical in the next field.” – Norbert Wiener

18. “My dad owns a company that lends equipment to industrial projects. I’ve been obsessed with taking it over since I could talk. I’d follow him and repeat conversations about how many tons of cranes were arriving. He said it was a man’s world, so I studied electrical engineering because it was related.” – Ruchi Sanghvi

19. “A point of great importance would be first to know: what is the capacity of the earth? And what charge does it contain if electrified? Though we have no positive evidence of a charged body existing in space without other oppositely electrified bodies being near, there is a fair probability that the earth is such a body, for by whatever process it was separated from other bodies — and this is the accepted view of its origin — it must have retained a charge, as occurs in all processes of mechanical separation.” – Nikola Tesla

20. “In the present state of our knowledge, it would be useless to attempt to speculate on the remote cause of the electrical energy… its relation to chemical affinity is, however, sufficiently evident. May it not be identical with it, and an essential property of matter?” – Humphry Davy

21. “I think my most important work has been done on the borderlines between different areas of science. My first work was in geophysics, a combination of physics and geology, and then at the Bell Laboratories, it was more a combination of physics and electrical engineering. That’s what I’m following more or less as time goes on. My appointment here at the university relates to physics and electrical engineering, but I have also worked in the borderline areas between physics and chemistry. I think reading widely and being interested in many different areas in science is important.” – John Bardeen

23. “Whether you’re studying electrical engineering or poetry, college is not about maximizing income, it’s about becoming a better and more informed observer of the universe. And for me, at least, that what’s leads to a more fulfilling life.” – John Green

24. “To define it rudely but not inaptly, engineering is the art of doing that well with one dollar which any bungler can do with two after a fashion.” – Arthur M. Wellington 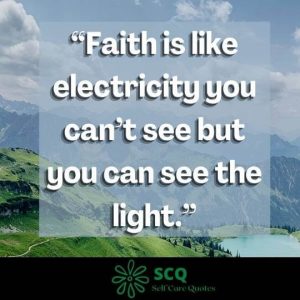 25. “Faith is like electricity you can’t see but you can see the light.”

26. “No resistance can drop your potential.”

27. “Pain reaches the heart with electrical speed, but truth moves to the heart as slowly as a glacier.” – Barbara Kingsolver

28. “I was born into a working-class Irish Catholic family at the brutal bottom of the Great Depression. I suppose this early imprinting and conditioning made me a life-long radical. My education was mostly scientific, majoring in electrical engineering and applied math. Those imprints made me a life-long rationalist. I have become increasingly skeptical about, or detached from, the assumption that radicalism and rationalism are the only correct perspectives with which to view life, but they remain my favorite perspectives.” – Robert Anton Wilson

29. “We got half the doggone MIT college of engineering here, and nobody who can fix a doggone /television/?” Dr. Joseph Abernathy glared accusingly at the clusters of young people scattered around his living room. That’s /electrical/ engineering, Pop,” his son told him loftily. “We’re all mechanical engineers. Ask a mechanical engineer to fix your color TV, that’s like asking an Ob-Gyn to look at the sore on your di-ow!” Oh, sorry,” said his father, peering blandly over gold-rimmed glasses. “That your foot, Lenny?” – Diana Gabaldon

30. “We’re made up of energy, so who’s to say you can’t transmit through electrical means? If you could transmit yourself wirelessly, then it’s Armageddon pretty much.” – Ian Somerhalder

31. “We’re electrical items and when we die the electricity goes somewhere else. When we die our energy goes into the galaxy.” – Dominic Monaghan

32. “The positive and negative poles of a battery create an electrical flow. The masculine and feminine poles between people create a flow of sexual energy in motion.” – David Deida

34. “The electrical engineer has an enormous advantage over other engineers; everything lends itself to exact calculation, and a completed machine or any of its parts may he submitted to the most searching electrical and magnetic tests, since these tests, unlike those applied by other engineers, do not destroy the body tested.” – John Perry 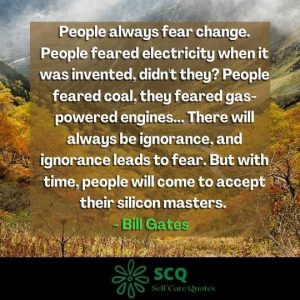 35. People always fear change. People feared electricity when it was invented, didn’t they? People feared coal, they feared gas-powered engines… There will always be ignorance, and ignorance leads to fear. But with time, people will come to accept their silicon masters. – Bill Gates

If you are someone who likes to work with your hands and minds, as opposed to staring at a computer screen for hours on end, electrical engineering may be the perfect field for you.