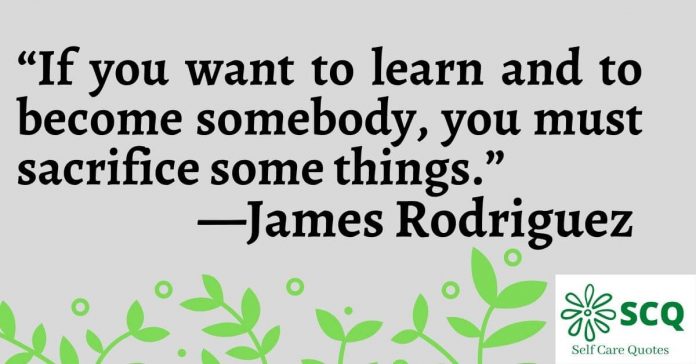 One of the biggest clubs in Spain spends 63 Million Euros to bring him to their team. James Rodriguez was the most expensive Colombian footballer of history.

He also played for clubs like Everton. Now James Rodriguez has signed a contract with German club Bayern Munich. He has a lot of achievements as a footballer.

Rodriguez was the captain of the Colombian Football team in many tournaments. He was also the Golden Boot winner of the 2014 FIFA World Cup. Besides being a footballer, James Rodriguez quotes are also famous. 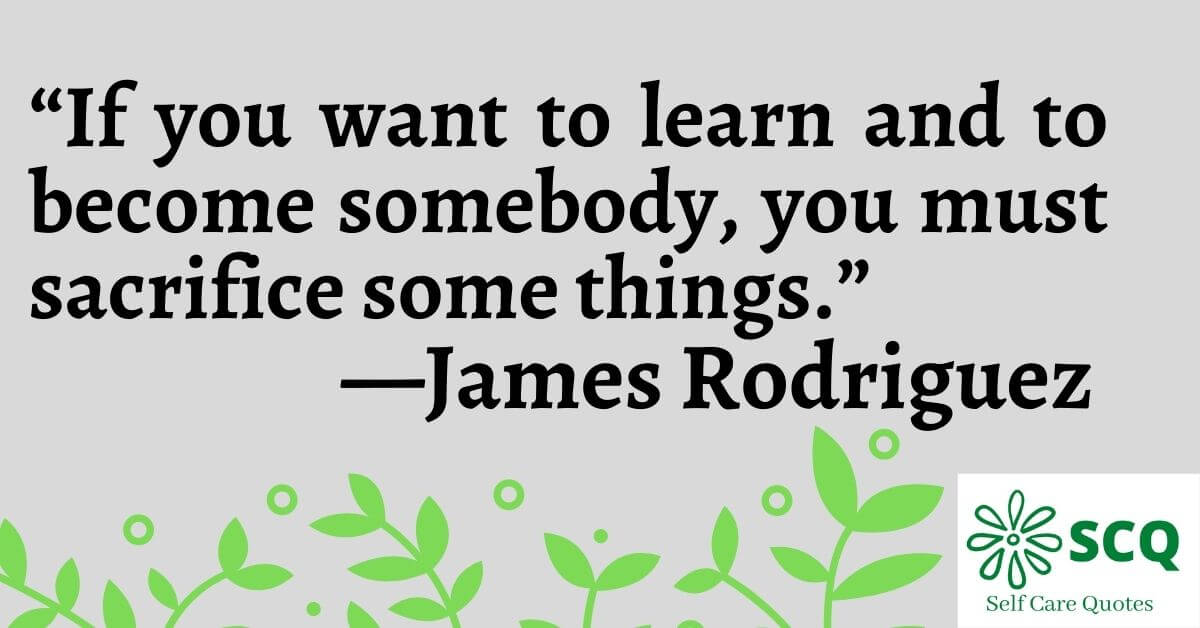 1. “If you want to learn and to become somebody you must sacrifice some things.—James Rodriguez

2. In football, you can win or lose. We always have to be together, with the same spirit we’ve always had.—James Rodriguez Click To Tweet

3. “Any player would want to be involved in games against Argentina.”—James Rodriguez

4. “Some people think that your life changes for the worse when you become a father, but on the contrary, when my daughter was born, she brought light and joy into my life.”—James Rodriguez

5. “Ancelotti is a great coach, and we talk often.”—James Rodriguez

6. “The fans want a nice game, and when not everything goes so well, they have every right to boo.” —James Rodriguez

7. “I’m a great professional. What’s been said about me going out a lot at night is a lie.”—James Rodriguez

8. “You always dream to have a great World Cup.”—James Rodriguez

9. “What the not-so-good moments gave me at Real Madrid, I think they helped me grow.”—James Rodriguez

10. “I try to improve every day so that things go well. You must keep training strongly every day.”—James Rodriguez

11. “When you play and have the support of everyone, it makes a difference.”—James Rodriguez

13. “Players at the top level have to be ready for everything.”—James Rodriguez

14. “With time, you learn to be calmer.”—James Rodriguez

16. “In a big club, you always want to win titles.”—James Rodriguez

17. “To be alongside great stars is something really special. I hope I can get better, bit by bit.”—James Rodriguez

18. “I try every day to grow more and to help the team so we can do well.”—James Rodriguez

19. “Bayern Munich is as big a club as Real Madrid, if not even bigger.”—James Rodriguez

20. “I just want to play week in, week out.”—James Rodriguez

21. I think I am someone who is happy playing football. It is just that. Whenever I go onto the pitch, I always try and be happy. That is the big motivation that I have always had. Nothing else. —James Rodriguez

22. “I think having kids is really something so beautiful.”—James Rodriguez

23. “In football, you can win or lose. We always have to be together, with the same spirit we’ve always had.” —James Rodriguez

24. “I always watch Messi and try to copy him, Messi is a step above the rest, the best player ever.”—James Rodriguez

25. “Messi is from another planet.”—James Rodriguez

26. “Before a match, I just ask God to make sure everything works out good.—James Rodriguez Click To Tweet

27. “Everyone who is close to me knows how I act and that I always look to take good care of myself.”—James Rodriguez

28. “You have to go to your limit to progress.”—James Rodriguez

29. “There are always bad games and bad afternoons.”—James Rodriguez

30. I would love to play in Spain. It would be a dream to play there, as we are talking about the best league in the world.—James Rodriguez

31. Some people think that your life changes for the worse when you become a father, but on the contrary, when my daughter was born, she brought light and joy into my life. —James Rodriguez

32. I basically live for the game. You constantly have to train yourself and take care of your well-being – your mind and your body. In the morning, I usually train. In the afternoon, I do everything I need to do in order to remain physically healthy. Basically, that is my entire day until about 6 or 7 P.M. —James Rodriguez

33. I’ve liked Real Madrid since the days when Zidane, the Brazilian Ronaldo, Roberto Carlos, and Fernando Hierro were around. I’ve been following them religiously since then.—James Rodriguez

34. I’ve said in the past that I’d like to play in Spain one day, because it is a league that is good technically and where you get a lot of touches on the ball, which is my style. —James Rodriguez

35. “Men cry too, especially when they put all their faith in something.”—James Rodriguez

The early life of Rodriguez is not much known. But we know about his family. James Rodriguez was born on 12 July 1991 in Cúcuta, Colombia. His parents are Wilson James Rodríguez Bedoya and Maria Del Pilar Rubio. James Rodriguez’s father was also a footballer of Colombia U-20 and the national team. But Wilson was a drunk person. Injury and alcohol forced him to leave football. James Rodriguez gets inspiration from his father and becomes a footballer.

The educational life of this famous footballer is not much known. His main education was based on his football career. Universidad Nacional Abierta y a Distancia’s name comes with James Rodriguez. But which degree he achieved from this university is not known.

The first professional start of his football career was with Envigado in 2006, this was a second division football club of Colombia. From then, he played for seven different clubs till the article was written. As the best footballer in his country, James Rodriguez represented his country several times on the world stage.

As I already said, James Rodriguez is the most valuable Colombian footballer of all time. Mainly his playing position and style is attacking winger. But he can adjust himself at any position. This football player was the most discussed player in the 2014-15 session.

We follow people for their qualities. James Rodriguez is a very talented player. But besides this, he is a gentleman. He is a very cool customer of the field. He behaves with his teammates very gently and with respect. In the same way, he is not rude to his opponents.

We find a lot of professions in this world. Among these professions, sportsmanship is one of the most expected ones. A lot of people want to be but very few get success. Successful people are not only lucky but also hard working. These people have some special qualities. James Rodriguez quotes is one of such qualities that makes him unique and also famous among his fans.

Robert Albert RAhttp://selfcarequotes.com
Hi, I'm RA, The Co-Founder of this blog. SelfCareQuotes(SCQ) is the biggest quotation site in the world. I love quotes and enjoy sharing the best ones with you.
RELATED ARTICLES
Quotes

Top 50 Twin Quotes That Will Give You Inspiration