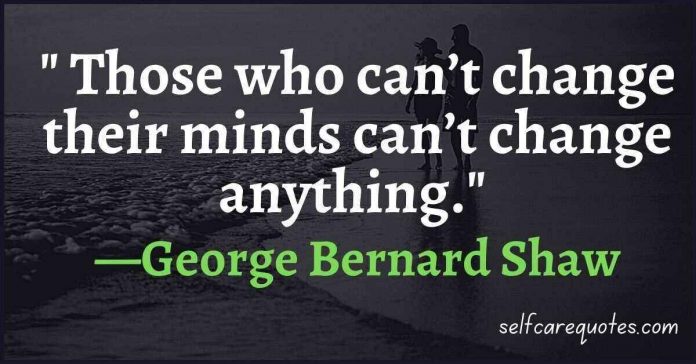 One of the very good modern sides of human nature is open-mindedness. This quality means that the person is very adjustable to different situations. If I make it more clear then we will find that the people who accept new ideas and views very easily are called open-minded people. As I already said, this is a good thing about human nature. We should appreciate new ideas and things.

Open-minded people inspire the new things of our society. For them, change comes in every society. Inspiring this nature of us, some scholars and famous people suggest that we be open-minded. These suggestions are sometimes quoted. These quotes are called open minded quotes. 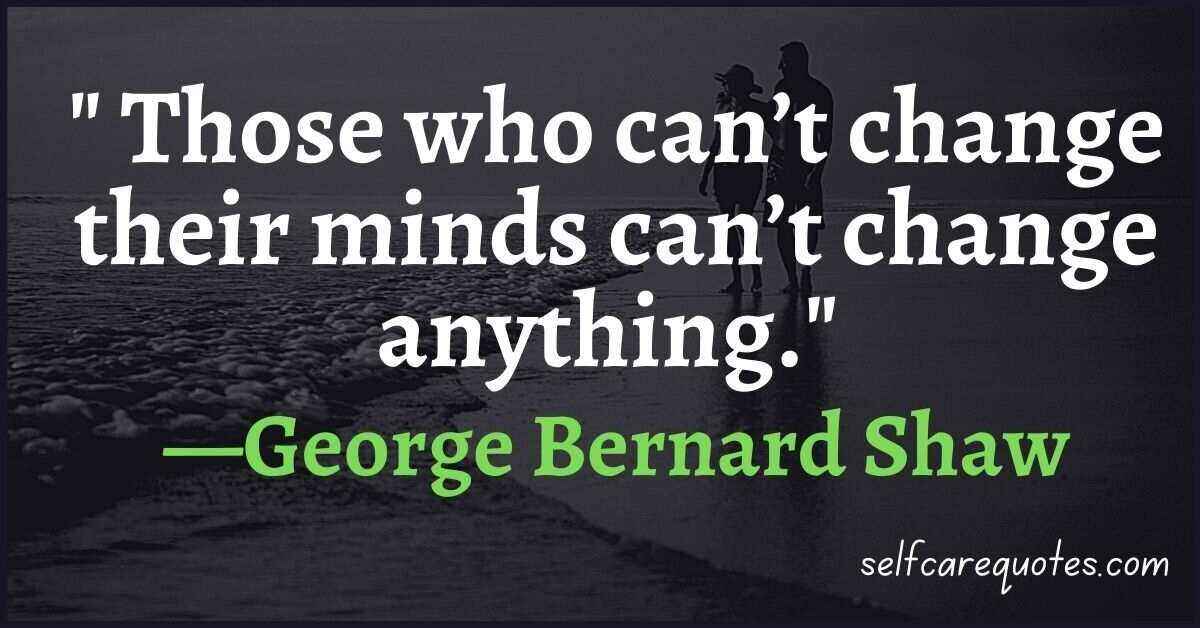 2. Minds are like parachutes, they only function when they are open. —James Dewar

3. It’s okay to disagree with the thoughts or opinions expressed by other people. That doesn’t give you the right to deny any sense they might make. Nor does it give you a right to accuse someone of poorly expressing their beliefs just because you don’t like what they are saying. Learn to recognize good writing when you read it, even if it means overcoming your pride and opening your mind beyond what is comfortable. —Ashly Lorenzana

4. It is the mark of an educated mind to be able to entertain a thought without accepting it.—Aristotle Click To Tweet

5. All truth passes through three stages. First, it is ridiculed. Second, it is violently opposed. Third, it is accepted as being self-evident.—Arthur Schopenhauer

6. By all means let’s be open-minded, but not so open-minded that our brains drop out.—Richard Dawkins

7. Minds are like parachutes – they only function when open.—Thomas Dewar

8. Keep an open mind—but not so open your brain falls out.—Robert Low

9. I believe in an open mind, but not so open that your brains fall out.—Arthur Hays Sulzberger

Quotes About Open Heart and Mind

The concept of open heart and open mind is almost the same. The main thing is being flexible with the new situations. If we have a mind to think positively and think positively then we can accept new ideas and changes in society.

Many times, we find some people around us who think that the world should stay as it was fifty years earlier. They don’t like the changes in society and new things. They are called conservative people. They are the main barrier to the advancement of society. But being too open minded is not acceptable. This will uproot your identity.

10. Without an open-minded mind, you can never be a great success.—Martha Stewart

11. If the individual is to be happy in the contemporary order, he must be open-minded with respect to new values and new arrangements.—Thomas Cochrane

15. You mustn’t be so open-minded that your brains fall out.—Susan Cheever

16. I want someone who is open-minded, dedicated to whatever she is doing and isn’t afraid to say I love you. As for looks, she shouldn’t have three heads. I want a regular human being.—Kevin Eubanks

18. Let go of your attachment to being right, and suddenly your mind is more open.—Ralph Marston

19. Do not be so open-minded that your brains fall out.—Gilbert K. Chesterton

20. New opinions are always suspected, and usually opposed, without any other reason but because they are not already common.—John Locke

21. People are very open-minded about new things – as long as they’re exactly like the old ones.—Charles Kettering

23. Travel is fatal to prejudice, bigotry, and narrow-mindedness.—Mark Twain

24. My mom has a good way of engaging me in a conversation about the choices I make, listening, being objective and open-minded, and respecting those choices so long as they don’t put me in danger.—Casey Affleck

25. People will never forget how you made them feel.—Maya Angelou

26. An artist’s duty is rather to stay open-minded and in a state where he can receive information and inspiration. You always have to be ready for that little artistic Epiphany.—Nick Cave

27. You don’t want to be so open minded that your brains fall out!—Gilbert K. Chesterton

28. Its about continuing to learn and being open-minded, don’t ever think you know it all.—Chris Weidman

30. Be kind. It’s worthwhile to make an effort to learn about other people and figure out what you might have in common with them. If you allow yourself to be somewhat curious – and if you get into the habit of doing that – it’s the first step to being open minded and realizing that your points of view aren’t totally opposite.—Viggo Mortensen 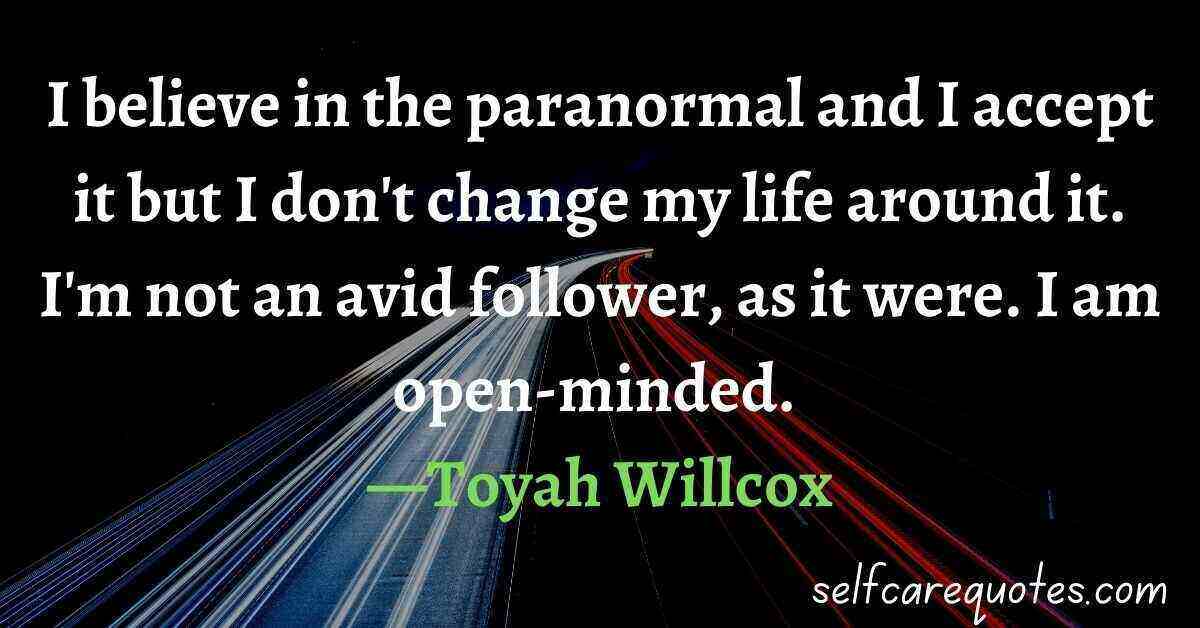 32. I believe in the paranormal and I accept it but I don’t change my life around it. I’m not an avid follower, as it were. I am open-minded. —Toyah Willcox

33. I love the fact that so many of my readers are intelligent, exceptional, accomplished people with an open-minded love of diversity. —Suzanne Brockman

34. I think the more open-minded people we have – like casting directors and producers – the better things are going to be. —Letitia Wright

35. When you run a company, you need to be pretty open-minded. There are a lot of different views on faith, on religion, on many different issues, and you can’t let your own faith be the barometer. —Greg Brenneman

37. I think we have an obligation to put on a fun show and put on a concert that’s memorable, that’s energetic and that spreads joy and open-mindedness. If being open-minded and joyful is against your political beliefs, then you know, f**k you. —Mike Dirnt

38. I think being open-minded about what Nature is trying to tell you is the key to being creative and successful.
—Bonnie Bassler

39. I think romance is a tool, comedy is a tool and drama is a tool. I really just want to tell stories that challenge the viewer, move people, make you laugh, perhaps push an idea about being open-minded but never settle on a genre or an opinion. I hate genre. I like movies that are original in their approach. —Jason Reitman

40. By all means let’s be open-minded, but not so open-minded that our brains drop out. —Richard Dawkins

41. I’m someone who is open-minded to new experiences because they teach you new things.— Marilyn Manson

42. Science at its best is an open-minded method of inquiry, not a belief system. —Rupert Sheldrake

43. I come from a middle-class family, but we are open-minded people. —Kriti Sanon

44. We have to replace our focus on personalities with a focus on ideas so that the opinionated and self-serving pronouncements and forms of cyber-bullying are replaced by thoughtful dialogue and open-minded conversation.— Anthony Carmona

45. My idea about the role of artists is to get people to look at things in a way that’s different than the way they normally would if they are being told how to think, what to do. I think when people receive information through art, they are more open-minded. —Shepard Fairey

46. Strategy is, at some level, the ability to predict what’s going to happen, but it’s also about understanding the context in which it is being formulated. And then you have to be open-minded to the fact that you’re not going to get it right at the very beginning. —Martin Dempsey

47. People at the University of Portland were accepting and loving and open-minded. When you have a safety net, it allows you to take risks. —Kunal Nayyar

48. Be very, very patient and very open-minded, and listen to what people have to say. —A. J. McLean Click To Tweet

49. I just think you can’t shut your life off to just, you know, one thing. You gotta be open-minded. Explore things. Feed your artist. —Antoine Fuqua

50. To prevent discussion of any other explanations of human origins is hardly what I would expect from open-minded educators. —Tony Campolo

Quotes About Being Open to Possibilities

We are habituated with the thing going on. We think that the present system is best for us. But this is not good. Sometimes some better things can change our life and society. For this reason, we have to be open minded. Open-mindedness helps us to accept change and new ideas. Open minded quotes can help us to be more open minded.