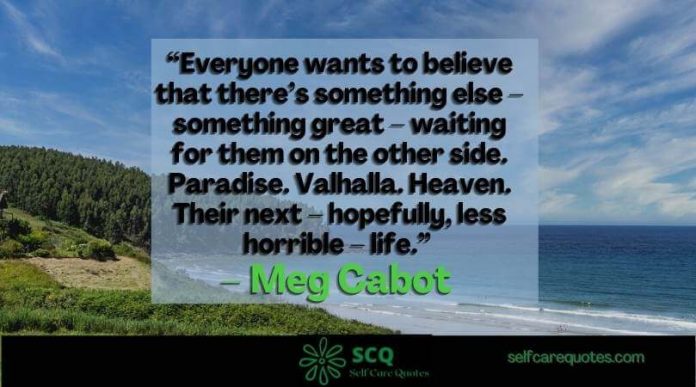 Valhalla is a location in Norse mythology where combatants killed in battle, as well as other warriors who have died from natural causes, go to await their fate. It is a place of feasting and joy before the final battle with the forces of evil. Valhalla has been a source of inspiration for many quotes about courage and victory. This article will explore some of those quotes about Valhalla which offer a glimpse into the meaning behind this important figure in Norse mythology.

1. “Everyone wants to believe that there’s something else – something great – waiting for them on the other side. Paradise. Valhalla. Heaven. Their next – hopefully, less horrible – life.” – Meg Cabot

2. “Welcome to warrior paradise, where you can listen to Frank Sinatra in Norwegian FOREVER!” – Rick Riordan

3. “I do not regard the rise of women as a bad sign. Rather do I fancy that her traditional subordination was itself an artificial and undesirable condition based on Oriental influences. Our virile Teutonic ancestors did not think their wives unworthy to follow them into battle, or scorn to dream of winged Valkyries bearing them to Valhalla.” – H. P. Lovecraft

5. “Who knows, Ragnar, what the gods have in store for us. But this, I can never imagine. If you have gone to Heaven, then we will never meet again. And yet, I think Odin will ride like the wind, and rescue you, and take you to Valhalla, where you belong, my own sweet Ragnar. And there, there we shall meet again, and fight and drink and… love one another.” – Legartha

6. “I have had a sign. A sign that blood must be spilled, a sacrifice be made. I have waited a long time for such a sign. And now my purpose is clear.” – Floki

7. “Nearby is Valhalla, vast, and gold-bright. And every day, Odin chooses slain men to join him. They arm themselves and fight in the courtyard. They kill one another, but every night they rise again and ride back to the hall, and feast. The roof is made out of shields. The rafters are spears. Coats of mail litter the benches. A wolf stands at the Western door and an eagle hovers above it. It has five hundred and forty doors, and when Ragnarok comes, eight hundred warriors will march out of each door, shoulder to shoulder.” – Floki 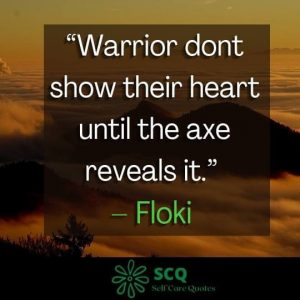 8. “Warrior dont show their heart until the axe reveals it.” – Floki

9. “It gladdens me to know that Baldr’s father [Odin] makes ready the benches for a banquet. Soon we shall be drinking ale from the curved horns. The champion who comes into Odin’s dwelling [Valhalla] does not lament his death. I shall not enter his hall with words of fear upon my lips. The Æsir will welcome me. Death comes without lamenting… Eager am I to depart. The Dísir summon me home, those whom Odin sends for me [Valkyries] from the halls of the Lord of Hosts. Gladly shall I drink ale in the high-seat with the Æsir. The days of my life are ended. I laugh as I die.” – Ragnar Lodbrok

10. “Think of glory. Think of your reputation. Think how great it’ll look on your next resume. ‘On my cenotaph, you mean. Nobody will be able to collect enough of my scattered atoms to bury. You going to cover my funeral expenses, son?’ Splendidly. Banners, dancing girls, and enough beer to float your coffin to Valhalla.’ – Miles coaxing Ky Tung to agree to an almost suicidal mission.” – Lois McMaster Bujold

12. “But we do not choose our deaths. The Norns do that at the foot of Yggdrasil and I imagined one of those three Fates holding the shears above my thread. She was ready to cut, and all that mattered now was to keep tight hold of my sword so that the winged women would take me to Valhalla’s feasting-hall.” – Bernard Cornwell

13. “Valhalla on the right. Paradise regained on the left. Stuck between a Godiva truffle and a chocolate eclair. Between a rock and a very hard place. Two very hard places from the looks of it.” – Karen Marie Moning

14. “We humans are naturally disposed to worship gods and heroes, to build our pantheons and Valhalla. I would rather see that impulse directed into the adoration of daft singers, thicko footballers, and air-headed screen actors than into the veneration of dogmatic zealots, fanatical preachers, militant politicians, and rabid cultural commentators.” – Stephen Fry

15. “Though I suppose you would have like that better since you Northmen are so eager to die.Not just die, Leif corrected, Die in battle.” – Jessica Leake

16. “Africa is mystic; it is wild; it is a sweltering inferno; it is a photographer’s paradise, a hunter’s Valhalla, an escapist’s Utopia. It is what you will, and it withstands all interpretations. It is the last vestige of a dead world or the cradle of a shiny new one. To a lot of people, as to myself, it is just ‘home’. It is all these things but one thing – it is never dull.” – Beryl Markham 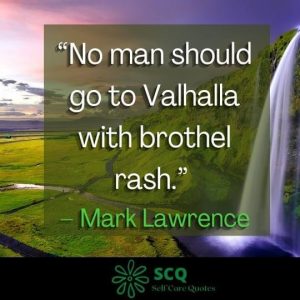 17. “No man should go to Valhalla with brothel rash.” – Mark Lawrence

18. “The room was not impressively large, even by Manhattan apartment-house standards, but its accumulated furnishings might have lent a snug appearance to a banquet hall in Valhalla.” – J. D. Salinger

19. “He wanted to work in Hot Woman Valhalla until he died of testosterone poisoning. (Nick)” – Sherrilyn Kenyon

20. “I’ve never set up any golf course that would favor anybody. I try to make it exactly the opposite, which is what we did at Valhalla when we modernized it to accommodate the lengths players are hitting it today.” – Jack Nicklaus

21. “As for Hitler, his professed religion unhesitatingly juxtaposed the God-Providence and Valhalla. Actually his god was an argument at a political meeting and a manner of reaching an impressive climax at the end of speeches.” – Albert Camus

Melissa J. Queenhttps://selfcarequotes.com/
Hi, I'm Melissa, The Co-Founder of this blog. I enjoy researching quotes and I want other people to know about them, so that can be a shared experience. Let’s share some of the pieces we have collected from this blog.
RELATED ARTICLES
Aesthetic Quotes

30 Breath Of The Wild Quotes